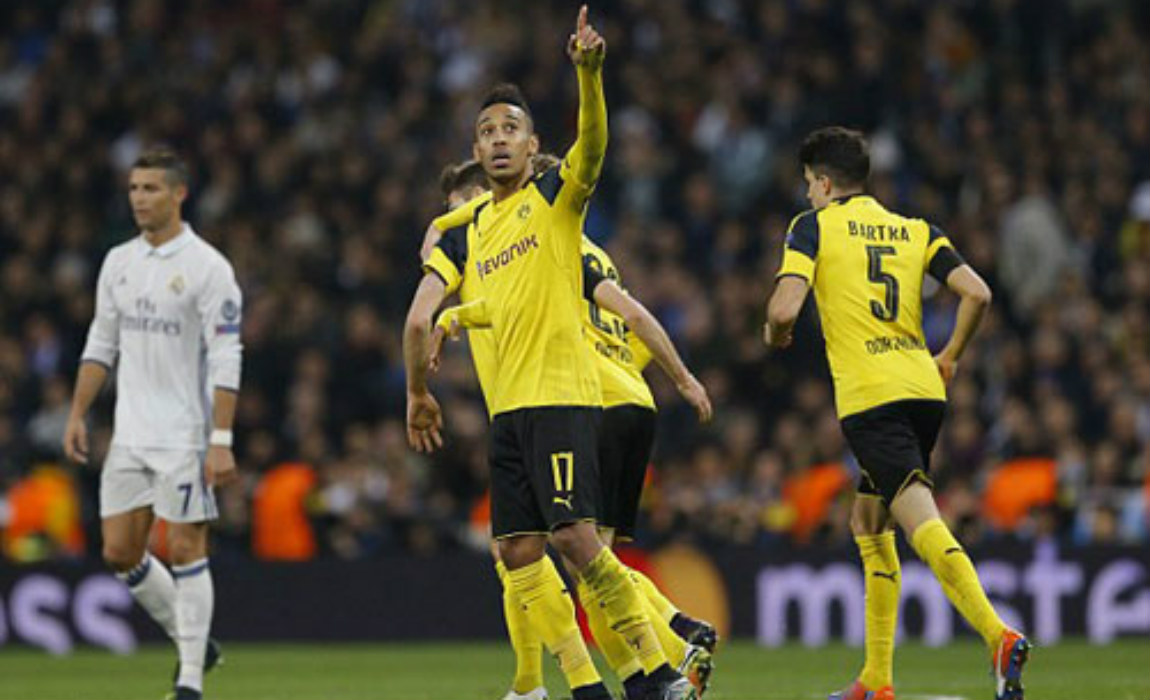 Two goals from Karim Benzema were not enough to give Real Madrid the win they needed to finish as leaders of Group F in the Champions League as Borussia Dortmund fought back from 2-0 down to take a draw in the Santiago Bernabeu Stadium. 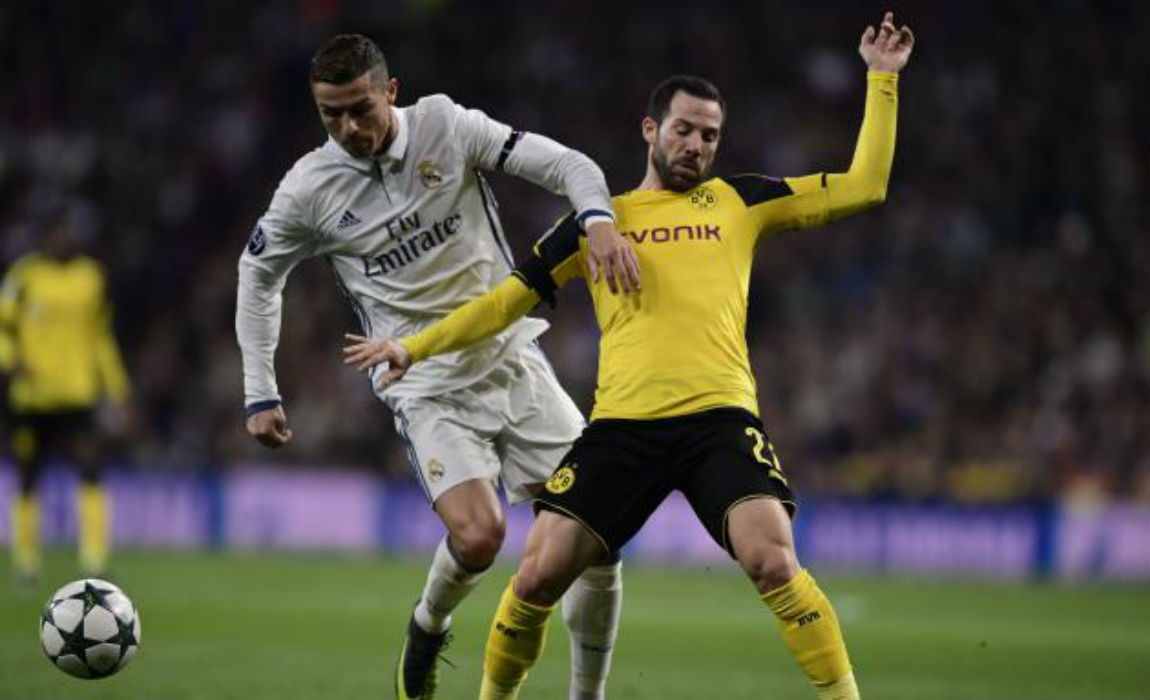 The game got off to a bright start with both sides looking to play positive football although Madrid had the best of the early chances and Borussia goalkeeper Roman Weidenfeller had to be alert to keep out shots from Benzema, Cristiano Ronaldo and James Rodriguez, who was back in the Real Madrid starting 11. 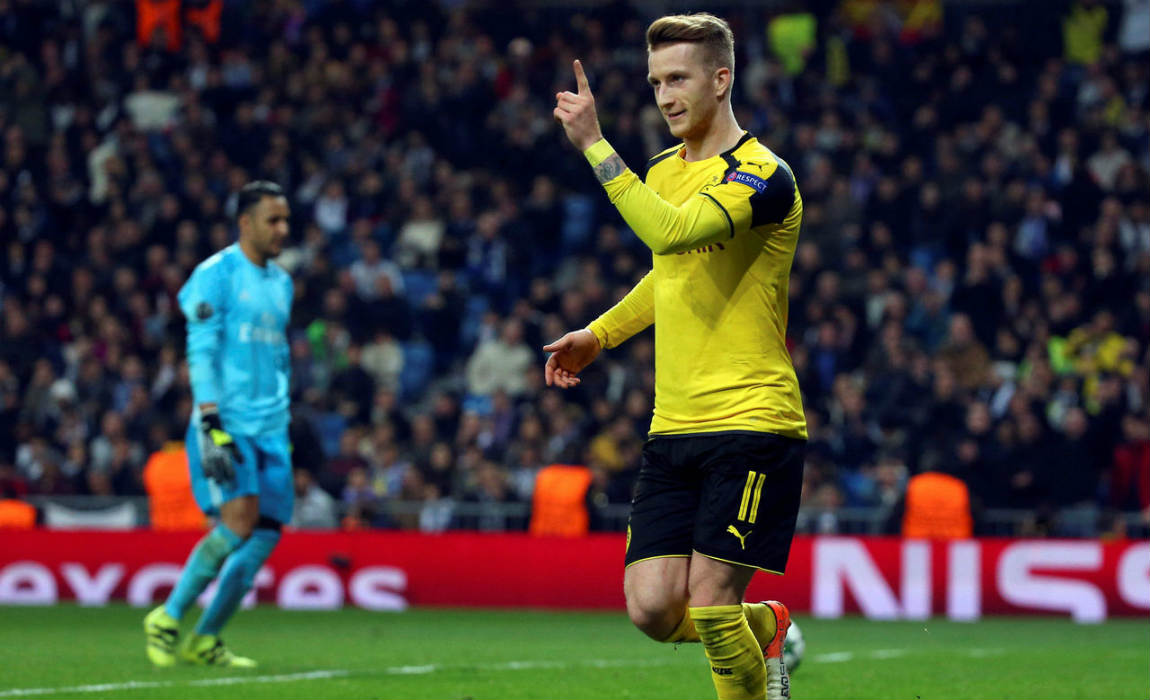 The home side took the lead just before the half hour when Dani Carjaval’s far post cross was finished by Benzema, who went some way to answering critics of his discreet display in the Camp Nou on Saturday.

The German side should have leveled the score at the start of the second half, but first Ousmane Dembele prodded wide from a good position in the Madrid area, before Gonzalo Castro failed to make decent contact when the ball was pulled back for him at the edge of Madrid’s six-yard box. 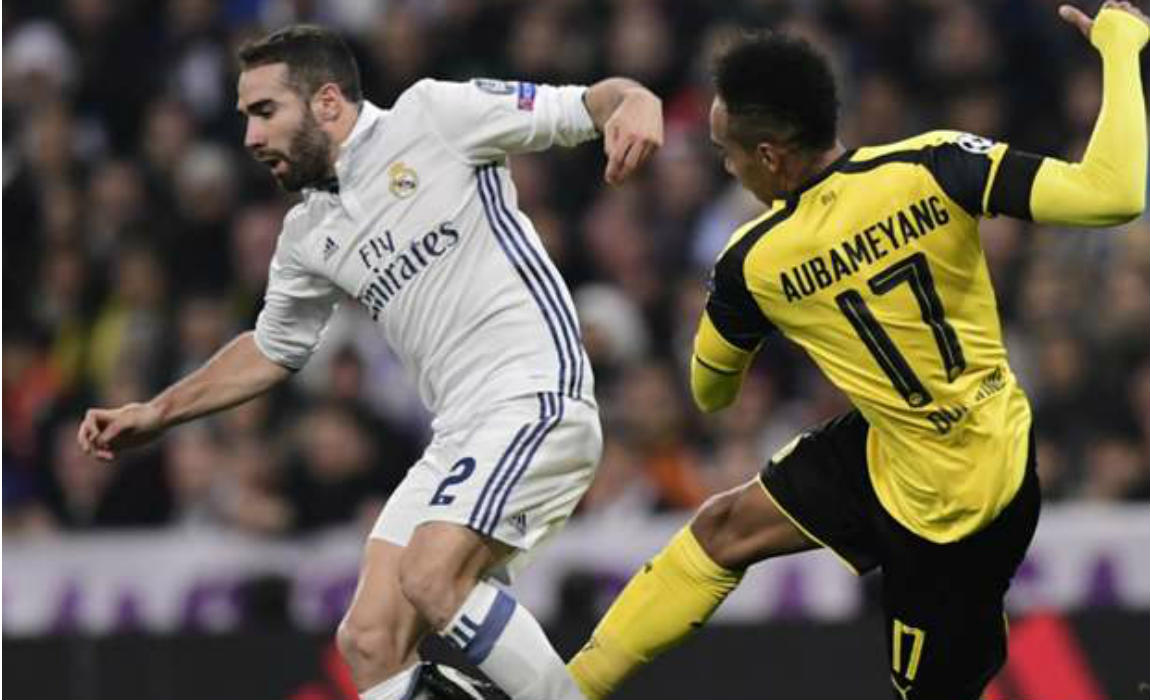 It never pays to miss chances against Madrid and Benzema made Borussia pay for their misses when he headed his second of the night following a deep left wing cross from James in the 53rd minute.

The second goal woke the German side up and they got back into the game when Pierre-Emerick Aubameyang scored from a Schmelzer cross. 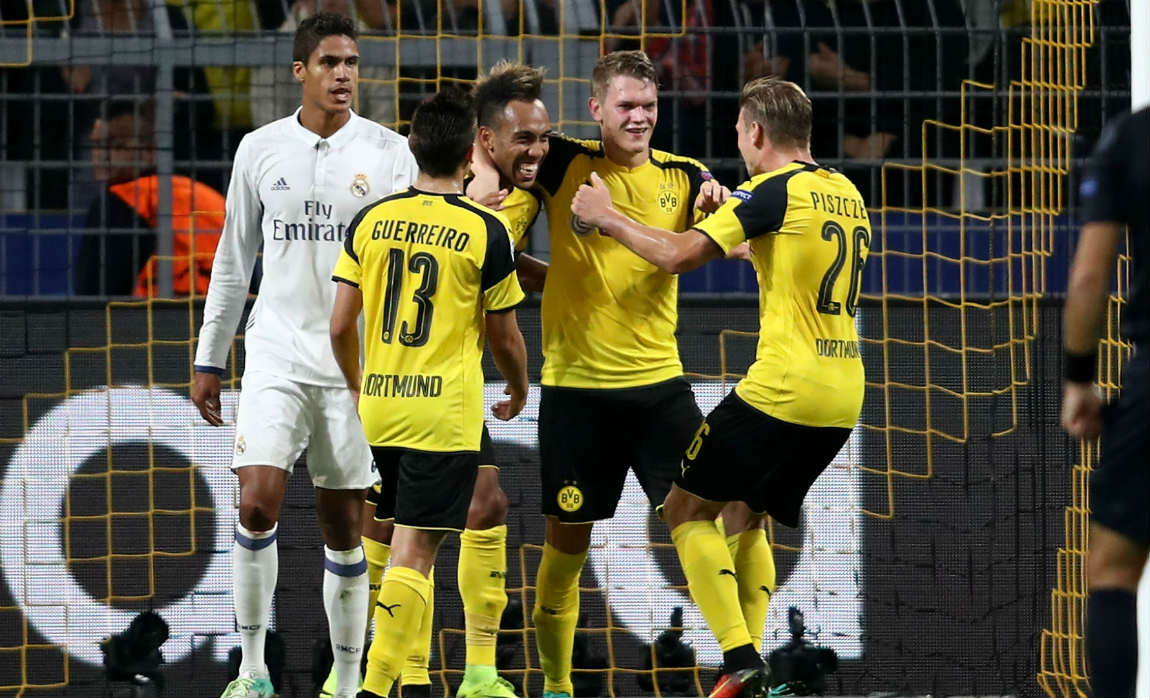 At the other end Marcelo fired over when well placed, while Marco Reus cleared from the line to deny Benzema his hat-trick and Ronaldo, who had done little in the game, saw a shot bounce back off the post.

It looked as if Madrid were going to win, but Marco Reus scored a last minute equalizer to make it 2-2 and see the Germans finish top of their group. 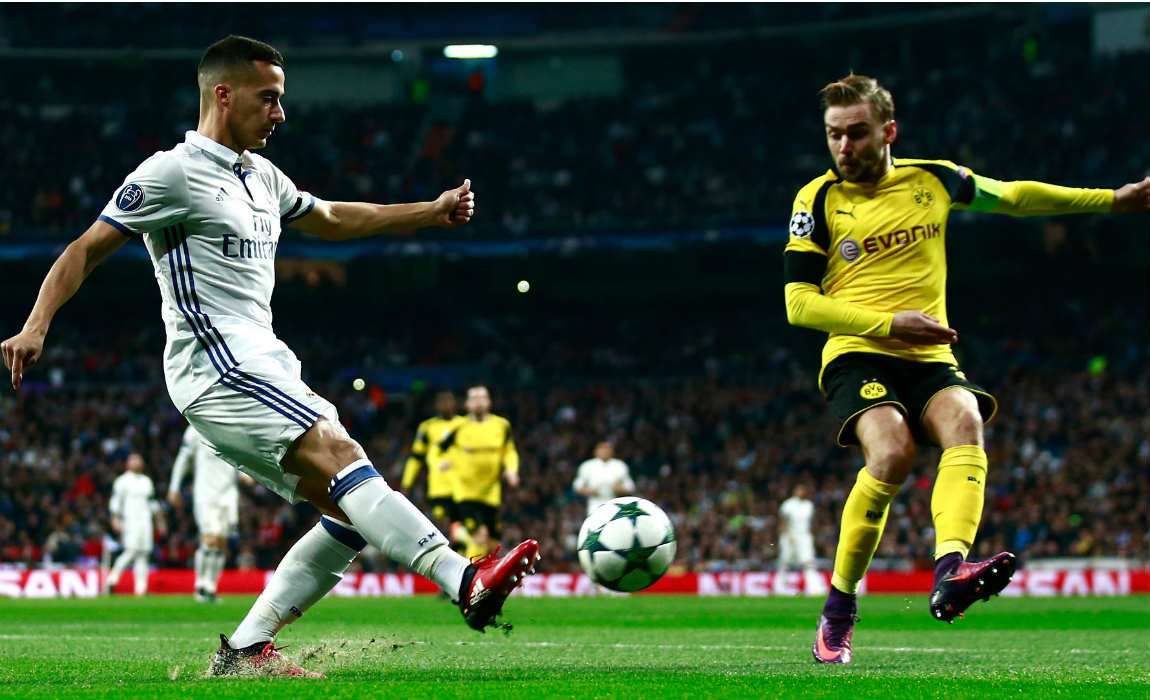 Elsewhere Sevilla drew 0-0 away to Olympique Lyon to ensure the three times Europa League champions join Real Madrid, Barca and Atletico Madrid in the knockout stage of the Champions League.