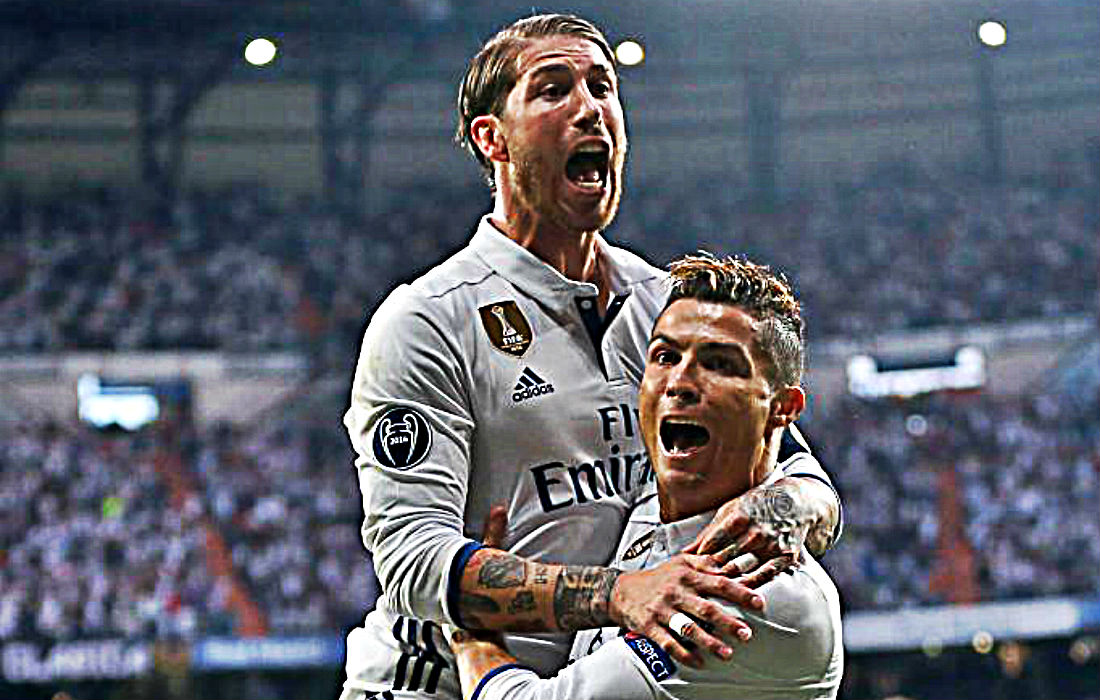 Cristiano Ronaldo scored a hat-trick as Real Madrid took a huge strike towards qualifying for their second Champions League final in two years as they defeated Atletico Madrid 3-0 in the first leg of their semi-final in the Santiago Bernabeu on Tuesday night. 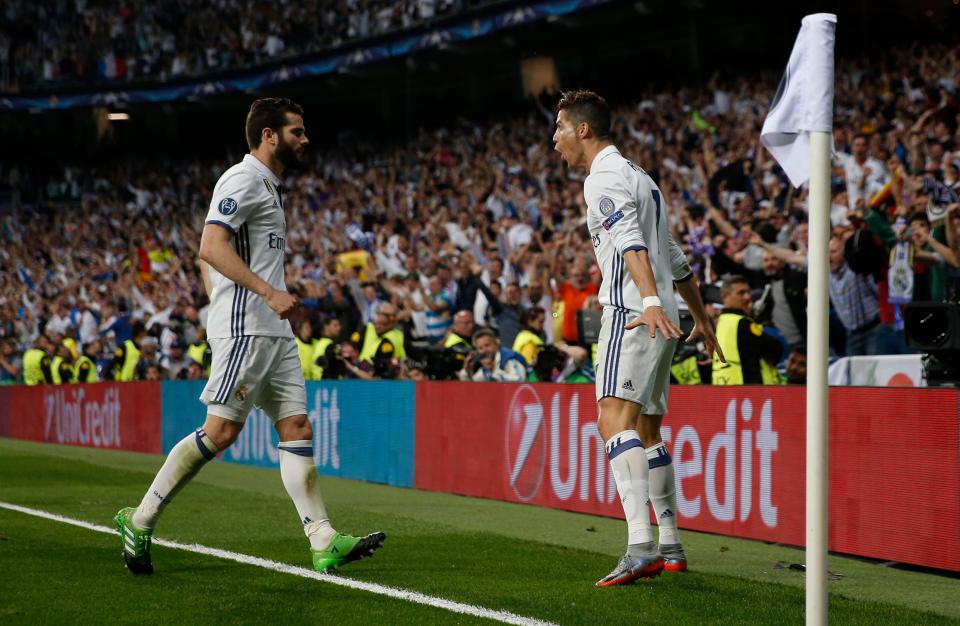 Although the second leg still has to be played in Atletico’ s Vicente Calderon next week, it is hard to imagine Atletico coming back from this defeat, much less after seeing how they only created one significant chance in 90 difficult minutes in the Bernabeu. 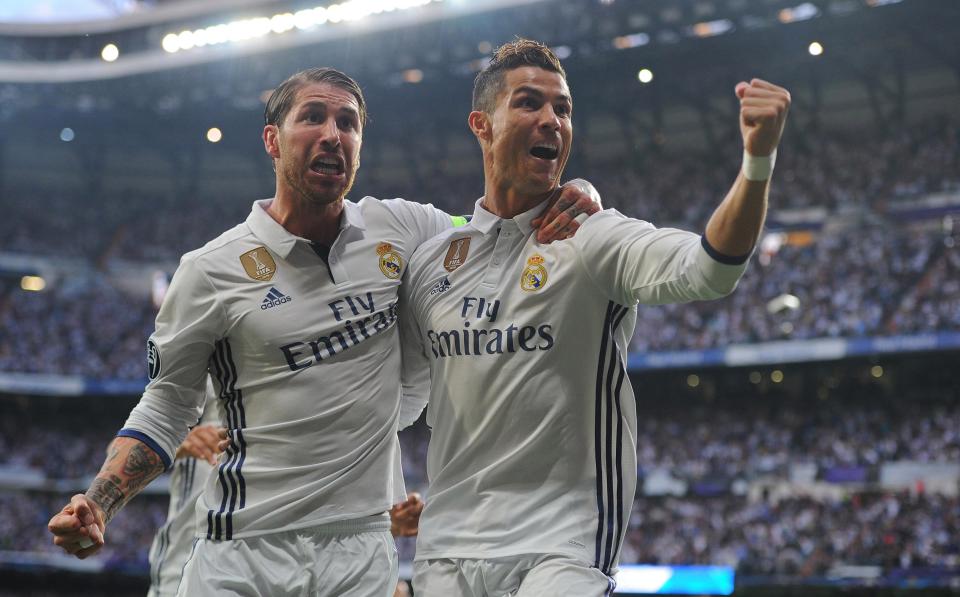 As expected Isco took Gareth Bale’s place in the Real Madrid staring 11 and gave them extra depth and mobility in midfield, while left footed central defender, Lucas Hernandez was given the difficult job of playing at right back for Atletico. 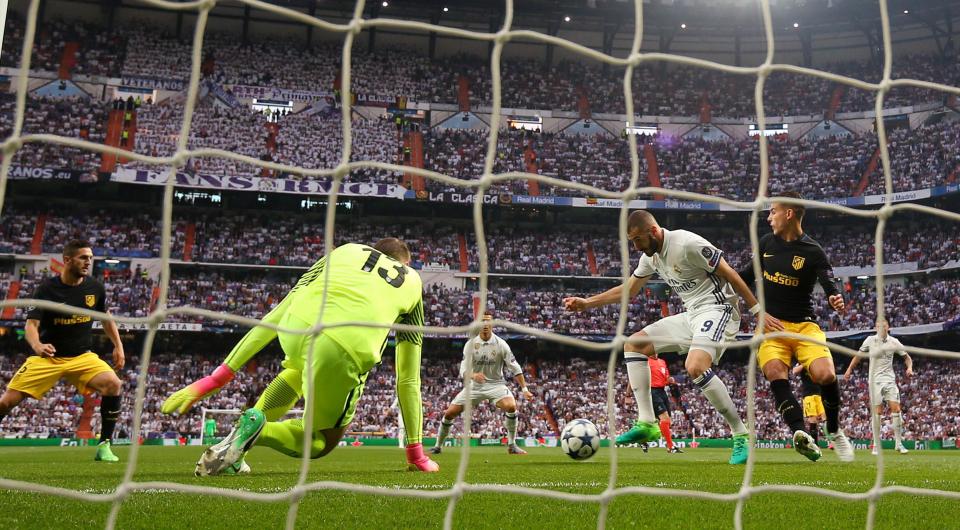 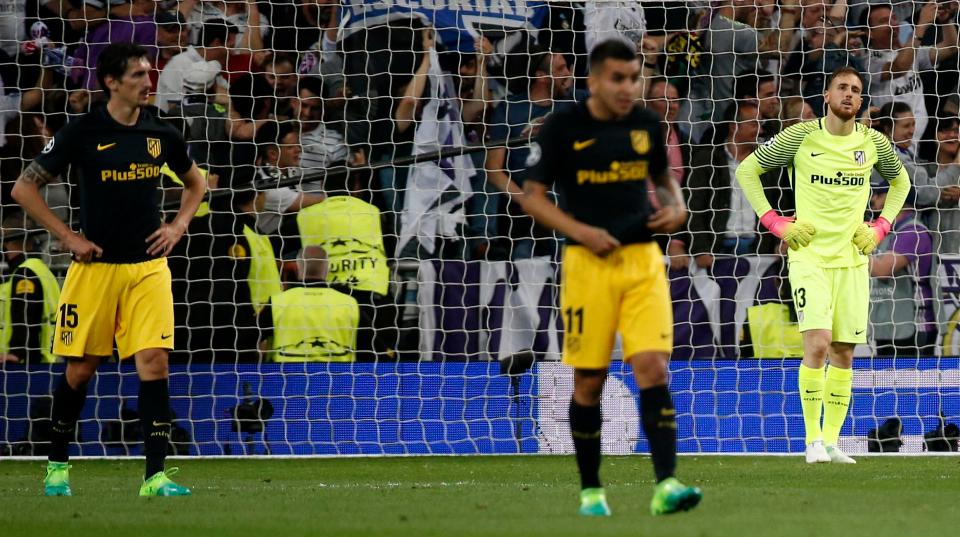 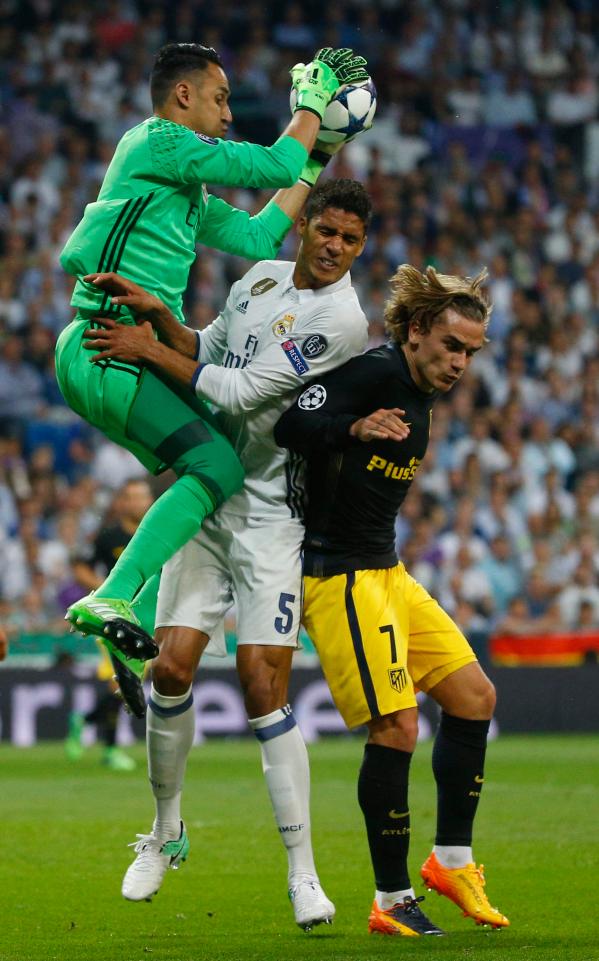 A rare Atletico break saw Keylor Navas react well to deny Kevin Gameiro, who had latched onto a Koke through ball, but the majority of the chances were for the home side as both Luka Modric and Benzema went close to doubling their lead before halftime. 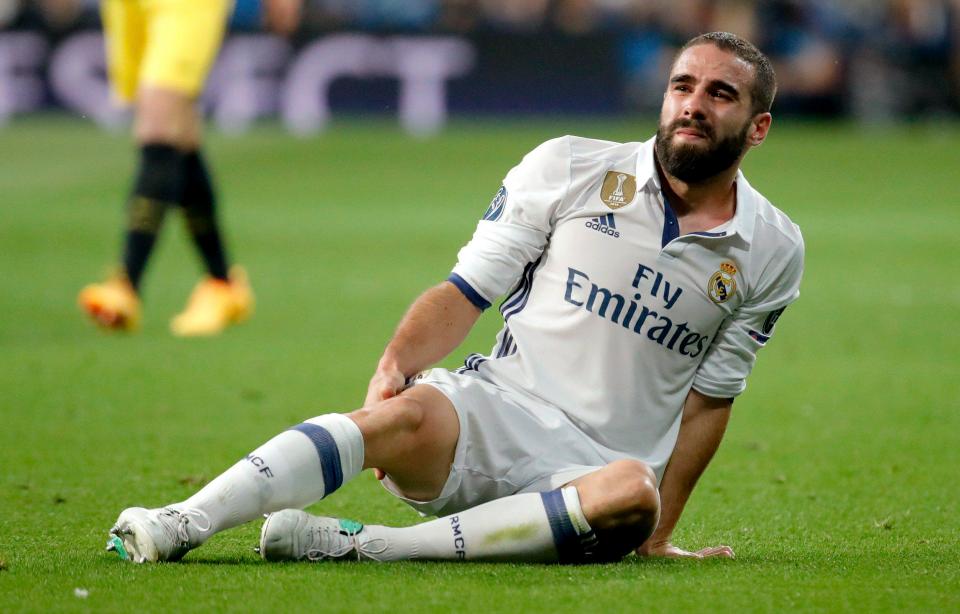 Nacho Fernandez replaced Dani Carvajal in the Madrid side after the break after the right back suffered a muscle injury in the last action of the first half. 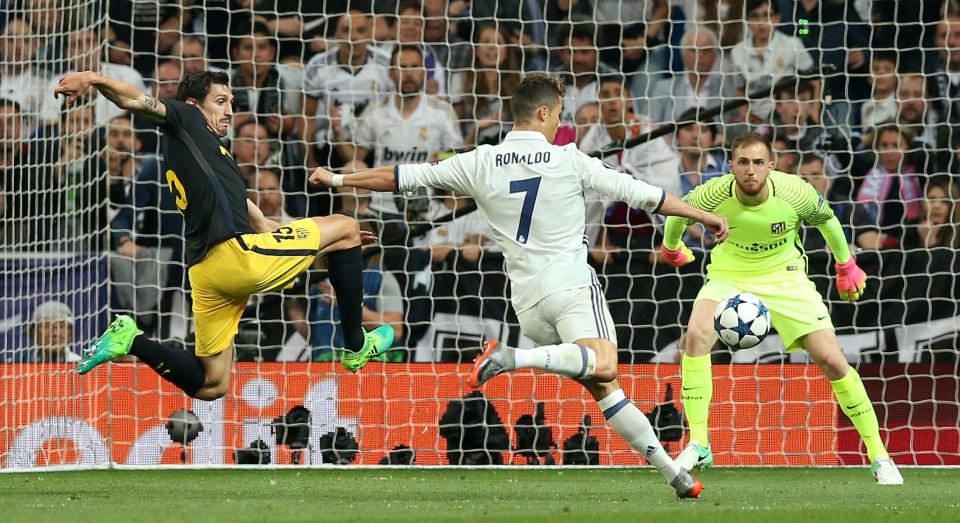 Chances were few and far between, but Ronaldo scored his second of the night after a pass from Karim Benzema with 17 minutes remaining. Felipe Luis tried to make a challenge, but the ball rebounded for Ronaldo, who gave Oblak no chance with a drilled shot from 18 yards. 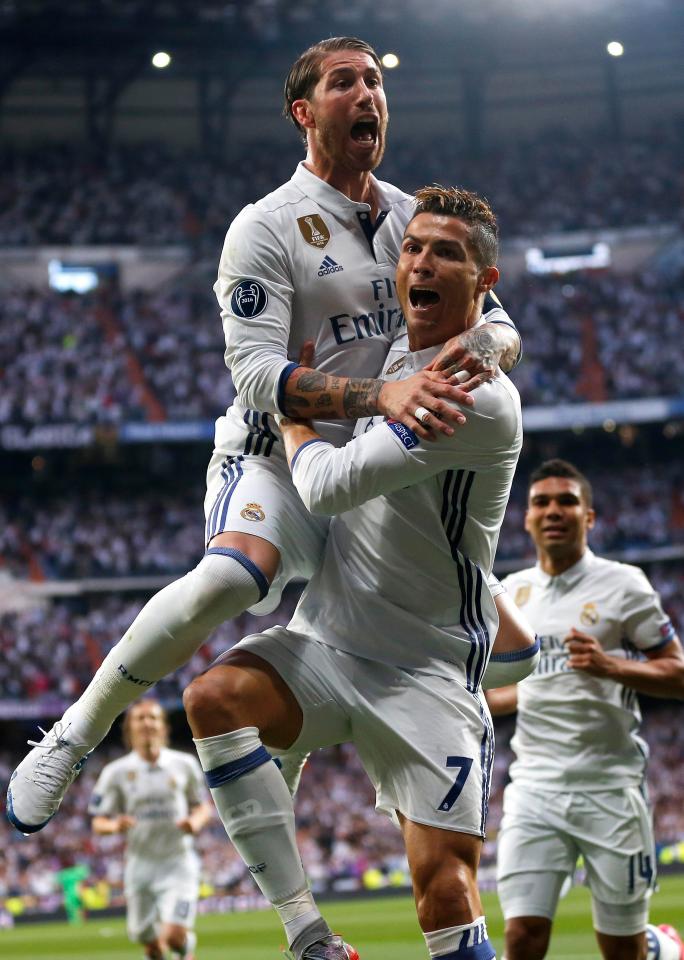 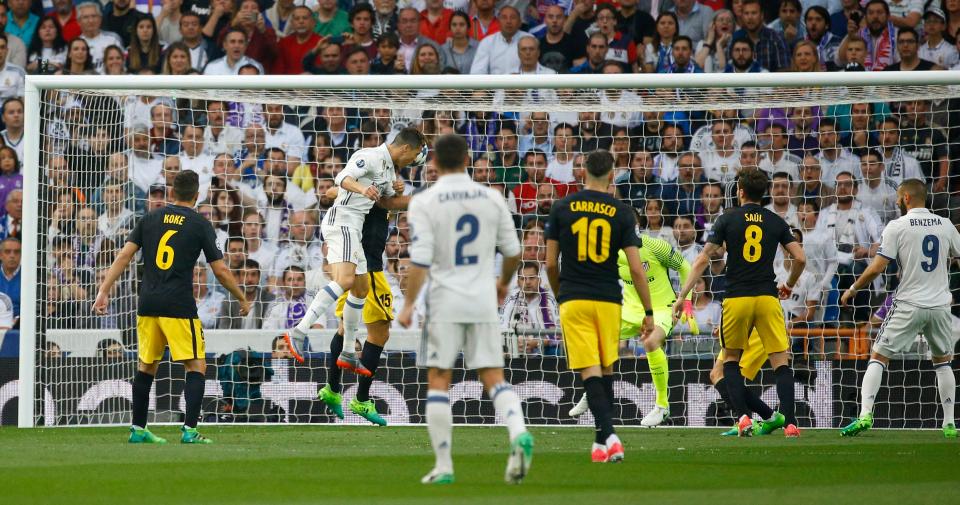 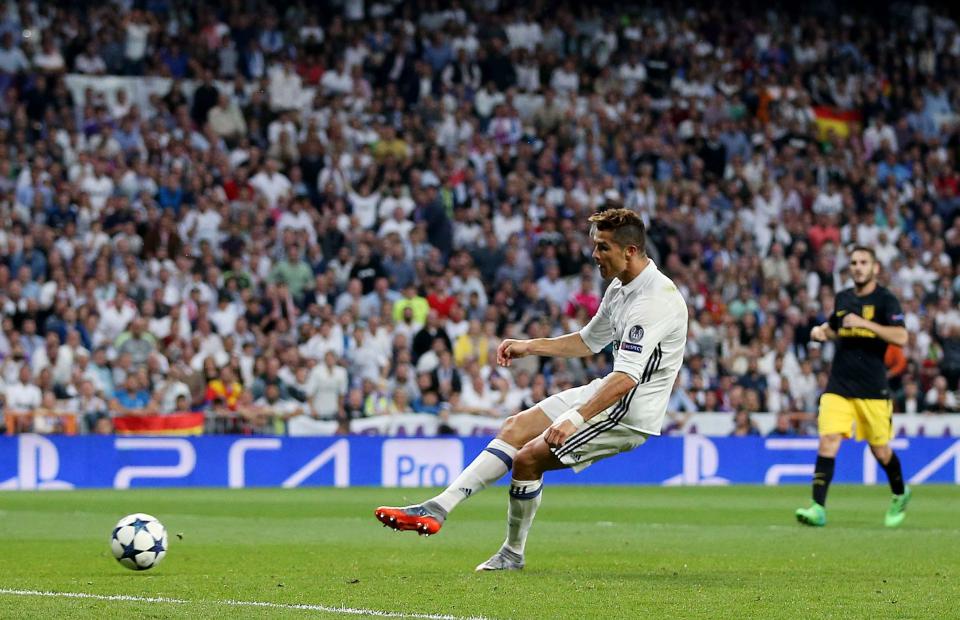