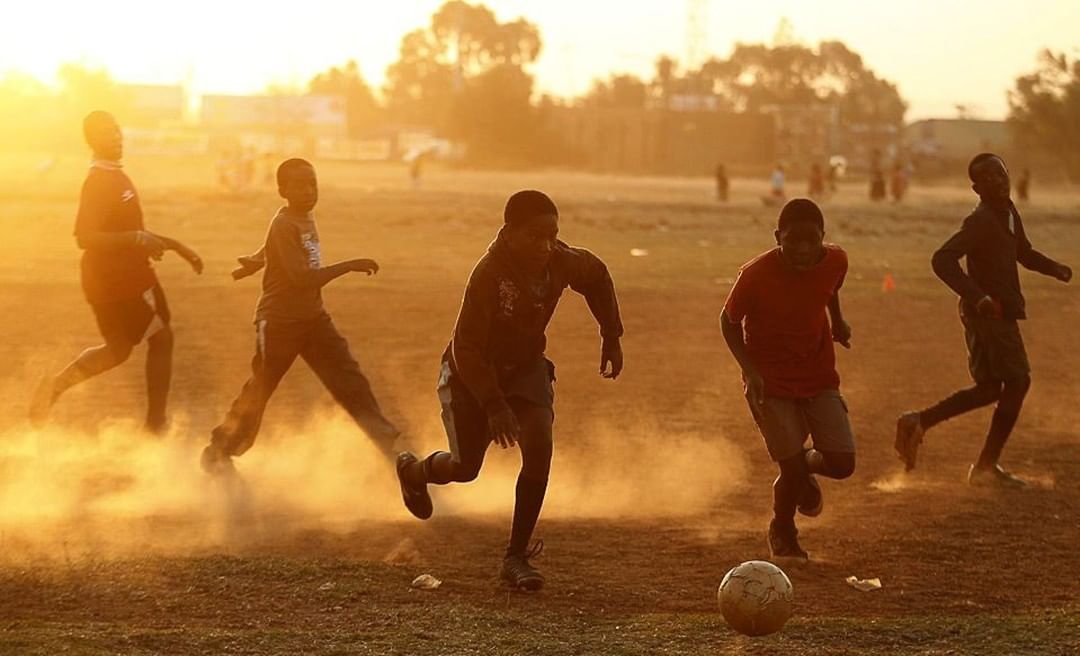 Ini-Obong Nkang, Doctoral Researcher in Sports Law, Nottingham Trent University, is the authors of this article which was originally published in The Conversation, an independent source of news and views from the academic and research community.

It’s estimated that more than 15,000 children are trafficked into Europe every year with false hopes of making it as professional footballers. In the UK alone, there are more than 2,000 minors who have been trafficked to apparently play football, though the true figure is likely to be even higher.

Fraudulent individuals posing as football agents target young foreign players and lure them abroad with false promises of trials at top European football clubs. These young boys leave behind their friends and families and spend large amounts of money on visas, passports and airfares to chase their dreams.

In reality, there is often no club waiting for the player abroad and they are either abandoned on arrival or subjected to slavery, prostitution, and drug dealing – some even end up as victims of sexual exploitation.

This is human trafficking, but it isn’t the only way trafficking happens in football. A more “legitimate” way it occurs is when an agent signs a player to a club but controls the player’s mobility, and makes money from an exploitative contract. The contracts are binding and difficult to escape from, as they divert large proportions of a player’s earnings to the agent.

The hunt for talent

The majority of the victims come from Africa and South-America and academics have noted how several EU clubs (often through unscrupulous agents) traffic and employ African minors, paying them a pittance to play professionally.

My ongoing PhD research focuses on the trafficking of West African football minors due to their increased vulnerability caused by a lack of employment, and their hopes of achieving financial success through football. The players from the region are themselves in high demand because of their “superior genetics, environmental moulding, and mentality”, according to a sports scientist. But the football landscape offers limited protection against their continued exploitation.

Back in 2009 a study by the European Commission described how the increased use of the African and South-American transfer markets had created something of a “modern-day slave trade”. This was due to the recruitment strategies used by EU clubs that allowed unscrupulous “agents” to repeatedly exploit footballers, as they have continued to do so – even during the 2018 FIFA World Cup.

This situation has been allowed to develop as a result of the European Court of Justice’s decision in a 1995 legal case. The case led to new football rules which abolished the payment of transfer fees for EU nationals playing within the EU and moving to another EU team on expiration of their employment contract. The rules changed because the previous regulations were considered to be restrictive on the freedom of movement rights for EU citizens.

For several EU clubs, this change resulted in a loss in income from the transfer fees they would previously receive for out-of-contract players, who were now allowed to move to other EU clubs freely. Clubs then began to view the transfer market as the best means to recoup their investments on players. Especially if they were able to purchase players at a discounted rate and sell them on for profit, before the player’s contract expires.

The changed rules contributed to the increase of transfer fees for players who are still under contract. This increase meant that the EU clubs had two options to achieve long-term profits. They could implement a more advanced youth and grassroots programme to develop talented players to join their first team. Or they could obtain new talent from clubs outside the EU with lesser economic resources than them – most chose the latter.

Another issue in all of this is the continued exploitation caused by a gap in regulation. When a club is transferring an EU minor, there are added regulatory obligations regarding football education, academic provisions, and living standards. These are imposed on the purchasing team, and are in line with FIFA’s Regulations on the Status and Transfer of Players.

Al Bangura (right) who played for Watford, was trafficked from Guinea to the UK as a child and forced into male prostitution. There is no suggestion that Watford was in any way culpable for what happened to him before he played for the club. Chris Radburn/PA Archive/PA Images
These obligations educate the player and create an awareness which prevents their possible exploitation. They also act as a “plan b” which provides an alternative career for the EU minor if unsuccessful as a professional footballer. But FIFA’s regulations do not impose similar obligations on clubs when transferring an African or other foreign minor.

This regulatory gap allows clubs and unscrupulous agents to treat African minors with no long-term regard for their well-being or protection from dangerous and exploitative situations in a foreign country.

Clubs are complicit in football trafficking when they do not query the origin of a player who comes for trials, or probe the relationship between a player and an agent.

The UK’s Modern Slavery Act, which was established in 2015 sheds light on human trafficking but it is ultimately a lenient piece of regulation – as the Act allows clubs to omit regarding their players as part of their supply chains, but remain compliant through a statement. And the Act also doesn’t require clubs to take steps to prevent the recruitment of potentially trafficked players, or those who are victims of forced labour.

My research looks at a more holistic approach to tackling football trafficking. Measures should include aims to improve the standard of African leagues – making players less susceptible to the ploys of unscrupulous agents. And there also needs to be better safeguards for minors outside the EU. Both of these approaches will help football to be used as a tool for development of African communities – and will inhibit the frequently employed avenues utilised by unscrupulous agents to exploit vulnerable minors.