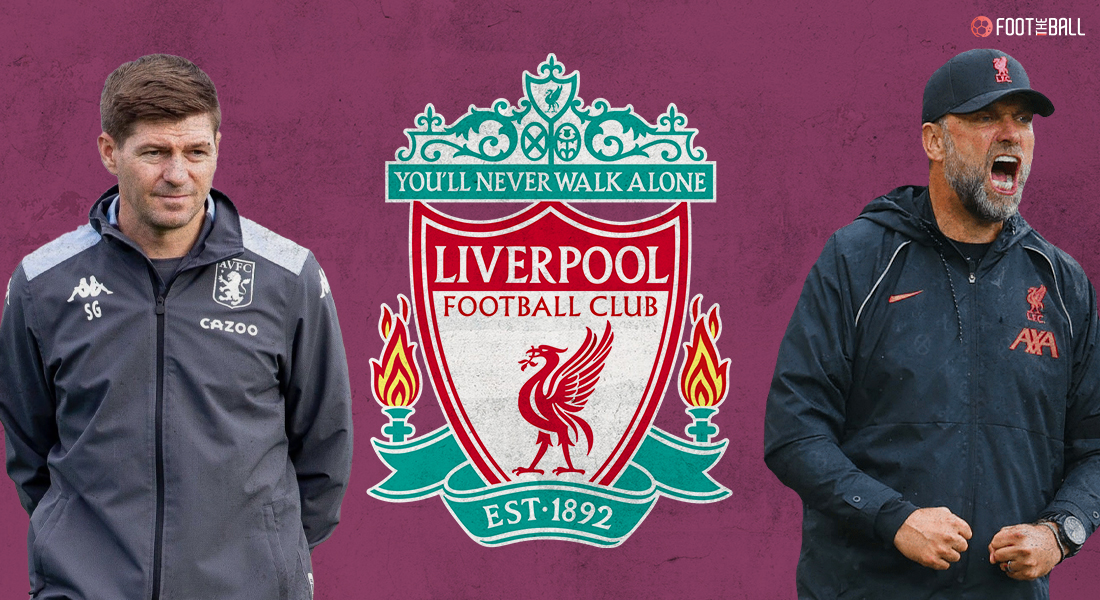 Over 23 years ago, a young boyish face, with a physique that was far too small for his red jersey, stepped onto the Anfield pitch to make his Liverpool debut. Today, the face returns to Merseyside, now battle hardened, the boyish charm replaced by wisdom and knowledge, and fitting his tailored suit admirably well in the dugout.

Steven Gerrard bid adieu to Anfield over six years ago, emotionally but also, unsuccessfully in a 3-1 defeat to Crystal Palace in his last home game, and a 6-1 loss to Stoke in his final Liverpool appearance. He knows that the return will be emotional, but he will hope that it is more successful than his last outing.

THE FIELDS HE USED TO ROAM

Gerrard returns to a much-changed Liverpool. They are now arguably the best-run big club in the country, genuine title contenders on a regular basis, something the midfielder never really got to experience.

The Reds, during Gerrard, had an inferiority complex, an inherent inability to win domestically. It’s funny that it just so happened that when Gerrard left, to find his own winning touch, Liverpool found its own under Jurgen Klopp.

It may be a much-changed Liverpool, but the fans remain the same, and to them it may still be Gerrard’s club. The Englishman’s stamp on Liverpool, and English football, is undeniable and his spirit continues on for the Reds in their new successful era.

A lot of Liverpool fans were hoping that when Gerrad returns, it would be with the Cormorant insignia on his blazer. It is a fairytale that does not take much to believe in, his record at Rangers was exceptional, and his style of play suited to the Merseyside giants.

Jurgen Klopp has expressed a desire to leave in the near future and to replace him with someone who understands the club, who can be the Paisley to his Shankly is very important. Who better to fulfill that role than a man who spent decades at the club, and has been touted by Klopp himself as ‘destined to manage Liverpool’?

Aston Villa board called Steven Gerrard on Monday. It wasn’t easy to leave Rangers for Steve as he has lot of respect for club, fans, players. Aston Villa project on long-term basis convinced him to accept. 🟣🔵🤝 #AVFC

However, Gerrard returns today to sit in the opposing dugout, aiming to inflict some suffering on those who love him so dearly. His Aston Villa side aiming to deal a blow to Liverpool’s chances of regaining the Premier League title.

The Kop faithful may remember Gerrard the player but now they welcome Gerrard the manager. He dresses sharper than Klopp, smiles less, and has a Scouse accent, but on the field, the two have very similar ideas and tactics.

Just like Klopp at Liverpool, Gerrard likes to play a 4-3-3 system. He did it with Rangers and now he is trying to do the same at Villa. Just like Klopp’s Liverpool, Gerrard’s sides use the width very effectively, using full-backs heavily in attack with the wide attacking players providing the goal scoring threat. James Tavernier, Rangers’ right-back last season had 18 goals and 16 assists while Borna Barisic, the left-back had 5 goals and 14 assists.

Here's some vis from Gerrard's tenure at Rangers:

Like Klopp, Gerrard too likes a worker heavy midfield, and builds his teams on a stable airtight defence. Last season, his Rangers side conceded just 13 league goals over the 38 games. His first game in-charge of Villa was their first clean sheet in nearly two months.

He has only been manager of the Midlands side for four games, but there is already a sense of something good building at the club.

AN AUDITION OF SORTS?

Despite their good form this season, there is no denying that they will be needing a major rebuild soon. Especially if contract talks with Mo Salah continue to stall and the Egyptian edges towards an exit. Will Jurgen Klopp want to construct another title-winning side? Or more importantly, will he be able to?

The German manager is loved by all, not only in the club, but in the city. But football is a fickle game, a few bad months and that love can easily become toxic. And who better to be the cure for their heartache than good ol’ Stevie G?

To make that manager-in-waiting position his own though, he needs to prove his credentials. He did it at Rangers but as the English love to say, the Premier League is a different animal. Doing good at Villa, instilling consistency and becoming challengers for the top 8 should be more than enough to lock in Gerrard as Klopp’s successor. Today could be the statement day for him to reclaim the Anfield throne, put down a reserved placard on Klopp’s seat, and stamp his authority as he did for so many years as a player in Red.