Many players in the top 5 leagues in Europe had a rather underwhelming season in the 2020-21 campaign due to a plethora of reasons ranging from fatigue, lack of game time and the condensed nature of the season due to the Covid-19 pandemic.

As the new season beckons, FootTheBall brings you the 10 players to watch out for in the 2021-22 season in Europe as they will be aiming to make a comeback and stamp their authority after a largely below-par 2020-21 campaign. 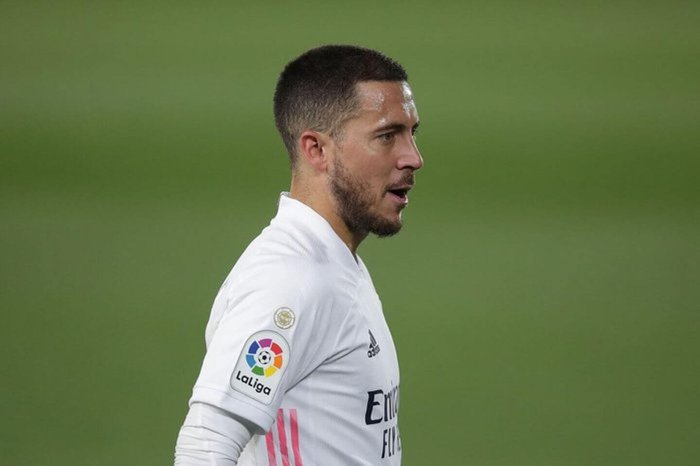 They will be looking to set things right this time out as a new season with new possibilities beckons to them, bringing with it a fresh chance for everyone to succeed and perform to their very best.

The Englishman has become synonymous with Tottenham Hotspur over the years ever since his move to the Lilywhites in the winter transfer window of 2015.

But during the last campaign, Alli endured perhaps the worst season of his football career so far as he was frozen out by Jose Mourinho. As a result, the former MK Dons player only scored 1 goal in the Premier League in 15 appearances.

He was not even in the squad for Spurs in 11 matches during the start of the campaign and was largely relegated to playing in the Europa League.

The 25-year old himself acknowledged this in a post on social media towards the end of the 2020-21 season and vowed that he would emerge stronger from the setback that he had suffered.

In his farewell season with Manchester City, Aguero was plagued by a plethora of problems ranging from knee and hamstring injuries to being down with Covid-19.

Due to a combination of all the above reasons the Argentine missed the major part of the season for the Cityzens, scoring only a paltry 4 goals during the entire campaign.

In addition to that, he only delivered 1 assist towards the tail end of the season as Manchester City won the Premier League title for the third time in four years.

Now with Barcelona, he has a point to prove as he will be fighting with Antoine Griezmann for a place up front in Ronald Koeman’s starting line-up.

Even though he is no stranger to La Liga (he used to play for Atletico Madrid), he will have to adjust to the unique pace of the Spanish top-flight after a decade of playing in the high-intensity atmosphere in the Premier League.

Gabriel Jesus had a somewhat below-par season for Manchester City even though Guardiola’s charges won the Premier League in the 2020-21 campaign. The Brazilian scored only 9 goals in 29 appearances for the Sky Blues.

He had the chance to take centre-stage after Aguero was down with Covid-19 midway during the season, but he underperformed for City and was used sparingly by Guardiola due to this very reason.

Now, with Aguero in La Liga, Jesus once more has another golden chance to impress his club and fans in the new season as he is the only centre forward left in Manchester City’s squad, and this time hopefully he will take it both hands.

The German winger was the subject of a transfer to German champions Bayern Munich from Manchester City in the summer of 2020 but was relegated to the bench in Bavaria for large parts of the season.

This is due in part to the sheer quality of Bayern Munich who have Serge Gnabry to play as a right-winger ahead of Sane for the Bavarians.

As a result, Sane made 14 appearances (32 total appearances) from the bench for Die Roten, scoring only 6 goals even though he delivered 10 assists.

He was selected for Germany for Euro 2020 but didn’t manage to get on the scoresheet for Die Mannschaft in a total of 4 appearances. The 25-year old will be looking to set things right both at the club and international level next season as a fresh start beckons for the German.

Another German who underperformed at a new club is Chelsea’s Timo Werner in the Premier League. The RB Leipzig player made the trip from Germany to England in the summer of 2020 alongside compatriot Kai Havertz, but struggled to adapt to the pace and physicality of the Premier League.

In the 2020-21 season, Werner made 35 appearances for the Blues in the Premier League, but scored a meagre 6 goals as Chelsea just barely finished in the top four of the league table.

He redeemed himself somewhat as he supplied a total of 12 assists for his teammates, but he needs to find his scoring boots soon in England.

And the new season is the perfect opportunity for the former RB Leipzig player to announce himself finally to the audience of the most-watched sports league in the world and effectively bury the ghosts of the past.

The Englishman has been on a meteoric rise ever since he joined West Ham on loan during the winter transfer window in 2021 and will be raring to go at Old Trafford during the 2021-22 season.

The 28-year old was unlucky to not be selected by Gareth Southgate for the England team for Euro 2020 given his performances with West Ham in the second half of the 2020-21 season.

The Manchester United academy product has had a lot of loan spells during his career, but none were as productive and fruitful as his last at West Ham.

He started 16 matches for West Ham, scoring 9 goals and delivering 5 assists as the Hammers finished in sixth place in the league to qualify for the Europa League (just one point behind fifth-placed Leicester City). And the stage is set for Lingard to enthrall the fans at Old Trafford as the new season approaches closer by the day in England.

The Gabonese international underperformed massively for the Gunners in the Premier League during the 2020-21 season as the club was only able to finish in 8th place behind the likes of Leicester City, West Ham and Tottenham Hotspur.

Aubameyang scored only 9 goals in 29 appearances in the Premier League as Arsenal scored the lowest number of goals for sides included in the ‘Big Six’ of the English top-flight (55 goals).

The Gabonese was the joint- top scorer in the Premier League just two seasons ago when he scored 22 goals (equal to the tally of Liverpool duo Mohamed Salah and Sadio Mane), but the last season saw him struggling to find the back of the net.

As one of the senior members of the squad and as the club’s captain, he must lead from the front for the Gunners in the new season and will be looking to better his goal tally from what it was in the 2020-21 season.

Paulo Dybala was below-par for Juventus as the Bianconeri could only finish fourth in Serie A and, as a result, relinquished the league title to Inter Milan. Dybala only started 14 games in the entire season as he was down with a knee injury for the majority of the campaign.

He ended up scoring only 4 goals and delivering 3 assists in the Italian top-flight in an injury-riddled season for La Vecchia Signora as he missed 13 matches due to injury woes and was not selected for Argentina’s squad for Copa America 2021.

As the new season approaches, he will be looking to improve upon his numbers from the 2020-21 season and get back into La Albiceleste’s squad for the 2022 World Cup in Qatar.

The Belgian was brought to Santiago Bernabeu for an initial fee of €100 million to fill the void left by Cristiano Ronaldo in attack in 2019, but in his two seasons in the Spanish capital, he has struggled to live up to the expectations of the fans.

Ever since his arrival in July 2019, he has scored only 4 goals in La Liga for Real Madrid and has spent the best part of his time in Madrid on the treatment table.

Currently, too, he is undergoing the recuperation process to heal an injury that he sustained with Belgium in Euro 2020 as he aims to get fit before the start of the new season in Spain.

Since 2019, he has missed 40 games in La Liga through injury and will be hoping to maintain his fitness levels consistently throughout the season to finally start delivering for the Madrid faithful.

Another high-profile signing during the summer of 2019 in La Liga was Antoine Griezmann’s when he joined Barcelona from Atletico Madrid for a reported fee in the region of €120 million, but he has been unable to live up to the expectations of the Camp Nou faithful.

In two seasons with the Catalans, the Frenchman has only been able to get on the scoresheet 22 times in 71 games in the Spanish top-flight, even though he showed flashes of brilliance in the 2020-21 season.

In the 2018 World Cup, he scored 4 goals and delivered 2 assists for France as Les Bleus won the tournament in Russia with Griezmann being named the player of the match in the final with Croatia along with receiving the Bronze Ball and Silver Boot accolades.

But this time around he was only able to score 1 goal for Les Bleus in Euro 2020 as they were ousted by minnows Switzerland in the Round of 16 in disastrous fashion. And he will surely be looking to make amends at both club and international level once the 2021-22 season gets underway.