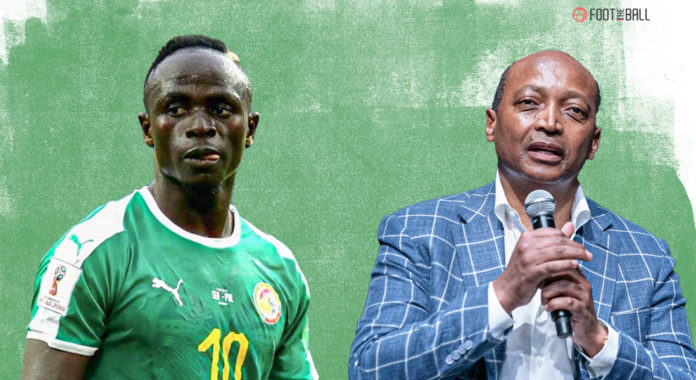 Football never takes a Sunday off, and so it was proved once again. In the middle of the busy European transfer window, a couple of bombshells have dropped in Africa. AFCON 2021 was a successful if belittled (by a couple of snobs), tournament by all standards.

The woman football agent you need to know about? We have it covered right here in this exclusive interview with Lindi Ngwenya

Therefore, it is only right that there is already an update regarding the upcoming edition of the competition. Moreover, there was also the formal declaration of an African Super League (yes, you read that right!) by CAF.

While its European counterpart flamed out spectacularly (for now), Africa is stealing the march. So, when does it all kickoff, and how does it concern everyone?

This was always a strong possibility, which was apparent to almost everyone but the CAF themselves. The original plan was to host the AFCON 2023 in Ivory Coast during the summer.

BREAKING NEWS: AFCON 2023 Postponed to January -February 2024 due to worst rainy season in June- July at Cote D'ivoire which were the original months scheduled for the tournament .#GTVSports pic.twitter.com/n8t6hLecnZ

This was in keeping with the way how the Euros and past FIFA World Cups have taken place. However, there was a big problem.

Ivory Coast sees torrential rains and flooding during the summer months. Therefore, there was every chance that the tournament would come under severe duress. CAF president Patrice Motsepe added,

“It is after deliberations we came into the decision, we have partners and even though we make decisions, it is out of respect that we take the advice we are getting that we cannot take a risk, and so that is why we have made the necessary announcement today.”

Therefore, the tournament has been pushed back to the usual timeline of January/February 2024. No doubt these dates will also incite anger from some European bosses, but that is nothing new. AFCON is always a source of pride for the continent, and there is nothing which changes that.

The more revealing part of the press conference was Motsepe officially announcing the launch of an African Super League. The idea was initially proposed by FIFA president Gianni Infantino in 2019, when he visited the Republic of Congo on the 80th anniversary of national powerhouse TP Mazembe.

The European Super League ran into severe protests and huge demonstrations from fans, causing the idea to collapse within two days. However, the African Super League has seen a far gentler response. Motsepe announced the competition would bring in around $200 million in sponsorship money.

24 teams that begin the competition will be chosen from the Fifa rankings closer to the time. #JoySports pic.twitter.com/DiQ1hCYLNG

Half of it would go towards holding the tournament, while the rest would be used for bettering infrastructure across the continent. Teams playing in the African Super League have to have an academy and a women’s team. CAF are hoping to get all the big names in African club football band together for the tournament.

These include the likes of Al Ahly, Raja Casablanca, Zamalek, Mamelodi Sundowns, TP Mazembe, and others. There will be 24 teams, divided into three groups, based on geographical range.

The selection of the teams would be done closer to the time. The African Super League will he held in Tanzania, and the tournament kicks off in 2023.

Additionally, the CAF Champions League will also return to a two-legged affair from 2023.

Florentino Perez has long been the most ardent supporter of the European Super League. Alongside Andrea Agnelli and Joan Laporta, the trio have been butting heads with UEFA president Aleksandr Ceferin.

There is a general discontent over the revenue sharing mechanisms undertaken by UEFA. It was a topic of discussion once again before the UEFA Champions League final 2022. The fact that more than half the allotted tickets went to sponsors and VIPS was a bone of contention for the managers.

The African Super League is sure to incite some reactions from the fans of the respective clubs. If it is successful in having a good run, then the supporters in Europe will have even more traction.