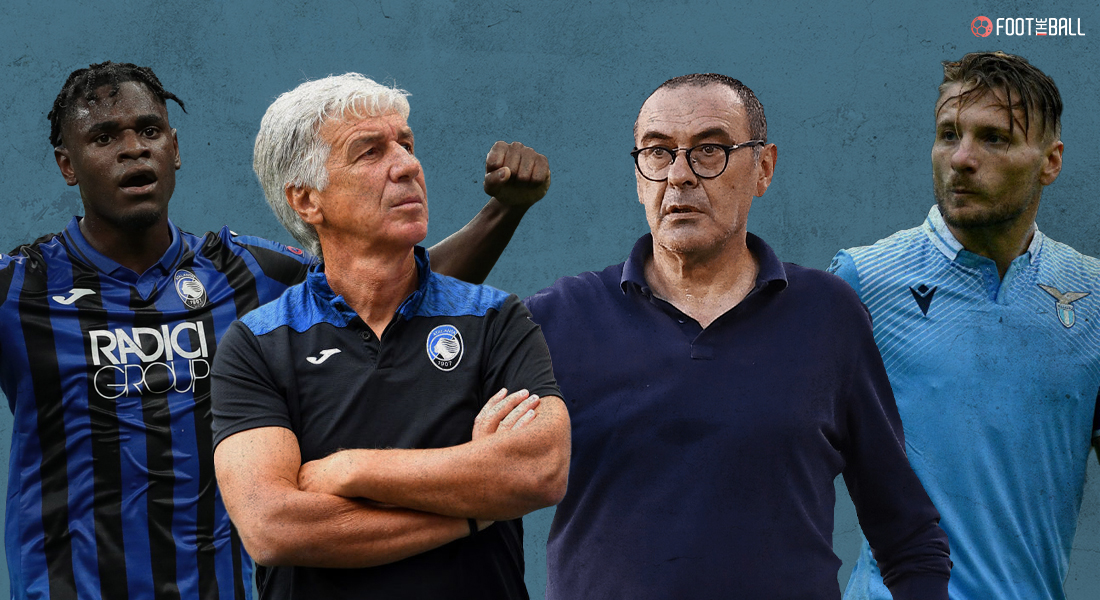 MATCH PREVIEW: ATALANTA VS LAZIO , THE MEETING OF TWO SIDES BATTLING IT OUT FOR EUROPEAN SPOTS!

Atalanta hosts Lazio in a top of the table clash. Atalanta currently sit 5th in the Serie A charts, a point ahead of hopefuls Lazio. Both teams would hate to drop points in this game and would look for a dominant victory. 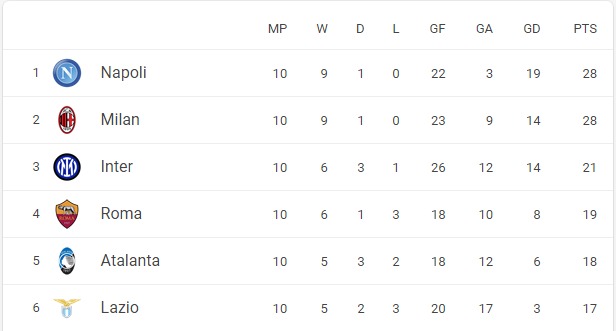 Gian Piero Gasperini’s team has not been at their attacking best at the start of this season. Duvan Zapata and Luis Muriel have had a slow start to the season compared to their blistering best. The departure of Alejandro ‘Papu’ Gomez has seemingly left a hole in Atalanta’s attack that Gasperini cannot seem to fix at the moment.

Roma and Atalanata are two teams in the current Serie A top 6 that have less than 20 goals, not a great stat for La Dea as they are getting clubbed in with Mourinho’s defensive Roma. Gasperini would be hoping the side from Bergamo can be on the front foot from the first whistle at home against a transitioning Lazio under Sarri.

Mauricio Sarri was lucky to inherit a very settled squad from Simeone Inzaghi thus it is taking time for the Eagles to completely adapt to Sarriball. They have been extremely reliant on Ciro Immobile again this season, who currently sits at the top of the Serie A scoring charts with 8 goals. Lazio would look to their talismanic striker again hoping he is able to be clinical enough for them to edge past Atalanta.

Much like Atalanta, Lazio themselves lost a vital Argentine cog in the summer in Joaquin Correa, who would have fit seamlessly into Sarri’s system. He would have also shouldered the goal burden with Immobile.

The nicotine loving manager however would be pleased with the form of midfielders Luis Alberto, who has been a consistent creator in Serie A for a number of years now and Segej Milenkovic-Savic whose all action midfield displays has rescued the club from Rome more than few times this season.

Atalanata has really struggled with injuries this season. Flying fullbacks Hans Hateboer and Robin Gosens will be missing for the game against Lazio. La Dea also cannot call upon the likes of Djimsiti, Demiral and Toloi. Which means that Gasperini will most likely deploy a makeshift back 3. Matteo Pessina is the only midfielder that is out with an injury.

Lazio on the other hand have been much more lucky. Bobby Adekanye and Mattia Zacagni are out with injury and only act as rotation options and it would not affect Sarri’s system too much.

Teun Koopmeiners got a well deserved move to a top 5 league in the summer. In recent weeks his influence on the squad has grown on the pitch. He has looked sublime and effortless on the ball and could possibly be the game changer for Atalanta against Lazio, as he is still looking for his first goal in Serie A.

Duvan Zapata will surely benefit majorly if Koopmeiners find his range of passing in this game. His combination play with the young Dutchman could prove vital in this game.

Ciro Immobile is the ultimate hero for Lazio. He always makes sure the Eagles finish in respectable spots in the league. But even though the goal scoring burden is solely on his shoulders he would have a massive grin on his face due to the form of the midfield duo that lurk behind him.

Milenkovic-Savic and Luis Alberto are playing their support role perfectly this season. They would hope they can provide enough balance to Sarri’s midfield as they look to dominate the ball.

We at FootTheBall predict this to be an open game and could be an interesting watch. We see this game finishing 3-1 in Atalanta’s favour as they look to pull away from this chasing Lazio squad.