Preview: Atletico Madrid vs Real Sociedad, Will Atletico cement their place at the top of the table this week?

The Spanish Giants have once more come up short in the Champions League this year. Real Madrid was the sole survivor in the semi-final from Spain and they were eliminated at the hands of Chelsea. However, the La Liga fans have an exciting couple of fixtures left as every game is of utmost importance to decide the champions of Spain.

Although Atletico Madrid looked like the runaway winners during parts of the campaign, they have eventually slipped up. The other Madrid outfit and Barcelona have slowly picked up the pace and are now in contention for the La Liga crown. An exciting three-way tie as the season comes to a close.
Atletico Madrid picked up a point last week when they faced rivals Barcelona.

The draw kept them top of the table but also gave their Madrid rivals, Real, a chance to level in terms of points. Los Blancos bottled their golden opportunity and has made things more interesting at the top of the tree. Every game henceforth is crucial for the three teams and Diego Simeone will want his team to be at their screeching best.

Real Sociedad have different ambitions in mind as they head to Madrid this week. The Spanish club has had a decent season and currently sit 5th in the League Table. Although they do not pose a challenge to the Champions League spots, they are well placed to finish in the Europa League berth. Real Betis have a match in hand and are just five points adrift. Villareal is just four points away and also might end up being the Europa League champions this season.

For both these teams, this is a must-win situation and thus the clash is bound to be exciting. Will Atletico be crowned this year’s La Liga Champions?

Thomas Lemar will not feature in this week’s fixture as he is suffering from a muscle injury. Jose Gimenez did not partake in last week’s clash against Barcelona but was named among the substitutes. He is expected to start this week’s game although his fitness is still a concern.

At 34 years of age, Luis Suarez has been the most prolific forward for the Madrid outfit. He has netted nineteen times this season and has two assists in his twenty-seven appearances. He is the league’s fourth-best scorer and will look to improve his tally. Like in Barcelona, the striker has been phenomenal with Atletico Madrid and has bolstered the attacking unit. He will be keen to end his brief goal drought wherein his last goal in La Liga came in March. 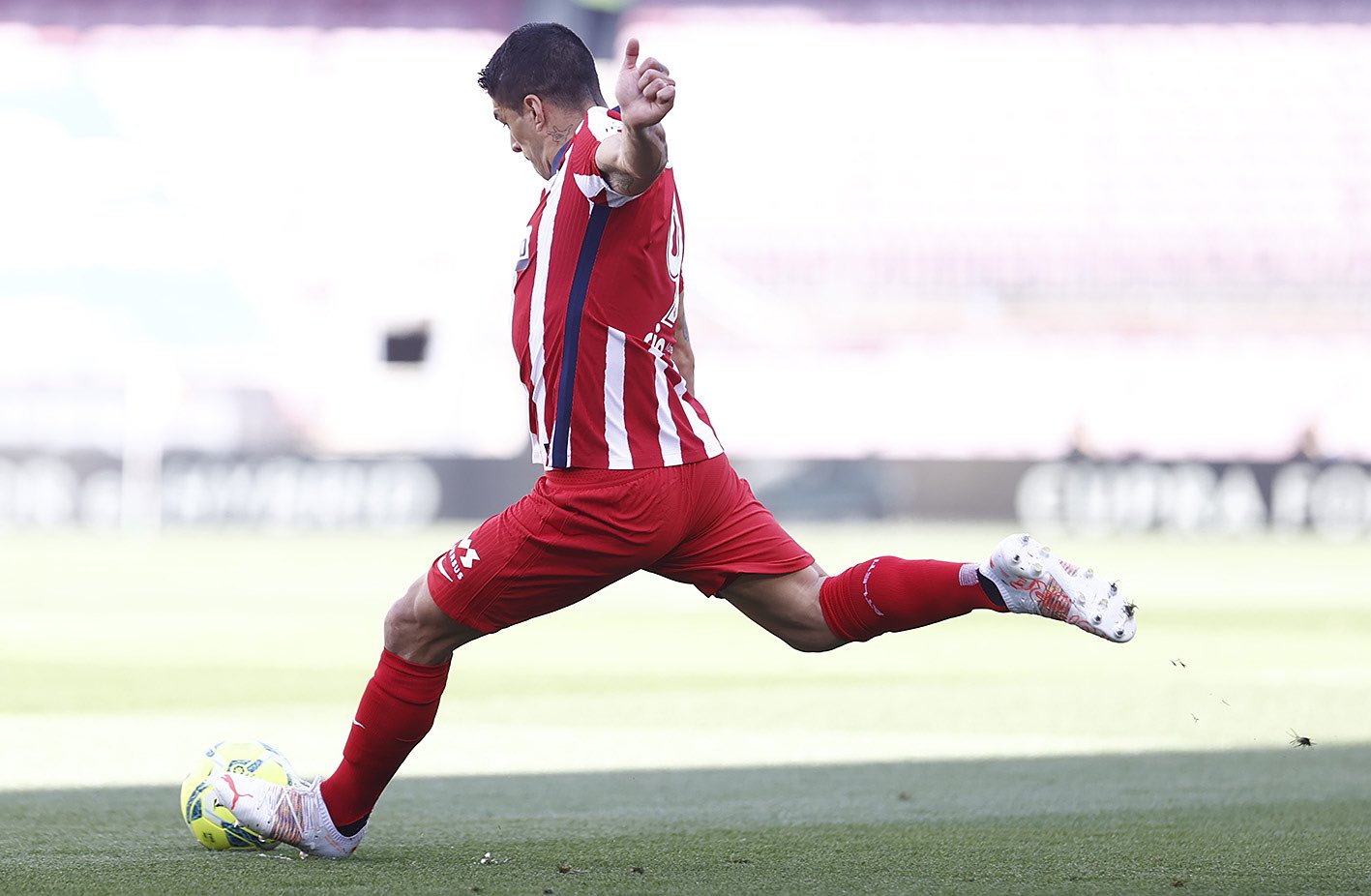 Spanish forward Mikel Oyarzabal is the away side’s best player this season. He has eleven goals and seven assists this season with the Los Txuri-Urdin. His contribution from the wing has helped the team on several occasions. As well as being a strong crosser he is also an accurate finisher. His greatest threat is his ability to launch and finish counter-attacks. A valuable asset to the team.

With the capable David Silva in midfield, the forward is bound to get a couple of chances in and around the six-yard box. Atletico will have to be on their toes if they hope to cling to the top spot.

FootTheBall predicts a victory for the home side. Atletico desperately needs this win and Diego Simeone would do his best to ensure they don’t come up short. Atletico Madrid 2-1 Real Sociedad.