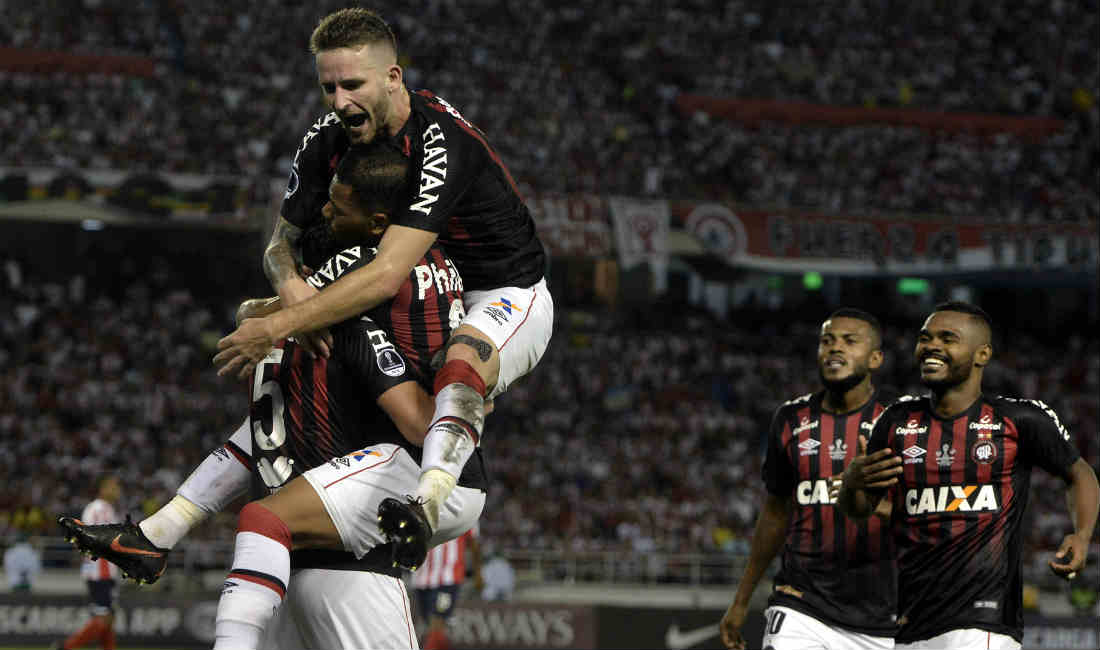 The second-leg of the final, which finished in the early hours of Thursday, went to extra-time after a 58th-minute strike from Teofilo Gutierrez cancelled out Pablo Felipe’s first-half opener at Arena da Baixada. The sides drew 1-1 in last week’s first leg in Barranquilla.

Junior had a gilt-edged chance to take the lead in the second period of extra time when they were awarded a penalty following a Wellington Martins foul on Yony Gonzalez. But Jarlan Barrera sent the resultant spot-kick over the bar.

Junior’s penalty woes continued in the shootout as Gutierrez and Gabriel Fuentes both squandered their attempts.

Renan Lodi missed Atletico’s fourth effort from the spot to give the visitors a glimmer of hope, but Thiago Heleno secured the title by holding his nerve with his team’s fifth attempt.

The result means the team from southern Brazil will play in next year’s Copa Libertadores, South America’s top club competition.

“It’s a special night. We knew it would be difficult due to the quality of the opposition, but this crowd lifted us,” he said. They [the supporters] took the penalties for us and carried us so that we would be champions. This victory belongs to them.”