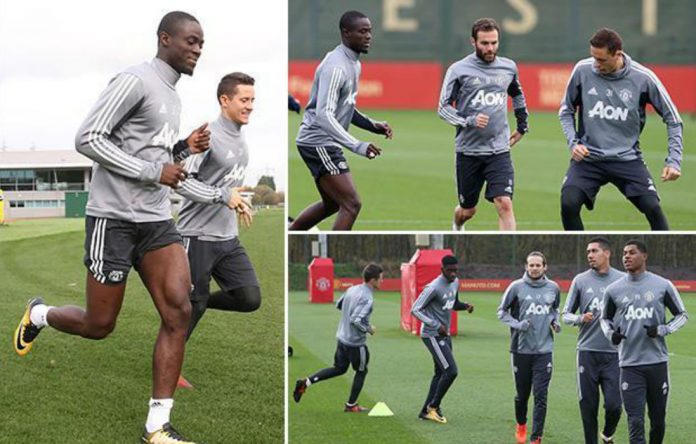 Manchester United have been handed a huge boost ahead of their crucial Premier League clash with Tottenham Hotspur at Old Trafford with the news that Eric Bailly has returned to training.

The Ivorian has missed the last four games for Jose Mourinho side after picking up an injury on international duty but it seems that he will be fit to feature against Spurs at the weekend.

The Red Devil fans, however seem to be more interested in Bailly’s little finger.

The fans are freaking out over a small and bizarre detail in Zlatan Ibrahimovic’s latest social media post.

The Swedish striker, who rejoined the Red Devils earlier this season after a cruciate knee ligament surgery, posted a snap from the United dressing room of himself in training kit  along with teammates David De Gea and Eric Bailly.

While initially the picture got a lot of love from United supporters, a few eagle-eyed fans spotted something slightly out of the ordinary.

Bailly, appears to be bending his finger in a way that doesn’t look quite right. United fans couldn’t ignore the limb and began commenting on Ibrahimovic’s picture.