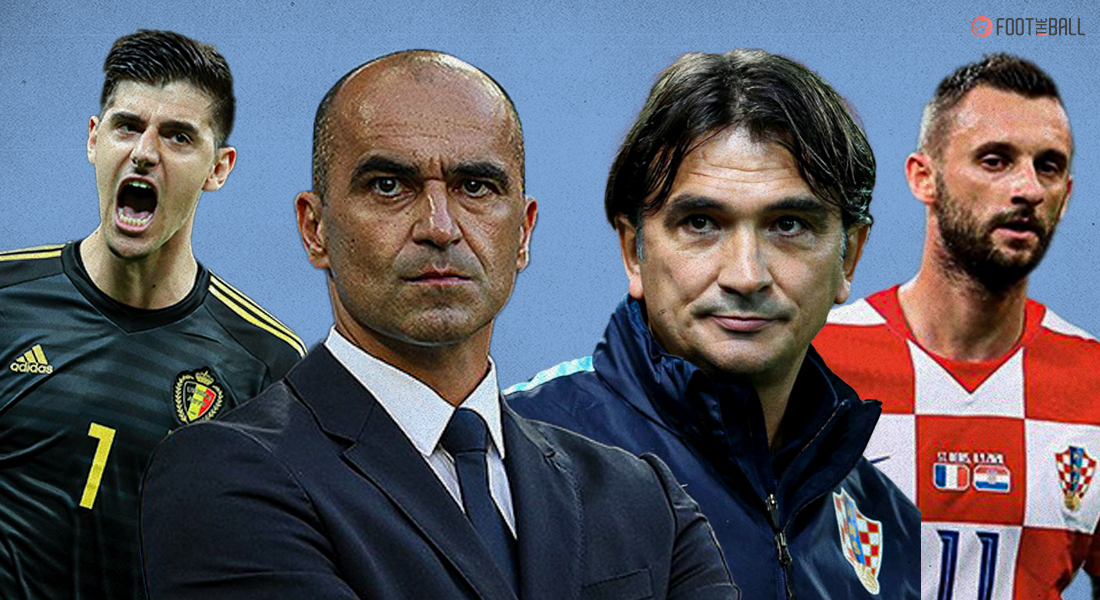 Belgium meet Croatia in the last warm-up match before the start of the European Championships. With team combinations still up in the air and disappointing draws in their previous matches, this game will be crucial for many reasons to both sides.

The Red Devils limped to a 1-1 draw against Greece on Friday. Though the issues for Belgium run much deeper than the result. Talisman Kevin de Bruyne is still sidelined and will miss their Euro opener against Russia. Furthermore, there have been concerns raised on their defensive depth and quality due to a lack of star names.

Though they have some of the most creative players, Roberto Martinez knows his team will need to keep it tight at the back. Belgium are undefeated in their last eight matches and will be looking to notch up another one on Sunday.

Croatia, meanwhile, suffered a similar fate last time around. They drew with minnows Armenia 1-1, despite fielding several of their stars. Zlatko Dalic will once again be relying on their midfield talents to have a good showing in the Euro.

Though the heights of 2018 may be improbable, there is nothing stopping this team from making a deep run in the tournament. However, they do have to be much more consistent in this match against Belgium in order to be most prepared for their opener against England.

This match is expected to reveal a lot about what each manager is thinking for the actual tournament. Belgium knows this is yet another chance for their underachieving ‘golden generation’ to justify that tag. While Croatia will look to maintain, if not replicate, their World Cup heroics in order to prove that was not just a one-off.

Kevin de Bruyne is already sidelined, while Axel Witsel will not be risked too much as he just returned to training.

Croatia have no fresh injuries to report of and will look to field a strong team in order to match up with their opponents.

Best dressed on the pitch, best dressed off the pitch 🔝🤩#Vatreni in the new Heraldi collection 📸 pic.twitter.com/fWzESZp1L0

Romelu Lukaku has been in imperious form in Serie A, winning both the Scudetto and the MVP award. His 24 goals and 11 assists in the league propelled Inter’s fantastic run, and he will once again be Belgium’s main threat this summer. Lukaku already has 59 goals for his country from just 92 appearances, which makes him one of the most lethal predators on the international scene.

His incredible strength, pace and prowess for goals will be a real handful for the Croatian defenders to deal with. Most of them are still finding their feet for the national team and against Lukaku, will be a test of their mettle. Lukaku is also adept at setting up teammates for goals, and with Belgium possessing some quick players, he figures to be the central man for Martinez’s side.

Croatian captain Luka Modric will hold the keys to unlocking Belgium’s defence. The Real Madrid man has an exquisite eye for passing and deadly accuracy from set-pieces. Against Armenia, it was Modric’s assist that led to Ivan Perisic scoring the game’s opening goal. That kind of combination between the midfielder and his attackers is what Croatia need.

Belgium’s defence will have to be wary of not giving Modric any kind of space near the danger areas. With the ability to glide away from players and pinpoint crossing, Modric will have to be heavily tracked throughout the match. That task will need a lot of concentration and discipline from the Red Devils’ engine room.

Both teams will be looking for a much needed victory. The Euros are just a few days away and this match will be the final chance for players to impress themselves in order to start in the tournament. FootTheBall predicts a 1-1 draw between the sides.