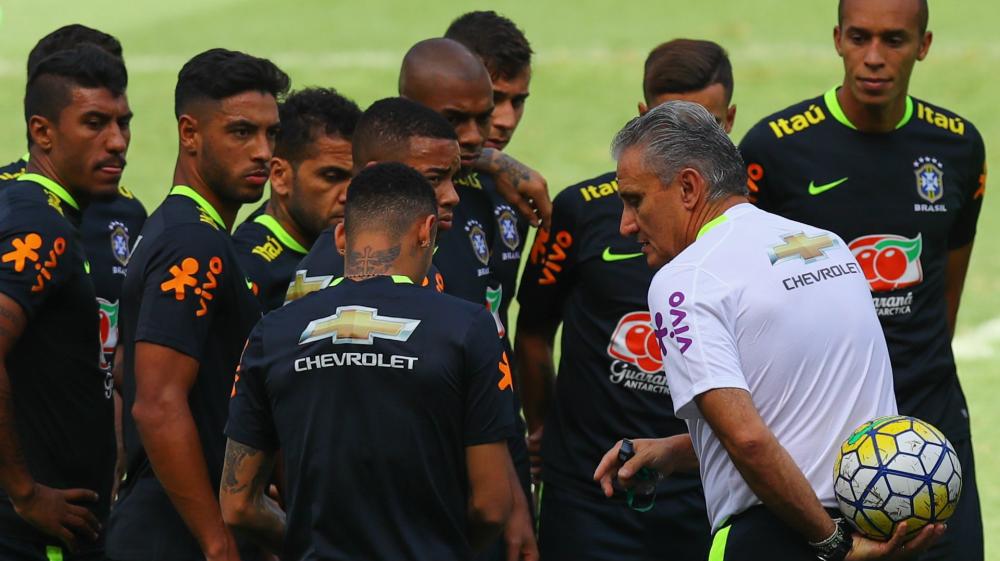 Brazil coach Tite says he expects the quarterfinal match against Belgium on Friday evening to be a “great one”, and urged his players to be mentally strong facing their opponents.

“They are a strong attacking team. They have, technically, great value,” he said at the press conference in the Kazan Arena on Thursday afternoon. He noted that both Brazil and Belgium excel in playing beautiful football.

“They have several players who are very skilful, and a great coach as well,” he said. “I have always put them in the group of favourites (for the title). It is the same now.”

It is for this reason that he is stressing mental fortitude in the very decisive match.

“Two weeks ago, I said to the players that you have to believe in the intensity we have,” he said.

“Keep up the good work. We need a team that is mentally strong.”

He admitted that with the progression of the matches, he felt a little bit relaxed “because of the performance of the players”.

“They make me feel at ease,” he said. “I want them to grow in front of challenges.”

“In the last third of the pitch, we are very strong individually and very skilful. That’s what I tell them all the time: the coach works to get them well organised off the ball and in the build-up. But when we get to the last third it’s time for them to use their creativity,” he said.

He also talked about possibility of penalties. “Penalties are really hard,” he said.

He himself missed a penalty when he was a player more than three decades ago.

“We do a lot of practice, and it is subject to emotional control,” he said.

“You have to prepare yourself, and show your confidence to the teammates. ”

Miranda, who is going to be captain for the match, said that the team has a huge task ahead of it.

“As the national team we have responsibility to play a top match. We know the difficulties the match is going to present. We are going to be focused, do our best, because we face a great opponent. ”

Talking about his lineup, Tite said that Marcelo “is coming back.” Marcelo was injured in the game against Serbia.

“I’ve spoken with both Marcelo and Filipe Luis. Filipe played very well in both matches. But now we are going with Marcelo again,” he said.

The coach also commented on Neymar.

“He knew the price he paid to come to the point,” said the 57-year-old tactician.

“He resumed his work very quickly. He had quality passing and you could see how much he had been participating.”

The last time Brazil and Belgium faced each other was at the 2002 World Cup, when the Red Devils were beaten 2-0.

“What I look for (in) the athletes and myself is to keep the standard and keep growing,” he said. “Do your best. If your best is better than your opponent, you are likely to win.”