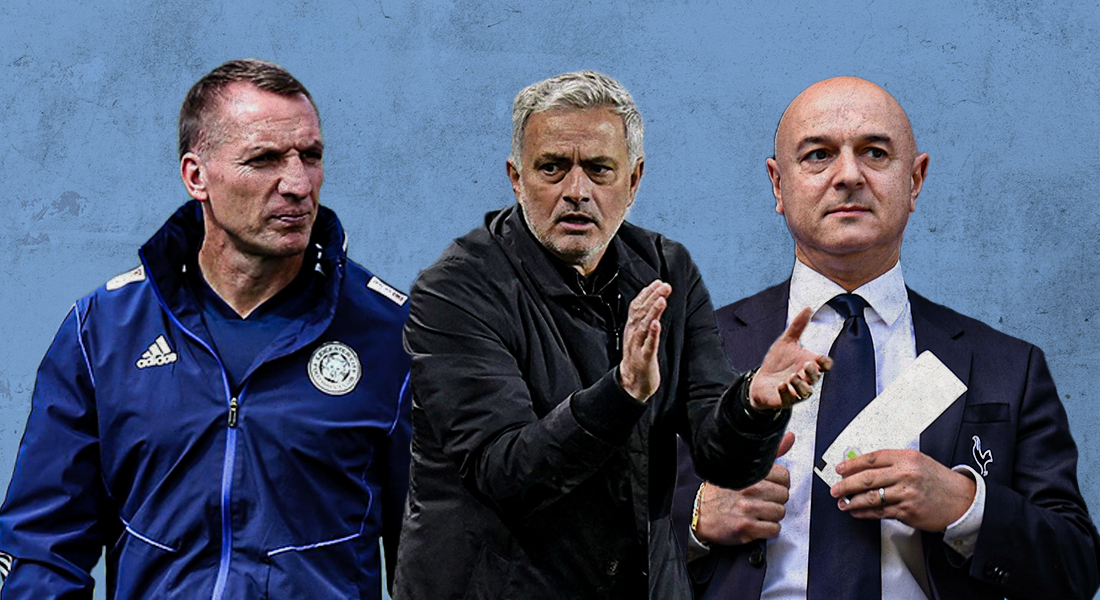 Tottenham Hotspur sacked Jose Mourinho on Tuesday and appointed Ryan Mason as the interim coach. Since then many names have been thrown around as his replacement come summer. Among them is Leicester City boss Brendan Rodgers.

However, the Foxes boss has ruled himseld out of contention for the position and the hunt for the next Spurs manager goes on. When asked about leaving Leicester for Tottenham, Rodgers said he was fully committed to the project at Leicester.

In the aftermath of Mourinho’s sacking all eyes were set on his successor. Rodgers was naturally an option. The Northern Irish man has been excellent at the King Power stadium. He has transformed the Foxes into consistent top 4 challengers. His coaching credentials made him a good fit for the Spurs. When asked about taking the job he said

“It’s football, there is always speculation around, every job which comes up there will always be different managers speculated to go in. Tottenham is a fantastic club, it’s a huge club but my focus is here. I’m at a world-class training facility, the project we’re in here we still want to develop and have a lot of work to do. I have a great connection with the players, the board and we have plans to keep progressing.”

These statements rule out a temporary move. Also, an additional factor to be considered is the wage factor. The ex-Liverpool boss is rumored to be earning £10 million at the midlands club. So prying him away won’t be cheap for Daniel Levy who already had to pay out a hefty sum to sack Mourinho.

Rodgers who worked with Mourinho at Chelsea has nothing but respect for him. He knows that Jose is a winner and will always be a winner regardless of what happens.

‘Jose is a world-class manager. The thing which disturbs me a little is how it gets questioned. What he has done in the game, he should be able to position the expectations. He has earned that respect to be able to do that. You are not a world-class manager one day and then you go to a job and it doesn’t quite work out and you’re not.

‘He is clearly a winner, he will always be a winner. I’m disappointed for Jose, I know him personally and know he is a world-class manager, he has shown that over his career.’

Mourinho had a chance to win silverware this weekend as they play Manchester City in the Carabao cup final this weekend. Sadly he was sacked just a week before the game.

Rodgers teamed up with Leicester in 2019 and had an enormous impact on the club. He has converted them into a free-flowing attacking team. His all-out attack philosophy helped attackers like Jamie Vardy and James Maddison. They were unlucky to miss out on Champions League qualification last season after an incredible late-season collapse.

This time he wouldn’t allow it to slip away as they sir firm in 3rd position ahead of Chelsea and the chasing pack. Rodgers guided the foxes to a FA Cup final. A date with Chelsea awaits at Wembley. Silverware would make Rodgers an all-time great at the Foxes.

He might be strongly interested in Leicester’s project at the moment. But in the world of football, you never know. If the right offer comes in the future Brendan Rodgers might showcase his coaching skills elsewhere