ENDING ON A HIGH 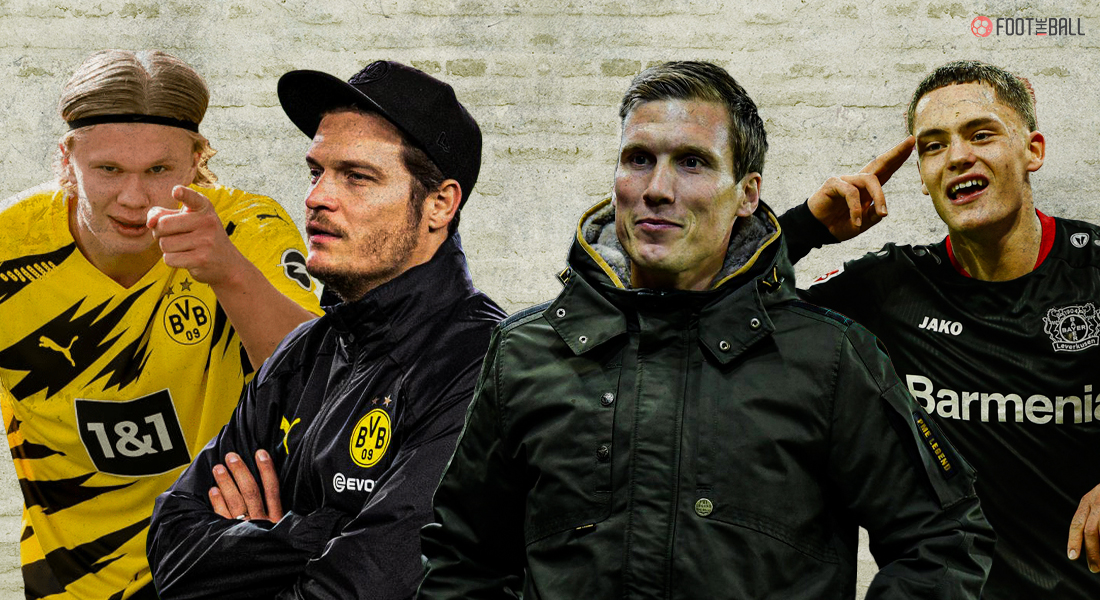 Borussia Dortmund’s Westfalenstadion will play host to Bayer Leverkusen on the last match day of the German top division this season. Interestingly, in the reverse fixture in January this year Hannes Wolf and his charges triumphed against Borussia Dortmund 2-1.

In terms of the ramifications of this match, there is nothing to play for as both teams have already qualified for European football next season. But it will be important for Edin Terzic and Die Borussien to end the season on a high after their recent German Cup victory over Leipzig.

Dortmund backed that win up with a 3-1 win over Mainz at the weekend. Leverkusen meanwhile come into the match on the back of a disappointing 1-1 draw with Union Berlin at home last time out.

Die Borussien are not missing any of their first team regulars for this match. As such Edin Terzic will not have any major headaches in picking his starting line-up for the recently crowned German Cup champions in the last game of their season.

For the visitors, Nadiem Amiri and Edmond Tapsoba are suspended. Meanwhile, first team players like Lucas Alarios, Leon Bailey Exequiel Palacios and Daley Sinkgraven are out injured out of the match. Therefore, Hannes Wolf will have to do without four first team regulars at the Westfalenstadion

For the hosts, Erling Haaland is the key player who can unlock defences at will and his partnership with Jadon Sancho has blossomed this season too – to the benefit of both the Norwegian and the Englishman. Haaland has scored 25 goals in 27 appearances for Die Borussien this season in the league.

One can argue that he is the most in-form forward in Europe at the moment alongside Bayern Munich talisman Robert Lewandowski. And it is not just goals that the 20-year old brings to the table, the former RB Salzburg man also has 6 assists to his name this season

In the absence of Lucas Alario and Leon Bailey, it is expected that Patrik Schick will carry the mantle for Die Werkself in the last match of the season. The 25-year old has scored nine goals and delivered one assist in the league during this campaign.

A generational talent with a huge future in the game 🙌⚽#OnThisDay in 2020 Florian Wirtz made his #Bundesliga debut for @bayer04_en. ❤️🖤 pic.twitter.com/YEkVtFFHvk

Alongside Schick, 18-year old prodigy Florian Wirtz is also expected to shine for the visitors. He scored the decisive goal for Leverkusen in the reverse fixture in January and was also on target in Die Werkself’s previous match with Union Berlin.

Borussia Dortmund are on a five match winning streak in the league coming into this game, while Leverkusen have won only two of their last five matches.

Even though Hannes Wolf’s team triumphed at the BayArena earlier in the season, expect this match to swing in Die Borussien’s favour given the fact that the momentum is with them after their German Cup triumph.

HannesWolf is, on the other hand, missing key players like Alario, Bailey and Sinkgraven ahead of this match. FootTheBall’s prediction for this game is as follows: Borussia Dortmund 3 – 1 Bayer Leverkusen