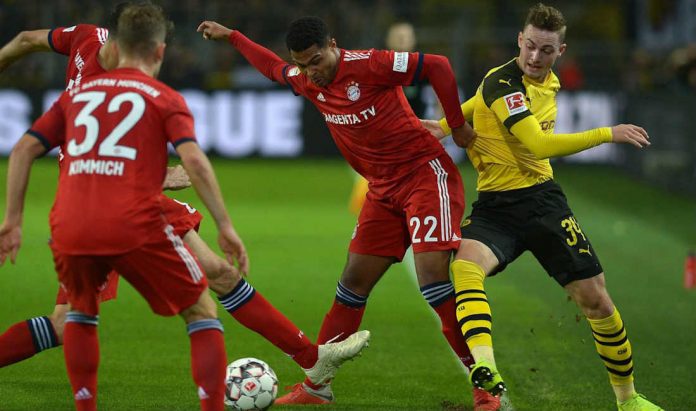 The south of Spain seems just the right spot to prepare for the challenge waiting for the Bundesliga’s leading team in the next months.

Trying to secure the 2018-19 Bundesliga title and survive as many knock-out rounds of the Champions League campaign as possible, the Blacks and Yellows will have to go to their limits.

“The situation has changed from a mental perspective compared to the first half of the season. We are talking about that in the squad,” commented Dortmund midfielder Thomas Delaney.

Hundreds of miles away from the German winter, Borussia Dortmund are enjoying pleasant temperatures in their training camp in Marbella.

But photos, printed in local newspapers back home, showing relaxed footballers enjoying spring-like sunshine might draw a false picture of the situation.

Loud voices can be heard on the training fields of the noble Campus “Dama de Noche” telling the story of an entirely focused team. Swiss coach Lucien Favre and his squad seem aware they will be the hunted ones, and challenging mind games are waiting.

In advance of the second leg of the season, Bayern Munich performers have increased the pressure on Dortmund by announcing they are ready to deliver a tough fight for the national title despite the gap of six points. Bayern professionals such as Niklas Suele, Jerome Boateng, Thomas Mueller, and Manuel Neuer said they are convinced “we are the better team and can get pass Dortmund.”

Bayern coach Niko Kovac told his squad “it’s not done yet for Dortmund.”

Dortmund’s coach Lucien Favre is reacting calmly and composed emphasizing his team has enough quality to face the challenge. Despite the expressed confidence, the 61-year-old is working on tactical changes as his side has to deal with better-prepared opponents.

“It was much easier to score goals at the beginning of the season as it is now. We have to deal with opponents closing spaces near their goal. It is our main topic to find solutions for that,” Delaney commented. To get pass solid defence lines will be the “key to success.”

With the title in reach, Favre told his players to only focus on “our next game” and not talk about the outcome of the season yet. “We have to be much more patient in the second half of the season and adjust our game,” Favre said.

Dortmund CEO Hans-Joachim Watzke said the teams’ surprising success is curse and blessing at the same time. Expectations among fans have grown the 59-year-old emphasized but refused to accept the role as the favourites. Bayern are still on a higher level and “we do well to concentrate on our daily work though we are happy with the quality of our squad.”

Due to injuries of three defenders such as Dan-Axel Zagadou, Abdou Diallo and Manel Akanji, Dortmund are said to soon announce the transfer of the 19-year-old Argentinian defender Leonardo Balerdi from Boca Juniors. The deal is worth 15 million euro.

While Balerdi is expected to join Borussia within the next days, the 25-year-old Thorgan Hazard (Borussia Moenchengladbach) is seen as a future investment. The brother of Chelsea star Eden Hazard is most likely joining Borussia next summer. Dortmund are expected to invest up to 45 million for the Belgian international.