Carlo Ancelotti To Arsenal, Chelsea Or Tottenham? Manager Moves Back To London 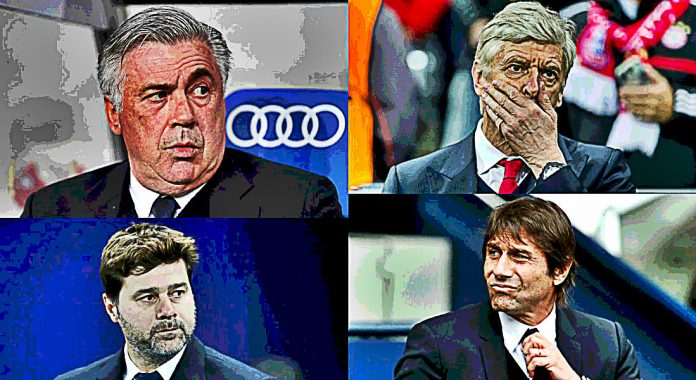 Ancelotti, who had guided Chelsea to Premier League and FA Cup double in 2010, was sacked by Bundesliga giants Bayern Munich in September.

Ancelotti has not yet bagged a new job despite the vacancy for a head coach in the Italian national team.

The former Real Madrid, AC Milan and Chelsea boss has now moved out of his apartment in Munich.

And sources close to the former Bayern Munich boss revealed that his belongings have been moved to his house in London.

Ancelotti has been linked with Europe’s elite clubs in the recent months and the that the former Juventus boss revealed this week that has turned down an offer to take charge as the new manager of Italy, only because he wants to remain in club football.

“I would like to continue to train a club team,” he said.

“Italian football has problems and I do not think I can solve them on my own. It’s a federation problem.”

Italy sacked Gian Piero Ventura after they failed to qualify for the 2018 World Cup in Russia and now they are desperate to rope in a new head coach.

Ancelotti, who has been linked with a return to Milan and Juventus, has reportedly informed his friends that he wants to see out this season before taking up a new job next summer.

Reports claim that the Gunners are in the market for a replacement for Arsene Wenger and Ancelotti is in their wish-list.

Sources claim that Wenger could be sacked next summer if Arsenal fail to make a top-four finish this season.