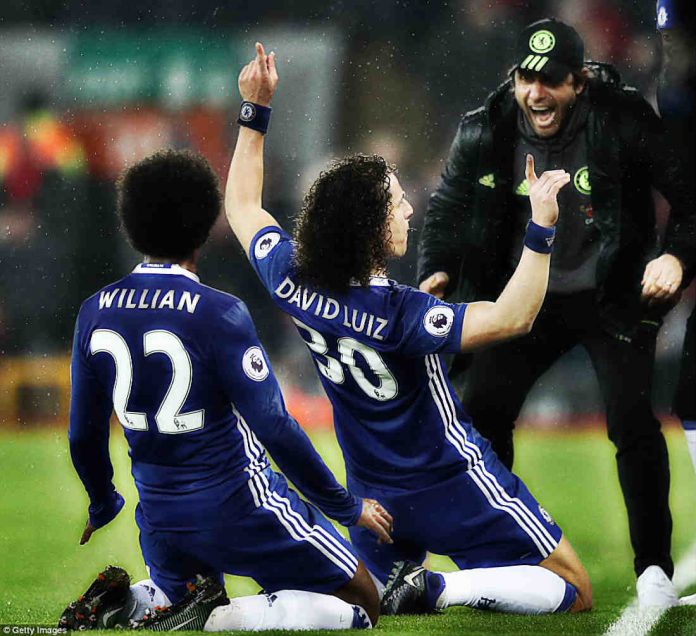 Chelsea boss Antonio Conte claimed that he is happy taking away a point at Anfield after Diego Costa missed a penalty and the match ended 1-1.

David Luiz scored Chelsea’s lone goal of the match with a beautiful free-kick – his first Chelsea goal since April 2013. 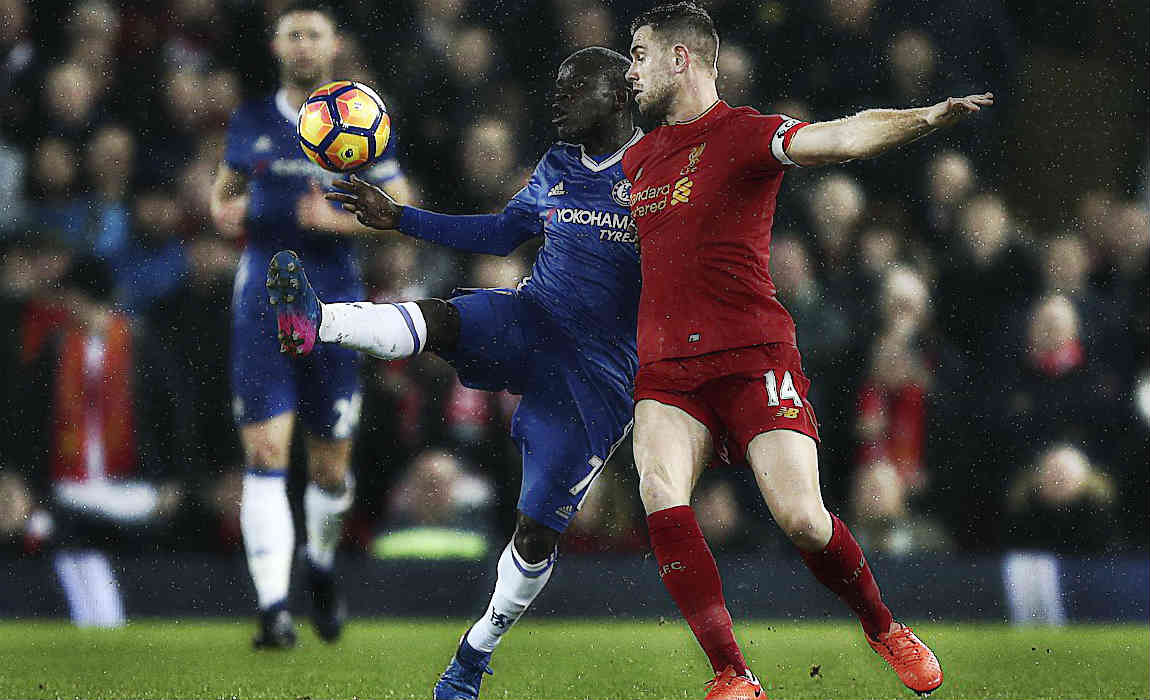 However, Liverpool equalized with a Georginio Wijnaldum just before the hour mark.

Diego Costa won a penalty in the 76th minute but the Blues talisman was denied by Simone Mignolet.

Conte was however, ecstatic at the full-time whistle as Tottenham and Arsenal dropping points meant Chelsea maintained a nine point lead at the top of the league table. 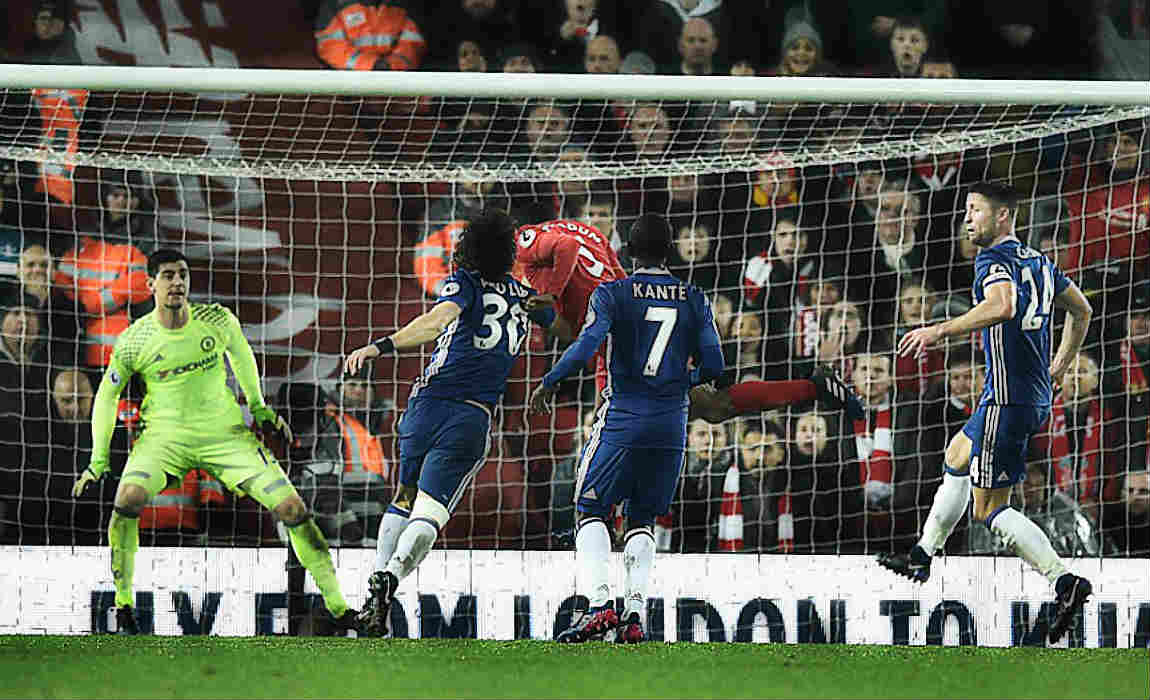 The Premier League leaders are clear favorites to lift the title – and speaking to the press after the game Conte said, “Half and half. I am pleased, for sure, for the performance of my players because it is not easy to play against Liverpool in this moment after three defeats, it is not easy to play in this atmosphere at Anfield.” 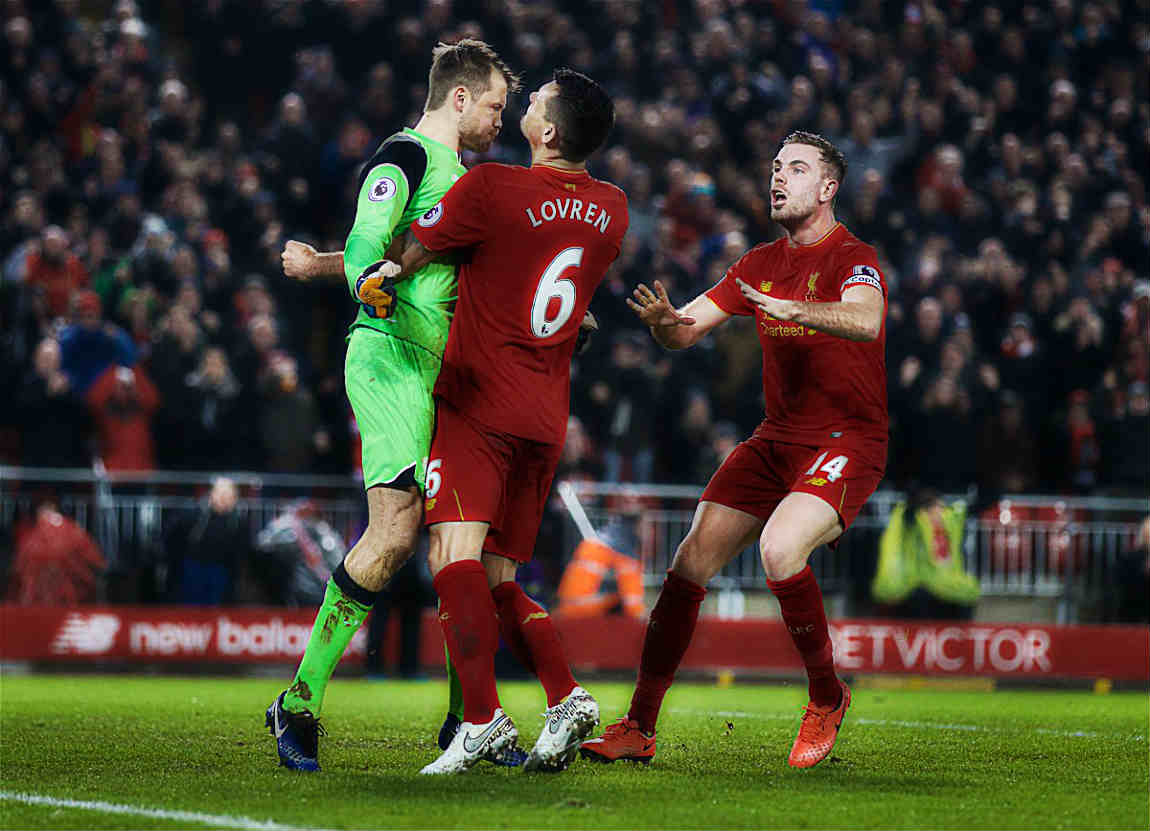 “I was a footballer so I know that when you play in this atmosphere it is very, very difficult. For this reason I am very proud for my players, for the personality they showed me.”

“It is a good point, for sure. When you have a great chance with a penalty in the 76th minute, for sure you think that you could win and to take three points but I think that Diego kicked very well and Mignolet made a great save.”

“Also, after this situation we had two chances to score the second goal but it didn’t happen.” 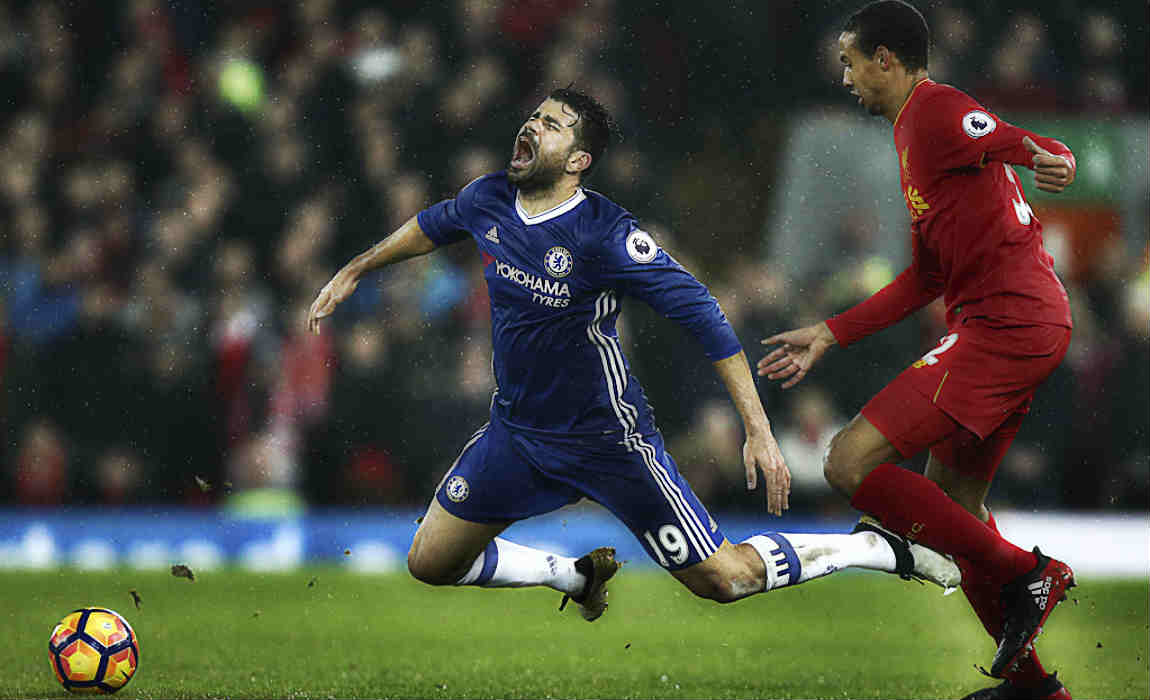 “Now it is important to recover and recover very well because today we wasted a lot of energy.”

“This game was incredible, very tough, great intensity, a lot of pressure from both sides and for this reason a lot of mistakes.”

“I am pleased for the performance of my players.”

Conte also heaped praise on David Luiz who scored a stupendous freekick as Willian let him have a go at the dead-ball. 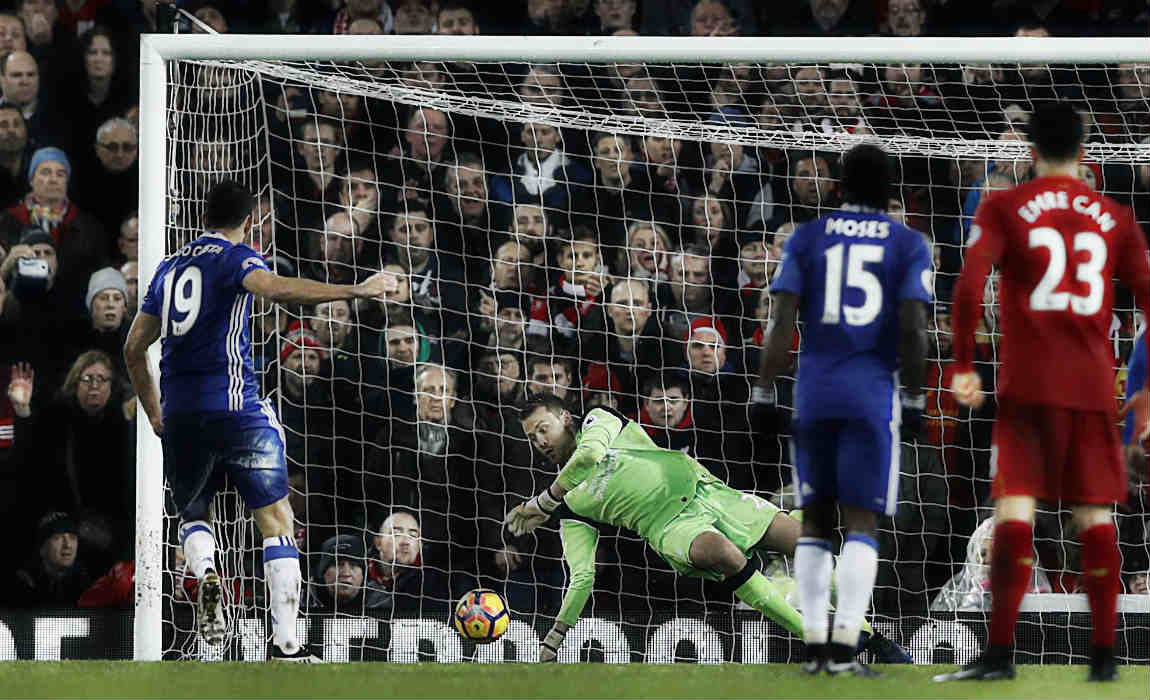 “Between Willy and David Luiz there is a great feeling. It was a great free-kick,” he said.

“I am pleased for David because I think he is playing very well. It is important now for him to forget this goal and to keep the concentration for the next game against Arsenal.”

Chelsea next face Arsenal this weekend, with Arsene Wenger’s men coming out on top in the reverse fixture at the Stamford Bridge with a 3-0 win, however this time Chelsea are on a run, while Arsenal will come in on the back of a 2-1 loss to Watford. 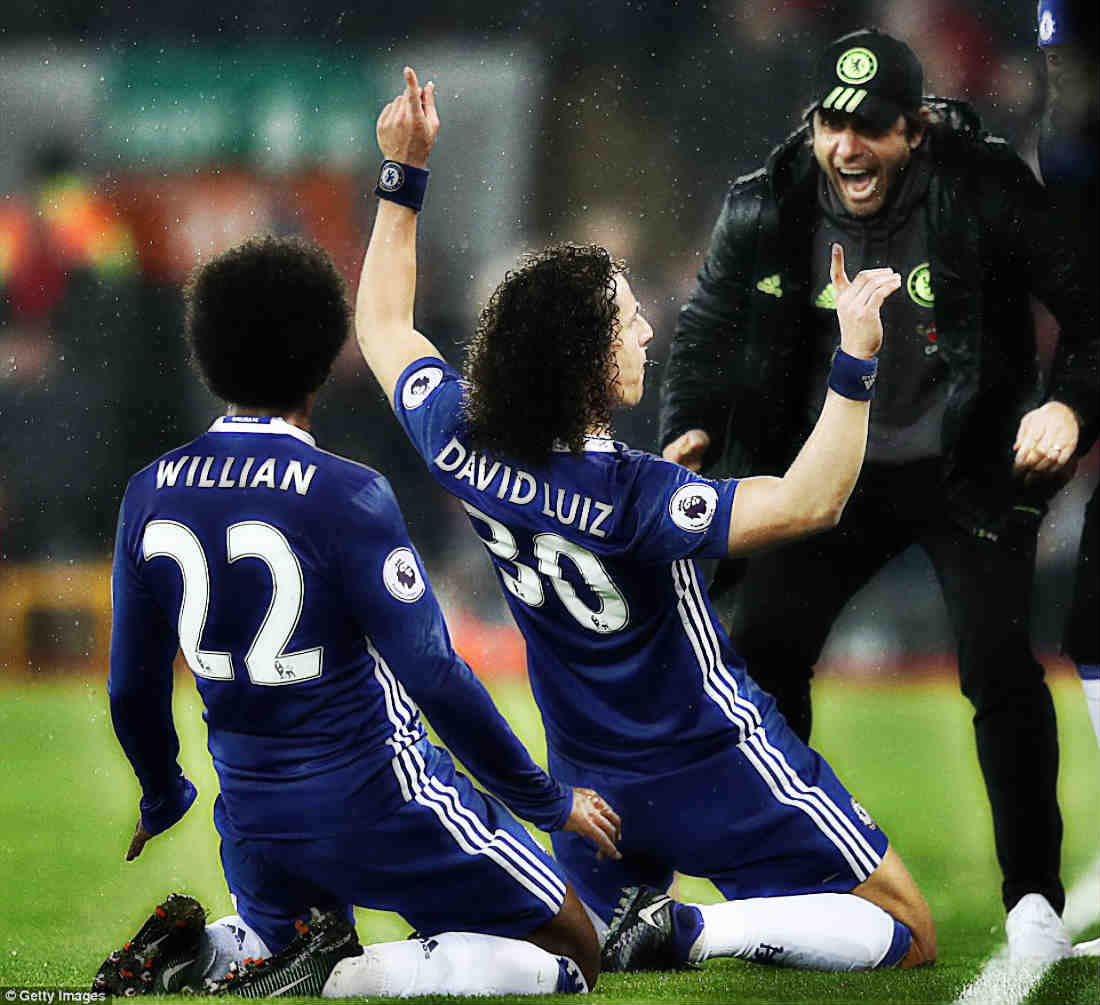 “We’ll face another great team. Arsenal is a really great team that can fight for the title. Don’t forget that in the previous game we lost 3-0 away,” the Italian added.

“I think this could be a good chance for us to show that now in the second part of the season we are a totally different team.”