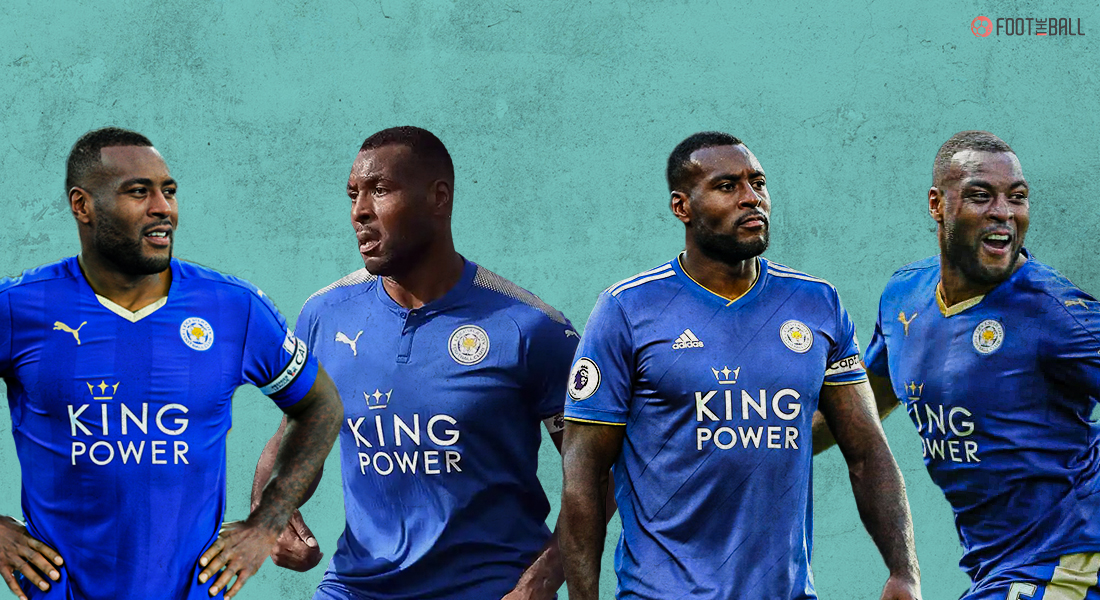 The end of the 2020-21 Premier League season will come with a teary departure. Wes Morgan, Leicester City’s captain of almost a decade, is set to hang up his boots. The Jamaican has been the ever constant towering presence in the team, which saw the Foxes win the second-tier Championship and the Premier League in the space of three seasons.

He ended his career by adding the FA Cup to his cabinet, which was also Leicester’s first. Captain Morgan is an iconic figurehead at the King Power Stadium and it is very easy to see why.

Loved by all associated with the club, Morgan has become a cult hero for his dedication with the Foxes and leadership of the team. He always has been the definition of the never say die attitude portrayed by Leicester which has turned them into European regulars within a decade of promotion to the Premier League with the skipper.

Morgan joined Leicester in January 2012 from hometown club Nottingham Forest. He had already played more than 400 times over a 10 year period when he came into then-manager Nigel Pearson’s squad. By the start of the next season, he had been made club captain.

Leicester were desperate to move out of the second-tier, and in Morgan, they found player driven to achieve exactly that. Morgan was composed on the field, leaving it all on the pitch every time he played for the club. He was the first to dive into every tackle, every interception setting the example which was to be followed. His leadership skills were on show right from the beginning as he gave his teammates freedom to express their angst or views.

This was one of the things that Morgan did very well over his career. He was friendly with both management and players, which tended to cause much less consternation in both parties. The 2012-13 season has become infamous for the way events unfurled for the two clubs that had made it to the Championship Play-Off final.

Leicester had the chance to seal their place in the Premier League but Anthony Knockaert missed a game-winning penalty right at the end of injury time. That set off a rapid chain of events which led to Watford going straight up the other end and sealing the game in their favour with a goal. Never the one to have real outbursts of emotion, Morgan describes it as “very, very sad” and “hard to take.”

The objective for both him and the club remained the same- promotion. The Foxes would achieve it in a fashion unlike any seen in the club’s history. They would accrue the most points (102), most wins (31), most home wins (17) and the most consecutive games won (9). It is hardly a surprise then that they finished first in the league and Morgan was hoisting the champions’ trophy after achieving his “dream,” of finally playing in the top flight.

Leicester’s first season amongst the big boys was a tough one. The club lost 19 games and were bottom of the table till April. Even the most optimistic of the fans must have felt that a swift return back down awaited the Foxes. Till then, the true highlight of their season had been the stunning 5-3 win over Manchester United.

FULL-TIME Leicester 5-3 Man Utd. Ulloa hits two as the Foxes come back from 3-1 down to win an astounding match pic.twitter.com/RRN7M8Mg21

However, entering the final two months of the season, Morgan felt that the hard work of the Foxes would have to bear fruit sooner rather than later. The captain along with the whole squad was determined to extend their stay and things finally clicked together.

Leicester opened April with a last-gasp 2-1 win over West Ham United. From then on, they lost just one of their final eight games, winning six. The defence under Morgan conceded just seven goals in the nine games which was enough for Pearson’s side to finish 14th. Then 5000/1 to struck.

No side has spent longer at the bottom of the #BPL table without being relegated than @OfficialFOXES (140 days) pic.twitter.com/reksNHiQjI

Entering their second season, Leicester shockingly sacked Pearson and appointed Claudio Ranieri in charge. The Italian did not make much changes to the squad. That helped the Foxes maintain their stunning form in the opening weeks of the 205-16 season.

Leicester lost only two games from their opening 19 games. They had been table-toppers since November and Jamie Vardy had broken the record of most consecutive league games to score in with 11. Even then, it was being written off as an aberration.

11 – Jamie Vardy holds the record for scoring in the most consecutive Premier League games (11 between Aug and Nov 2015). Nominee. pic.twitter.com/KeZZdosCbz

The second half of the season saw the club lose just ONCE! They won against Tottenham, Liverpool, Manchester City but arguably Morgan’s finest moment came against the Red Devils in May. Needing a win to be confirmed as champions, Leicester were down 1-0 inside the opening ten minutes.

Then the big defender scored the equaliser in the 17th minute which saw the game finish 1-1. Tottenham’s draw with Chelsea the next day meant that Leicester were champions of England for the first time in history.

On this date in 2016, Leicester City got their hands on the @premierleague trophy—and had the party of a lifetime at King Power Stadium 🏆 pic.twitter.com/jMumDfXAPb

In spite of this all, Morgan maintains that the thought of winning it all did not occur until the final few games. “Throughout the season, despite how well we were doing, how good we were, for me personally, I never got too carried away,” says the skipper. That is what is fundamental about Morgan.

His steady approach and always sticking to the task at hand endeared him to the fans who rightfully see him as the most capable person of achieving this feat. Though other players took the credit for scoring goals or setting records, it was the defender’s presence at the back that exemplified the team’s title win.

Morgan would be chosen for the PFA Team of the Year for anchoring the second meanest defence in the league with just 35 goals conceded. He alongside his teammates all could look forward to playing amongst Europe’s elite for the upcoming season. He would once again leave his mark upon the Champions League.

Leicester topped their Group, losing just once against Porto. In the round-of-16, they stunned 2016 Europa League winners Sevilla 3-2 on aggregate. Having lost the first-leg 2-1 in Spain, Morgan scored the opening goal as well as leading a shutout at the back to win 2-0 in the second leg. With the goal, he became the first Jamaican ever to score in the competition.

Morgan remained an indispensable part of the backline but saw his game time diminish under Brendan Rodgers. Since 2018, he has only appeared in 36 games in the league but his mentoring off the pitch has been invaluable. He has taken young defenders Caglar Soyuncu and Wesley Fofana under his wing which has Leicester City dreaming of the Champions League once again this season. However, one final chapter was yet to be written.

The FA Cup final against Chelsea saw Morgan come on in the 82nd minute. With Leicester holding on to a slim 1-0 lead, he rallied the troops through the final stages of the match as the Foxes held on to win their maiden FA Cup.

A befitting end to the career of a true legend of the King Power. Having made 324 appearances across all competitions, Morgan has stated that he will continue to be associated with the club in a different capacity. Captain Morgan is not leaving fully as of yet!