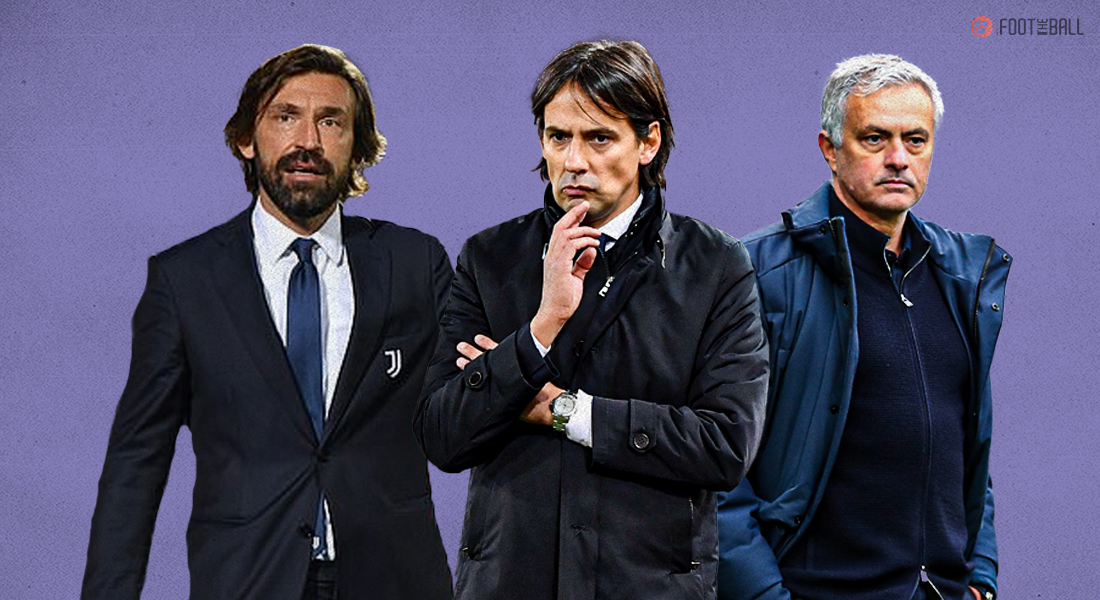 WITH THE ITALIAN SERIE-A KNOCKING ON THE DOOR, IT'LL BE INTERESTING TO SEE WHO WILL EARN THE ITALIAN CROWN?

While the international throne of Europe has a king seated on it, the world’s preparing to switch its eyes to the domestic jamboree of European football. After Inter’s iconic Scudetta triumph last season, the Italian Serie-A has turned into a spicy affair. The world is pouring in with questions that who’ll be the Serie-A favourites this Italian campaign?

Juventus will look to regain their throne, the Special One has returned to familiar land, while a fairytale story could always be on the cards. It’s time to find out who are the Serie-A favourites for this summer of Italian football.

The Italian kings have a title to defend when they kick off the 120th season of Italian top-flight football. Antonio Conte’s love affair with Nerazzurri ended with Inter after the managerial grandmaster was shown the exit door by Inter’s administration after the title-winning campaign.

The Italian giants have displayed no weaknesses last season with the forward battery of Romelu Lukaku and Lautaro Martinez demolishing Serie-A’s defences. The midfield looked balanced as the two forwards were never short of services as Inter’s high-flying season never took a u-turn. With a new campaign approaching, Inter has to be reminded that they along with everyone starts from zero.

The celebrations of the last campaign could shroud their judgement and the downfall could be on the cards. Something that happened to Juventus’ who were let down by their overconfidence. La Beneamata rarely needed the transfer market but the signing of Turkish magician Hakan Calhanoglu from neighbours AC Milan bolsters their drained midfield.

But Achraf Hakimi’s departure to PSG could open the floodgates in the Italians’ defence if new manager Simone Inzaghi doesn’t come up with a solution. Nicolo Barella could be Inzaghi’s shining star once again with the European Champion still living the dream with his national outfit. Barella was instrumental at San Siro last summer with the Italian fabricating a billion opportunities for his strikers’ to feed on.

The rightful owners of the Serie-A, Cristiano Ronaldo’s Juventus will be looking to decorate their trophy cabinet with the Italian crown once again. Pirlo’s premature appointment as the manager put the Italian club in jeopardy. Securing a Champions League spot by the barest of margins, Juventus had a shambolic Italian summer.

They were knocked out of the same competition quite early by an ecstatic Porto side who produced a fairytale evening in Turin. Although a rejuvenated Juventus outfit will seek inspiration from their talismanic striker Ronaldo who enjoyed a goal-scoring feast in Euros.

While Federico Chiesa, the revelation under Pirlo earned himself praises from all over the world. Bonucci and Chiellini were a brick wall defending for the Azzurri, as the experienced campaigners lifted the European crown. Pirlo’s managerial tactics, Dybala’s constant jail-time, and the lack of summer signings could prove to be a cause of trouble for Juventus.

Although the star-studded squad had a slip-up last summer, their quench for silverware could be fulfilled if the teams’ glued together in triumph and defeat. Juventus might also need a goalkeeping option with Buffon reaching the twilight of his career and Szczesny being a vulnerable option. Although the talent in Juventus’ squad makes them Serie-a favourites.

With 100+ goals in the last 3 campaigns, underdogs Atalanta have galloped from ‘Challengers’ to ‘Conquerors’. Constantly proving to be a threat for the teams who underestimated them winning a silver medal in the Coppa Italia. With next season knocking, Atalanta would be well prepared for another season full of milestones.

Gian Piero Gasperini has led the Atalanta train to new ceilings. Although Atalanta has been ending with just Champions League qualifications. Losing Papu Gomez was shocking but the Italian storytellers have rejuvenated themselves and look destined for silverware.

Losing Papu Gomez was shocking but the Italian storytellers have rejuvenated themselves and look destined for silverware. If they could jump across the challenges from teams like Juventus and both the Milan outfits, they surely look destined for the Italian trophy. Although La Dea had a bumpy start to last year’s campaign, something they would want to keep at bay this summer.

Atalanta is known for the flamboyance and sparkle they bring on the pitch, but under Gasperini, the squad has bolstered their defensive capabilities. Denmark’s defender Joakim Maehle enjoyed a prolific Euro 2020 where the world acknowledged the Dane. Will Maehle couldn’t hunt silverware in Europe, Christian Romero was instrumental in La Albiceleste’s success in South America.

Although possessing the Swedish king in their squad, AC Milan couldn’t possess the Italian crown to glorify him. Losing out to neighbours Inter, AC Milan has a task in front of them. A legendary chronicle was lying in pieces on the floor until recent times when splashing bucks in the transfer window injected a sense of relief. With Zlatan Ibrahimovic ageing like fine wine, Fikaya Tomroi permanently filling the back-line, and Theo Hernandez at full-back, AC Milan look refreshed. Considered serious Serie-A favourites during the course of last summer, Milan would look to justify that tag.

Ibrahimovic has had an influential role at the club and could once again be seen leading the forward battery along with Rebic and Daniel Maldini. While Fan Favourite, captain of the inspiring Danish team, Simon Kjaer will look to replicate his Euro heroics.

Although the only throne will be finding Donnarumma’s replacement. The legendary disciple of the Italian club has parted ways and taken up a new challenge in France with Mauricio Pochettino and company. Although Mike Maignan will be in charge between the frame, Milan could easily nurture another Donnarumma in the coming years. Currently, they belong to the bracket of Serie-A favourites if they don’t trail off the track during the business end of the tournament.

While the ‘Special One’ is leading Roma this summer, the Portuguese headmaster will need a season or two, to collect the ashes of the Roman Empire. Under Paulo Fonseca, the club faced a downfall as they were displaced from a Champions League spot, been thrashed by the Red Devils at the Theatre, and suffered shambolic defeats in Italy. Although they could challenge the contenders, they surely don’t fall in the category of Serie-A Favourites this summer until it’s a ‘Special season’ for them.

Napoli could be seen fighting for the crown but could falter like the previous seasons. A beautiful Messi finish kicked them out of the Champions League two seasons ago and they haven’t revived after that. But Lorenzo Insigne and Dries Mertens will look to turn the tables in Italy. Insigne thrashed a goal against Merten’s Red Devils on his way to European silverware but Mertens could prove people wrong with a mouth-watering campaign.

Although all the Italian squads look strong contenders and could be called Serie-A favourites, Inter and Juventus might emerge with the Italian crown at the end of the campaign.