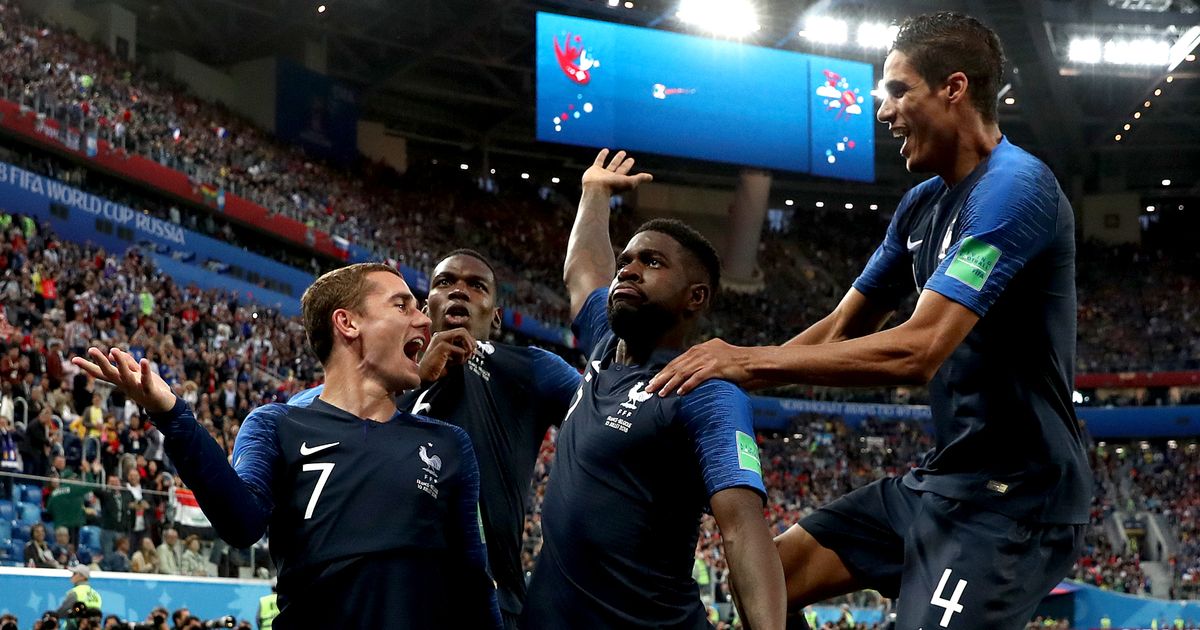 Umtiti took advantage of a lapse in defence to nod the ball past Thibaut Courtois via a slight deflection to give them a win in a tight but entertaining game, where one small detail made the difference.

France welcomed Blaise Matudi back into midfield following suspension and retained their habitual 4-2-3-1 system, while Belgium returned to a system of three central defenders, with the powerful Axel Witsel, Moussa Dembele, Nacer Chadli and Marouane Fellaini in the middle of the park in what was virtually a 3-2-4-1 formation.

Kylian Mbappe showed his pace after just 10 seconds with a run down the right and a cross that was just hacked away from the advancing Antoine Griezmann, before Belgium took control of the ball with the mobile Eden Hazard and Kevin De Bruyne both producing dangerous balls into the area, before Hazard fired just wide in the 15th minute and saw Raphael Varene flick the ball over when a shot looked destined for the net.

Hugo Lloris was then twice in the action, punching clear from Fellaini and saving at full stretch to deny Toby Alderweireld’s shot on the turn as Belgium pressed for the opening goal.

Hazard was pulling the strings for Belgium, but the game ebbed and flowed as the first half progressed with Giroud the focus of France’s attacks, putting a Mbappe cross wide when well-placed 11 minutes before the break.

Benjamin Pavard went closer with a shot Courtois saved with his outstretched foot after Mbappe had hypnotized the Belgian defense.

France took the lead in the 51st minute after Umtiti got in front of Fellaini to nod past Courtois, who five minutes later produced a fine save to deny Olivier Giroud, put through by Mbappe’s backheel.

Dries Mertens came on for Dembele, but Fellaini headed his cross just wide in the 65th minute as the game once more opened up.

Witsel drew a good save out of Lloris with 10 minutes remaining as Belgium lay siege to the France goal, but it was a night where the final pass was always just wayward and on Sunday the French will once again march on Moscow.