France Must And Will Do Better In Next Game, Says Deschamps 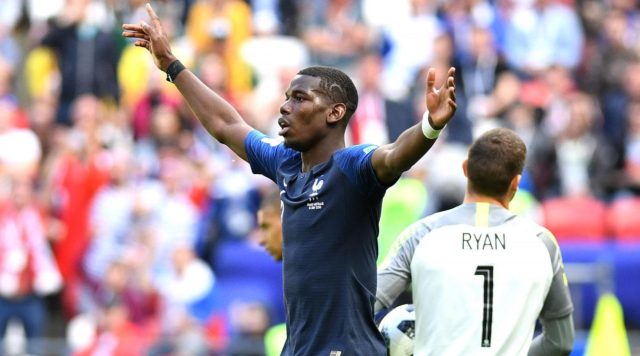 French head coach Didier Deschamps told press on Saturday afternoon that his team must and will do better in the next game following Les Bleus beat Australia with the help of the first use of Video Assistant Referee (VAR) in the World Cup Group C opener.

“The first match is always a major one. We are very happy that we won a highly difficult and complicated game,” said Deschamps.

France, led by the front of Antoine Griezmann, Kylian Mbappe and Ousmane Dembele, has not created many chances in the game against Australia.

“I think we lacked some speed in the passes and we don’t push forward and move backward very quickly,” the French coach said during the post-match press conference.

“We have not done a great game, although they have had only one opportunity which is the penalty we gave them. I do not want to say too much because they are going to sound like excuses. I think we’ve let Australia slow down the game. We have lacked speed and coordination in our offensive dimension.”

Regarding the first-used VAR technology which helps France earn a penalty, the 49-year-old coach said “an error is corrected” because of the new technology.

“The referee did not see there was a foul and he rectified,” responded Deschamps after being questioned about the goal action of Griezmann who scored the first VAR-assisted penalty. “An error is corrected and it is positive.”

Deschamps also hailed Paul Pogba’s performance and the late goal. “He is a great player with great potential and has got what it takes. I think he felt more comfortable in the way we played today with three midfielders. He has the freedom to do more,” he added.