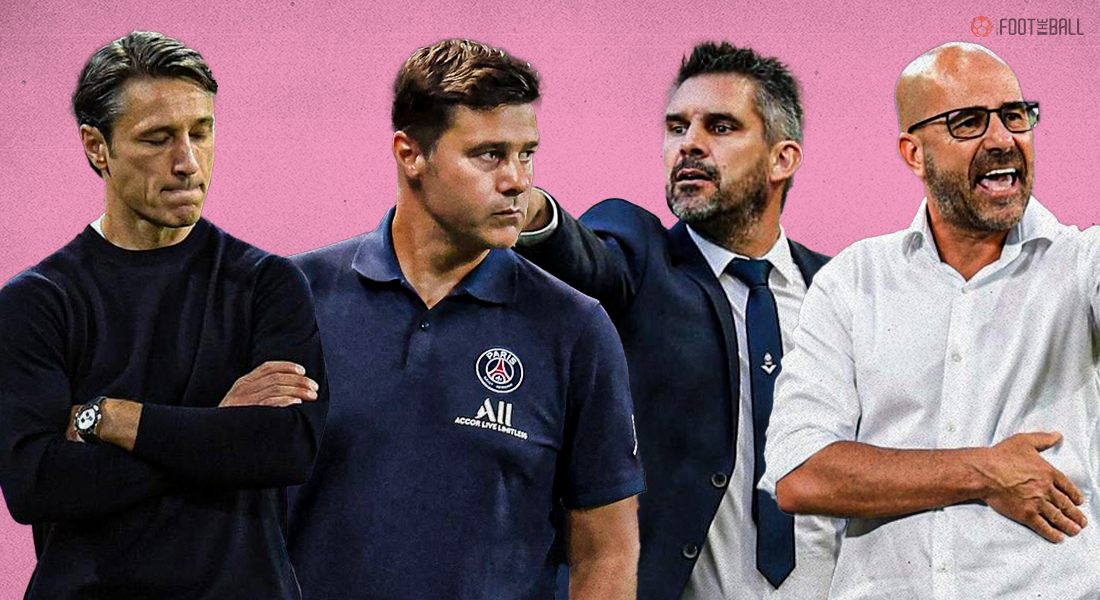 While Lionel Messi’s astounding signing shocked the world, it opened the doors for Ligue-1 to take off to new heights. With the French league prepared to kick-off, it will be crucial to see how the teams could fare this season in our Ligue-1 preview. Although PSG lost their crown to Lille last summer, not many had bet on it happening. Consequently, PSG has completely revamped their roster and look destined for glory.

Nice have invested in youngsters, Lille is prepared to retain their title, while Monaco and Lyon are fighting for the Champions League spot. With a mouth-watering season on the cards for the spectators, it’s time to dig deep and find out who could finish where in our Ligue-1 preview.

THE CHAMPIONS OF THE LAND

Well, considering the signings PSG has captured this summer there’s no doubt that they could become the ‘Domestic Invincibles’. The front-runners for the French crown, the Parisians’ train went well off the track last campaign. And Tuchel’s disastrous departure and Pochettino’s arrival raised some questions at the club’s administrations.

But the Argentine has started settling well and could fulfil the dreams of Paris’ fans. Lionel Messi will be seeded alongside Frenchman Kylian Mbappe and old friend Neymar as the trio would look to demolish the opposition.

While Neymar alongside Di Maria or Achraf Hakimi would be dictating the flanks. Whereas former Liverpool midfielder Gini Wijnaldum would be playing alongside Veratti in the middle of the pitch. Pochettino can have a three-man defence with Los Blancos’ ex-captain Sergio Ramos, Brazilian brick wall Marquinhos, and 2018 World Cup Winner Kimpembe occupying the centre-back positions.

PSG have formed a quality side capable of not only winning Ligue 1 but setting up new benchmarks this summer. Although Lille fabricated their fairytale last summer, repeating the heroics of last season would be almost impossible for the current champions. The title race in France might well be over before it begins.

While the Premier League offers four UCL spots, there are just two direct qualifications from France. While expected champions PSG will surely reserve themselves a seat at the European table, Lyon and Monaco will fight for the runners-up position.

Lyon looked good at one juncture last summer, and ex- BVB manager Peter Bosz was a wise selection, but the summer departure of superstar scorer Memphis Depay to Camp Nou could be a disaster. The captain of Les Gones, the talented Dutchman had been their top goal-scorer for a long time. A household name in Lyon, Depay’s departure leaves a hole in Bosz’s forward line.

But the return of Moussa Dembele from the Spanish side Atletico Madrid could be a major boost for the French outfit. And Depay’s absence could allow Ryan Cherki to fill the gap left by Depay. Cherki has been dubbed as a goal-scoring machine by pundits across the world and could lead Lyon straight into the Champions League with his magnificent outings.

Monaco has been quite active in the transfer market to bolster their striking prowess. Ismail Jakobs, a 21-year-old attacker from Cologne, is a shrewd acquisition who could contribute to Wissam Ben Yedder and Kevin Volland’s impressive goal tally this summer.

After allowing a bunch of goals in previous campaigns, Niko Kovac’s squad eventually has a reliable goalie. Alexander Nubel is largely projected to succeed Manuel Neuer as Bayern Munich’s long-term goalkeeper, and his temporary transfer to the south of France could be a precursor to developments to follow.

Alexander Nübel is in Monaco and will undergo a medical today and tomorrow. Nübel will join AS Monaco on a 2-year loan deal [@Sky_Torben] pic.twitter.com/vlkGmZjAF2

While there are just 2 direct qualifications possible from Ligue 1, the third-placed team gets a chance to play in the Champions League qualifiers. Considering Monaco’s impressive transfer window and the absence of Memphis Depay in Lyon’s squad, Les Monegasques could occupy the second spot while Lyon could finish in third place behind PSG and Monaco.

Besides these teams, Rennes, Nice, Lille, and Marseille could all be fighting for a UCL spot in a race that is sure to be more exciting than the title race.

Relegation is something that every club in the world looks to avoid. With just two teams being relegated every summer, Ligue-1’s relegation battles are more interesting than the title race. Last campaign, while the world waited for Lille to end PSG’s dominance in France, a different fight was going at the bottom of the table. Although Nimes and Dijon were surely going down, a battle was going on between Brest and Nantes as to who avoids the relegation play-off place.

This summer, we could expect the same when it comes to the relegation play-off spot. Ligue-2 Champions Troyes and Ligue-2 runners-up Clermont Foot could be two relegation-threatened outfits this summer. Clermont has made it to France’s top-flight for the first time in their history while Troyes also isn’t a familiar face in Ligue-1. But with the teams strengthening their squads with summer signings, it seems the French league could be “Too Hot To Handle” for the newly promoted outfits.

Brest would be once again fighting to avoid being relegated alongside Nantes and Bordeaux. Whereas Strasbourg could go down if their shambolic performances don’t make a quick u-turn.

Keep an eye on Galtier’s Nice, who are attempting to repeat Lille’s achievements from last season by bringing in bright and talented youngsters. Jean-Clair Todibo, Justin Kluivert, Mario Lemina, and Calvin Stengs, an intriguing attacker from the Netherlands, have put pen-to-paper and will be seen weaving their magic at Allianz Riviera and will surround Amine Gouiri, the 21-year-old forward who scored 16 times last term.

Backed by Sir James Arthur Ratcliffe, a British billionaire, Nice could be destined to give their fans a ‘NICE’ surprise this campaign.

They finished 9th last season, but this summer they would look to turn the tables and with the injection of youth in their squad they are more than capable to do so. Lille’s fairytale of last summer taught the world that Ligue-1 just isn’t about PSG’s domination and a balanced playing squad with a defined philosophy can overcome a galaxy of superstars. With Ratcliffe’s financial support, the know-how of Ligue-1-winning Galtier, and the experience of Gouiri, Nice could surprise the world this season.

Without a doubt, the biggest disappointment this summer could be the reigning champions Lille. When Leicester City finished top-of-the pile in England a few seasons ago, the next campaign they came tumbling down to 12th position. Lille’s fate could resemble Leicester City’s luck in France this season.

PSG’s disastrous domestic campaign forced them to make seismic changes and the Parisians have resurrected their squad completely. The signatures of Lionel Messi, Sergio Ramos, and Gianluigi Donarrumma for free explains how serious PSG is in this campaign.

Although Lille has won the French Super Cup, their core group have been shipped off to different outfits across Europe making it difficult for them to conquer the French throne once again. Fonte’s and Yilmaz’s age might be another concern as the two pillars of Lille reach the twilight of their respective careers.

Mike Maignan, Lille’s heroic goalkeeper is on duty with AC Milan as the French club are still searching for the Frenchman’s replacement before the French rollercoaster begins. While the financial issues surrounding the club add to the catalogue of misery for Les Dogues. Because of the weak financial situation, the French club had a silent summer window losing out a few crucial players and not being able to replace them. The upcoming campaign could be a wake-up to real life after their dream was fulfilled last season.

While the destination of this year’s league title does look like a foregone conclusion, the French league is primed for its most-watched season in years. Encouraged by a big audience, this season will be a chance for clubs across the country to showcase their talent. A single scalp of PSG could make them legendary. While for PSG, not even an undefeated campaign is out of the question. There are a lot of storylines in France to look forward to.