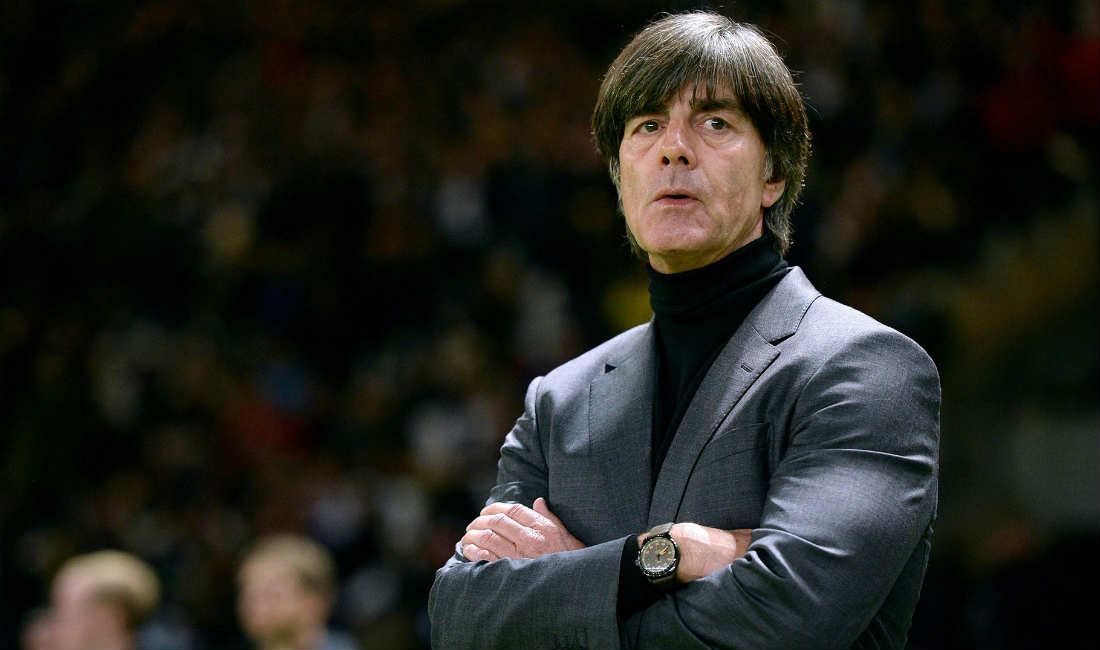 From Country To Club: What’s Joachim Löw’s Next Move?

Joachim Löw has indicated his era as German national coach might come to an end before his contract expires in 2022.

Löw said he is considering coaching a club team after leaving the German association. The 58-year-old emphasized the most significant part of his mission as national coach has passed. “If things work out well I will be German coach until 2022,” the former striker commented. “But to coach a club team is still an idea causing my attention.”

“You sometimes reach a point when you start to think about the future and want to answer the question: What is next?”

Talking about his future options, the 58-year-old said he is ruling out the option to work for a domestic side. “It will be a club abroad, to work for a club in Germany is nothing I think about,” he emphasized. He does not intend to retire after his time as German coach.

Being asked about Real Madrid as a possible option, Löw confirmed to be attracted by the Spanish giant. “Real is a challenge for every coach as it is one of the greatest clubs around,” he said with a smile on his face.

Löw admitted the year 2018 has been “extremely disappointing” with the team’s early group exit at the 2018 World Cup. At present, he feels ready for a re-start. He announced to continue the team’s rejuvenation in advance of the 2020 European Championships.

The German coach said he is especially happy with the development of Sane as he “is fully focused after he learned a lot.”

While praising the entire range of talented German youngsters, Löw fired off a warning shot for established stars such as Mats Hummels and Jerome Boateng. The Bayern Munich defenders in the last months lacked “best shape” Löw complained.

Regarding their future in the German squad, Löw said: “We will see what happens in the next months. The performance will decide who will be in the squad. The only thing that counts is performing well. Lately, they didn’t perform well.”

Löw said he is going to work with “the good ones.”

The current talents might help Germany to solve the problem in short-term, but not in the long run, Löw said. The 2014 world champion coach demanded significant changes in Germany’s talent education.

He called it apparent that “we lack right and left backs as much as we need to educate more players with strong skills in one-to-one duels.” This will be one of the major tasks for the future. Löw said behind the generation of Sane, Werner and Gnabry “there is a gap.”

The German coach admitted to having had sleepless nights after the disappointing World Cup in Russia, but quickly returned back to action “as I felt there is still a lot of energy in me.” Löw spoke about Germany as “the most constant team of the last ten years.”

“It is no big surprise that a team like that has to go through dark days after a success like that,” he said.

He added: “Other great nations couldn’t perform that well.” Löw mentioned Argentina, Brazil, Spain, and England. He demanded patience for the young talents and the team’s rejuvenation. “But for all and me in the first place, it is an obligation to qualify for the 2020 tournament.”

Löw said he is determined to win the UEFA Euro 2020 title.