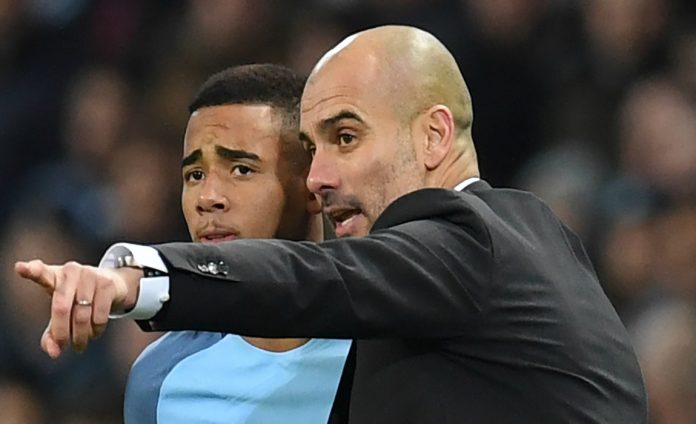 Gabriel Jesus has revealed that Manchester City manager Pep Guardiola wants the Brazilian to worry less about scoring goals and focus more on being happy.

Jesus has scored eight goals in 14 matches since joining Manchester City from Brazil’s Palmeiras in January for a reported fee of 33 million euros.

But despite his impressive start, the 20-year-old has not escaped criticism from Guardiola.
“He praises me but he also tells me off at times,” Jesus told a news conference in Porto Alegre, where he is with Brazil’s national team for their World Cup qualifiers against Ecuador and Colombia.

“I get annoyed when I don’t score and the last time he told me off was because of that. He saw that I was angry with myself during training and had a word with me. He said that I am a happy person and that I have to try to be happy always. He looks out for me and helps me a lot on the pitch.”

When asked to compare Guardiola with Brazil coach Tite, Jesus replied: “There isn’t much of a difference between the two. They are the same when it comes to tactics.

“They both put a big emphasis on the team’s intensity, regaining possession, pressure. It’s not a coincidence that Guardiola and Tite have won so much.”

In the same way that he has adapted rapidly to England’s top tier, Jesus has also made an immediate impact for Brazil, scoring five goals in his first seven international matches.

“I am very happy to say that I have been able to realize a childhood dream of wearing the Brazil shirt. I’m grateful for the help I’ve had from others,” he added.