Bale might retire from Club football next year but will play the Qatar world cup no matter what!

Gareth Bale’s career as a footballer has been the subject of uncertainty for quite a while now. Several reports suggest that Bale could retire from club football at the end of the season but will play for Wales in the World Cup should they qualify.

Bale scored eleven goals and assisted twice in the Premier League for Tottenham last season. In just twenty appearances he became one of the most important players on the side. However, his loan contract has expired and Bale will likely go back to Real Madrid.

⚽️ Gareth Bale had the best mins per goal record in the Premier League last season, scoring every 84 minutes for Tottenham

😩 Spurs fans are unlikely to see Bale back in north London next season with the Welshman supposedly in Carlo Ancelotti's Real Madrid plans pic.twitter.com/wOEGDSgtZa

Zinedine Zidane has never favoured the Welshman and he has barely had any playing time under his tenure. With the departure of Zidane and with the introduction of former manager Carlo Ancelotti, Bale might just be reintroduced to the Madrid side.

Bale has a standing contract with Real Madrid until June 2022. His playing time does not justify his humongous wage bill. Real Madrid has found it difficult to carry the financial burden that surrounded Bale and hence to ease some pressure he was loaned to Tottenham. The hierarchy and fans in Madrid would hope that this situation would change sooner rather than later. 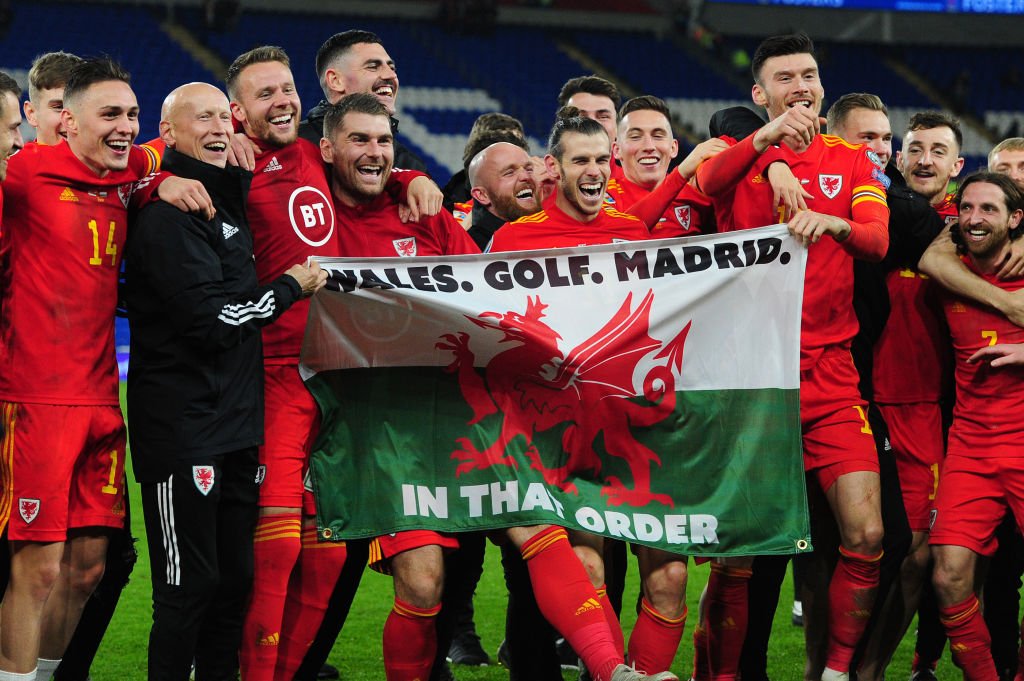 A transfer for a player who currently earns £600,000 per week is simply not feasible at the moment. No club in world football would be willing to invest in an ageing player like Bale who has had a history of injury problems. And so, among all the speculation, rumours surrounding the player’s retirement from football has surfaced.

The captain stepping up when needed the most 💥

Should've capped off the performance with a goal ⚽ but still an incredible effort🤯#EURO2020 #WAL #Turkey #TUR pic.twitter.com/x1QEusWZPf

Jonathan Barnett, Bale’s agent, has brushed aside any claims of the player retiring after the Euros despite many claims that pointed towards it. It was a magnificent performance by their captain that helped the team reach the round of 16.

“I will play for Wales until the day that I stop playing football.”- Bale when asked about his retirement.

Although Bale might live true to his words about playing for Wales, his club career might well come to an end. The player has reportedly been preparing to walk away from club football after his current contract with Real Madrid expires (source: Daily Mirror). The player has said to his friends and advisors that he is not going to look for a club once he becomes a free agent. Gareth Bale is therefore likely to retire from club football!!

THE LOVE FOR WALES

Gareth Bale’s attitude has taken a severe dip since joining Real Madrid. The Champions League winner no longer shows the attitude in his parent club. Cameras have often spotted the player slacking off even on the bench. This might be partly due to the fall off with the manager but Bale has shown no signs of wanting to regain his role. Rumours also suggest that he is an outcast among the players as well.

Yet, despite all the controversy that surrounds him at his club, when Bale puts on his national team jersey, he is a different beast altogether. The once pacey winger that daunted the wings for Real Madrid comes to life for his national side. The charisma and passion are visible when Bale plays for Wales. Therefore, his comments on playing for his national side in the 2022 Qatar World Cup is sure to be followed through.

Tough one to take on Saturday. Unfortunately we just fell short but I’m proud of all of the boys and the effort everyone has put in over the last few weeks. Thanks so much for your support. We’ll be back & we’ll do everything we can to make the nation proud 🏴󠁧󠁢󠁷󠁬󠁳󠁿❤️ #TogetherStronger pic.twitter.com/3z2t2KjYdM

Even if Bale does decide to retire from club football, it is highly unlikely he will denounce his role at the national side. If Wales do manage to qualify for the World Cup and if Bale does remain a free agent, things could get tricky for the Wales captain. The Qatar World Cup is delayed till winter as it is not possible to play in the harsh summer conditions. The temperatures usually reach over forty degrees Celsius during the summer in Qatar and therefore it has been delayed till winter.

Therefore, Bale will have to keep himself fit for at least four months without the help of a club. It is paramount that Bale retains his fitness even if he retires from club football. Currently, they are struggling to qualify but a good finish in the Nations League should give them the edge. If they do manage to make it to the finals it will be their first appearance since 1958.

Bale and co. will do their best to qualify for the most prestigious football tournament in the world. They will look to draw inspiration from their performance in the Euros. Bale will be the focal point of this team once again, the X factor that can help them past the tougher opponents. Gareth Bale might just continue his passion for Golf while keeping his country afloat in the grandest stage of World Football!