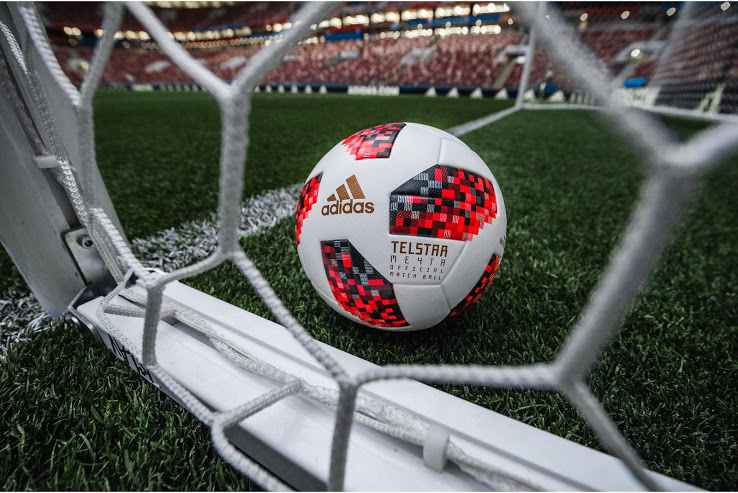 Kick Like A Pro: How To Take A Penalty Shot

The author, Tim Bennett, is a Senior Lecturer in Sports Bioemechanics, Leeds Beckett University. This article was originally published in The Conversation, an independent source of news and views from the academic and research community.

World Cup fever is well and truly underway – there have already been highs, the lows, and definitely a few penalties. And scoring a penalty can be the deciding factor of many important football matches.

Previous major championships, such as the 2006 FIFA World Cup finaland the 2012 UEFA Champions League final have been decided by penalty shootouts. And evidence from World Cup and European Championships has also shown that teams have a considerably greater chance of winning – than drawing or losing – when awarded a penalty within match play.

Research which looked at previous World Cups and European Championship tournaments shows that the successful conversion of a penalty resulted in a 61% increased chance of winning – this decreased substantially to 29% if the penalty was missed. All of which makes the ability to score a penalty kick in a competitive match of critical importance – especially considering the low number of goals scored during a typical game.

Don’t be distracted by the goalie

Kicking a stationary ball from the penalty spot was first introduced in 1902 with the ball situated 12 yards (11 metres) from the goal. In 1997 the kick rules were amended to allow goalkeepers to move sideways along the goal line prior to the ball being kicked.

The importance of this rule change has been highlighted in kicking research – which shows that if the goalkeeper has a greater opportunity to distract the player – think waving arms – it results in a higher percentage of saved penalties. This is particularly the case in situations that provoke higher levels of anxiety for the penalty shooter – like a World Cup deciding penalty kick.

In this sense then, it’s important the kicker isn’t distracted by the goalkeepers tactics when lining up to take a penalty kick – which can take less than 400 milliseconds in flight time to the goal mouth.

Former Polish goalkeeper, Jerzy Dudek, used the distraction strategy very effectively in the 2005 Champion’s League final – he saved two penalties from Andrea Pirlo and Andriy Shevchenko, and distracted Serginho enough for him to strike his effort over the bar.

The most important kicking skill in football is the instep kick or the “laces” kick. Here, the player drives using the quadriceps muscles of the thigh to provide the most powerful technique in football.

Because of its power, this kick is commonly used for scoring penalties. But research that has focused on instep kicking accuracy, shows that something of a “speed accuracy trade off” occurs.

A classic example of emphasising speed over accuracy was Chris Waddle missing one of England’s penalties in the 1990 World Cup semi-final against West Germany. But it’s also worth noting that placing greater emphasis on accuracy to the detriment of speed can also give the goal keeper enough time to react and save the penalty.

So with all this in mind, how do you take a penalty like a pro? It all starts with the run up phase, skilled players typically approach the ball at an angle of about 45 degrees (0 degrees being directly behind the ball). This facilitates maximal ball speed.

Approaching the ball at such an angle also helps the player to incline their kicking leg away from the support leg. This is thought to improve the foot-to-ball contact – by enabling the kicking foot to be placed further underneath the ball.

The speed players approach and run up to the ball will be different for each person. This is important, as research has shown that footballers produce their highest ball speeds when using a self-selected speed of approach.

Next up is the backswing phase of the kick. This is crucial for stretching the muscles of the upper and lower body to an optimal length to help generate greater muscle forces. Elite footballers perform this phase of the kick by extending the kicking leg, rotating the torso, and extending the non-kickside shoulder backwards through a large range of motion. This phase is analogous to drawing back the bow in archery.

Now to the forward phase of the kick. Here, the muscles contract rotating the torso and flexing the non-kickside shoulder towards the kicking leg. On top of this, the kicking leg is coordinated in a specific sequence: the hip is flexed first, followed by fast knee extension, resulting in the foot accelerating through to ball contact.

The position and speed of the foot at ball contact determines the quality of the foot-to-ball impact and the resultant ball speed and accuracy. To optimise ball speed in a penalty kick scenario it is important to kick the ball as close to the centre as possible.

What all this shows, is that scoring a penalty kick is no mean feat. So as you watch the World Cup, keep in mind the level of skill needed to get that penalty on point.