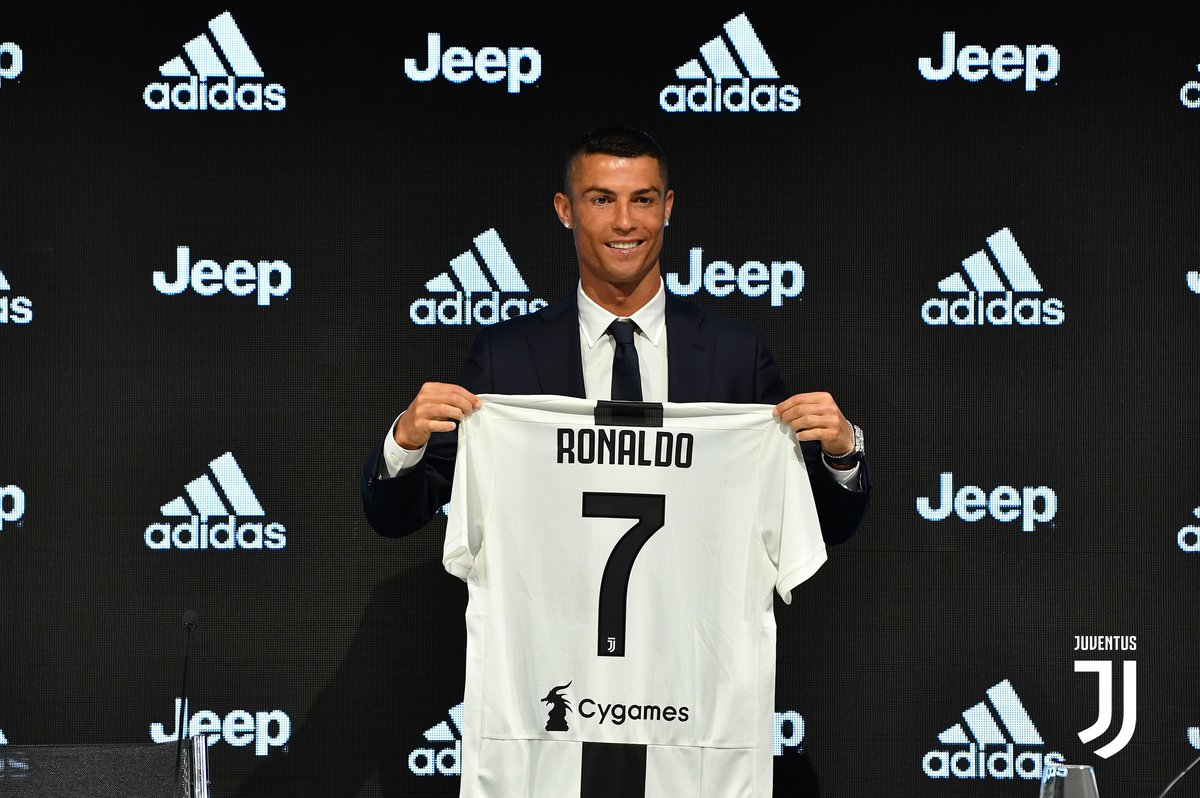 On Monday evening, Cristiano Ronaldo held his first press conference as a Juventus player and spoke about his ambitions with the Old Lady, signing a four-year-contract.

Ronaldo will earn 30 million euros per season at the Allianz Stadium, a sum the Juve board hopes will return La Vecchia Signorato to the summit of European football.

Juventus have not won the Champions League since 1996 and have been runners-up on five occasions. In the most recent final in 2017, a Ronaldo double helped Real Madrid clinch victory but now signing the five-time Ballon d’Or winner to their ranks, there is a whiff of optimism in the air!

On his reason to join Juventus

“I’m here because it’s a brand new challenge for my career. It’s a big club and usually players of my age go to Qatar or to China, with all due respect, so coming to such an important and outstanding club at this point in my career makes me very happy. That’s why I’m very grateful to Juventus for this opportunity because I can go on with my career.”

On his successful career and aspirations as a Juventus forward

Message to his Real Madrid supporters

“Well, I had a great career at Real Madrid, we won everything, but it’s now it’s time for a new challenge. I’m happy, motivated, and I want to prove in Italy that I’m a top player. I don’t have anything to prove, the numbers speak for themselves. But I don’t want to get into a comfort zone, I was at Manchester United, Real Madrid, and now I’m ready for a new challenge.”

On Juventus and Serie A

“I want to leave my mark on Juve’s history. I am very happy for this challenge.”

“I’ve been lucky in my career and I’m looking forward to this new experience. It’s a difficult challenge but what am I going to do? Sit around in a chair at home and count my trophies? I have confidence in my new teammates and I’m going to work hard to give the best of myself. I always want more.”

Will he win the Champions League for Juve

“Of course I want to win it again, but not just the Champions League… the Scudetto as well, all of them. But we have to be patient, it’s a very difficult tournament to win. Juve have been close many times but it’s hard and we have to take everything in our stride, be patient and see what happens.”

“Yes, it was a beautiful moment for me. It doesn’t happen often. This is a new adventure for me and I’ve been made to feel very welcome by everyone.”

Had Ronaldo already decided on Juventus move after winning the Champions League Final this season?

“No. How I got here isn’t that important. I’m in good shape physically and mentally. I hadn’t decided anything in Kiev. I’m different from other players, I’m 33 now but I’m really looking forward to this new stage in my career.”

Was Juve the only offer Ronaldo received this summer?

(And as he gives a look that line of questioning is closed).

Is there a date for Ronaldo’s debut?

“No. It depends on the coach. We’re playing some friendlies and the league starts next month so we’ll see. I start training on July 30 (but) I want to play on the first match day of Serie A.”

“What I want now is to be successful with Juventus. I have come here to win. I’m ready and prepared.”

Will it be more difficult or easier to win a Ballon d’Or at Juve?

“I haven’t thought about it. I never thought about winning two or three and now I have five. I won one at Manchester United and at Real Madrid so why not here? But everything will come naturally and in its own good time.”

“I’m very happy that the club showed so much faith in me and it’s a real honour for me to be here. It’s a big challenge in my career, a lot of players my age choose to go elsewhere with all due respect. It’s a step up. I’ll do everything I can to take Juve to greater heights.”

“It is not something that makes me lose sleep.”

How does it feel to be Cristiano Ronaldo, a role model for kids?

A big grin and Ronaldo replies: “I always want to try and be an example on and off the pitch. And on it I’ll try and help Juve to win trophies.”

Has he been in touch with Carlo Ancelotti?

“Not recently. He’s someone I have in my heart and I have a lot of respect for him. We had a great time together at Madrid.”

“Not really, I’ve never focussed on that sort of debate. I’ll try and do the best I can here. The media like the Messi comparisons but it’s a team sport.”

How does Ronaldo feel about leaving Madrid after nine years?

“I’m looking forward to getting started and I wish the league started tomorrow. I’m someone who thrives on challenges and coming to Juventus is one. I’m ready and age doesn’t matter.”