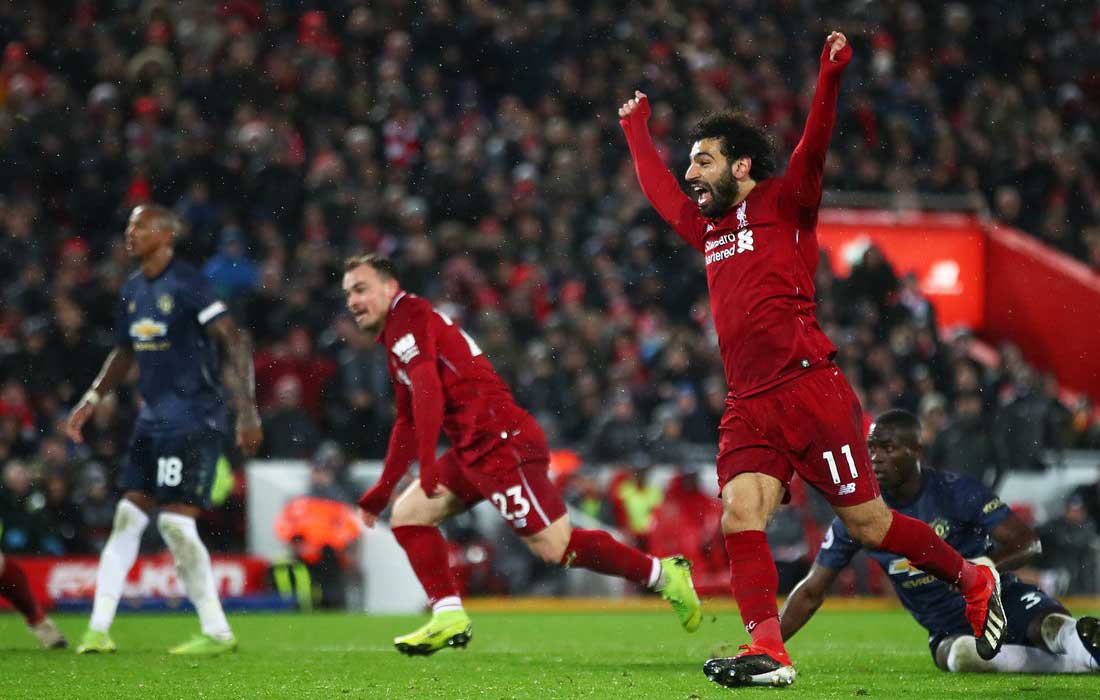 Could This FINALLY Be Liverpool’s Year To Lift The Premier League Title?

We are now 16 games into the 2018/19 Premier League campaign and Liverpool, led by the charismatic Jurgen Klopp, are sitting pretty at the top of the table.

The Reds, two points clear of closest challengers Manchester City, are the only remaining unbeaten team ahead of a contest with old enemies Manchester United. The blue half of Manchester will be hoping that Jose Mourinho’s side can do them a favour…

Liverpool are looking incredibly strong though, and it is difficult to back against Klopp’s men on current form.

Anfield has been something of a fortress for the Reds in recent years; they are unbeaten in their last 28 Premier League home fixtures – a run that stretches back to a 2-1 defeat to Crystal Palace in April 2017. Plenty of punters will fancy Liverpool to finally end their barren run without a top-flight title in 2018/19.

And don’t get too excited…@LFC manager Jurgen Klopp plays down Premier League title talk as he says “it’s only December”.

In years gone by, Liverpool’s blueprint for success has been based on offensive prowess. The 19-time English champions have been building momentum since Klopp was appointed at the helm, and it would be fair to state that Liverpool are now stronger than ever before.

There is a different mood surrounding the Anfield club this year, and that is predominantly because of a major improvement to the defensive unit.

Virgil van Dijk has matured into one of the best defenders on the planet. A natural leader, the Dutchman is the heart and soul of Liverpool’s back four, and his impact has been clear for all to see.

In terms of reading the game, staying composed, and keeping tabs on opposing strikers, he is one of the best in the business. Without a shadow of a doubt, most fans agree that the acquisition of Van Dijk was £75 million well spent.

As of December 14th, football betting odds show Liverpool at 5/2 for the title in 2018/19. It is now difficult to pick an area of weakness in this Reds side – Klopp has built a strong unit at Anfield.

City have the quality to demolish teams at will, but Liverpool are ruthless and they will not give up easily in their pursuit of glory. It looks like a two-horse race between the two North West clubs for the crown.

Liverpool have picked up 42 points from a possible 48 at the time of writing, and the Reds have found the perfect balance of attack and defence.

With just six goals conceded in their 16 league games, Klopp’s side are heading in the right direction, and punters will be quietly confident of an Anfield triumph in 2018/19. You won’t find too many football fans backing against Liverpool at this moment in time.

Jurgen Klopp would love nothing more than to bring a maiden Premier League title to Anfield. You could see the raw emotion on display from the German after that late derby day winner against Everton – he is determined to guide Liverpool back to the summit of English football.

Watch this space, 2018/19 could finally be their time to finish as the top team in the Premier League. Write this Reds side off at your peril.