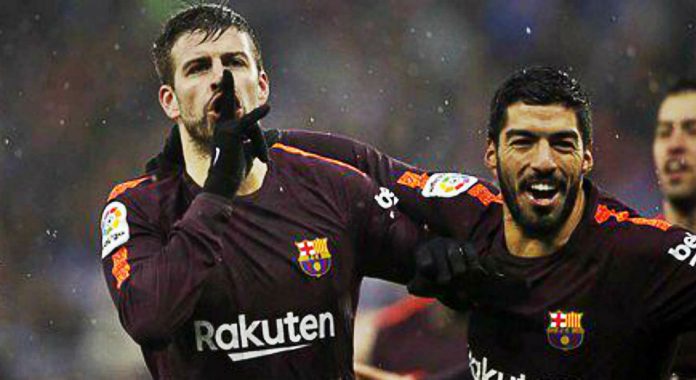 FC Barcelona retained their unbeaten record in the Liga Santander as they came back from a goal down to take a point from a feisty local derby away to Espanyol. 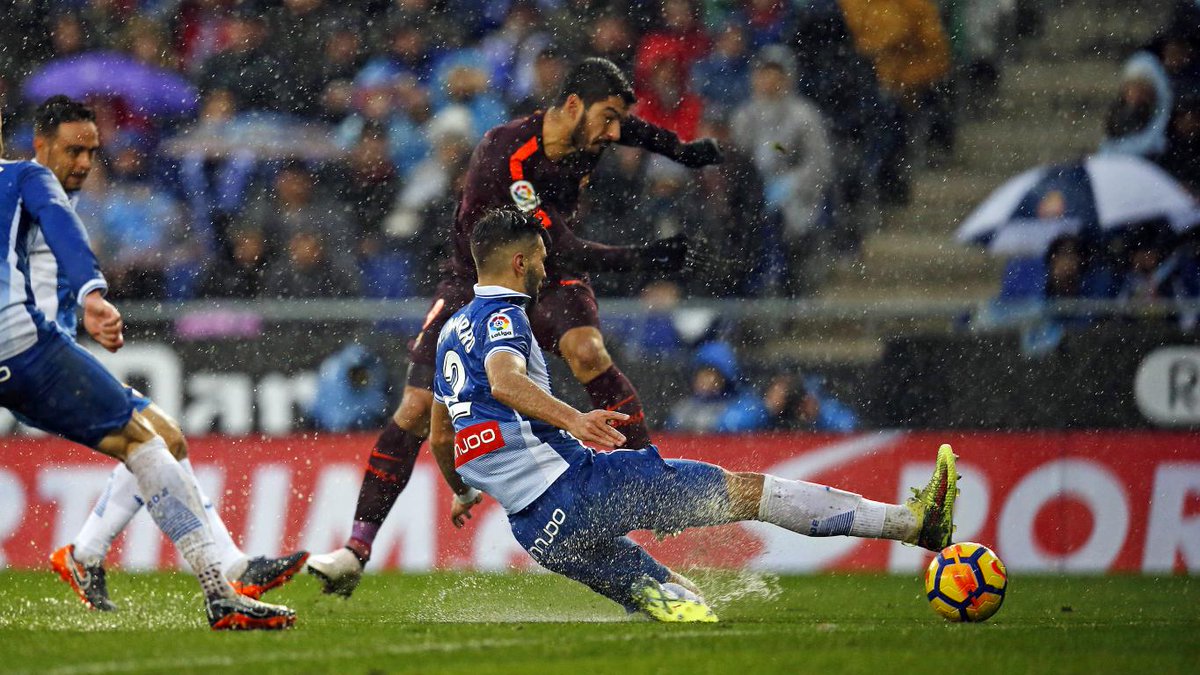 Barca coach Ernesto Valverde, perhaps mindful of his side’s Cup semi-final return leg away to Valencia on Thursday night, left Leo Messi on the subs’ bench along with Ivan Rakitic, Sergi Roberto and Jordi Alba and gave a chance to Paco Alcacer and Nelson Semedo.

The first half was a scrappy affair played under pouring rain and there were few chances, but Espanyol took the lead thanks to Gerard Moreno’s excellent header following a Sergio Garcia cross. 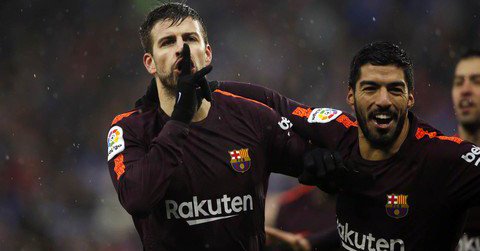 By that time Leo Messi had replaced Alcacer and he supplied the free kick which allowed Gerard Pique to equalize with a powerful header. Pique’s ‘finger to lips’ gesture to the Espanyol fans who had been insulting him all game making it quite clear how he felt about scoring the goal.

Atletico Madrid then defeated Valencia 1-0 thanks to a splendid second half goal from Angel Correa to close to within nine points of Barca and open up a nine point lead over Valencia in third. The flip side of the coin were injuries to central defenders Stefan Savic and Diego Godin (whose teeth were literally sent flying) which could sideline them for next weekend’s trip to Malaga.

Girona’s incredible season continued with a 2-0 win at home to Athletic Club Bilbao. Cristian Stuani scored twice against a rival for whom the best news was the return to action of Yeray Alvarez after overcoming cancer for the second time and on World Cancer Day. 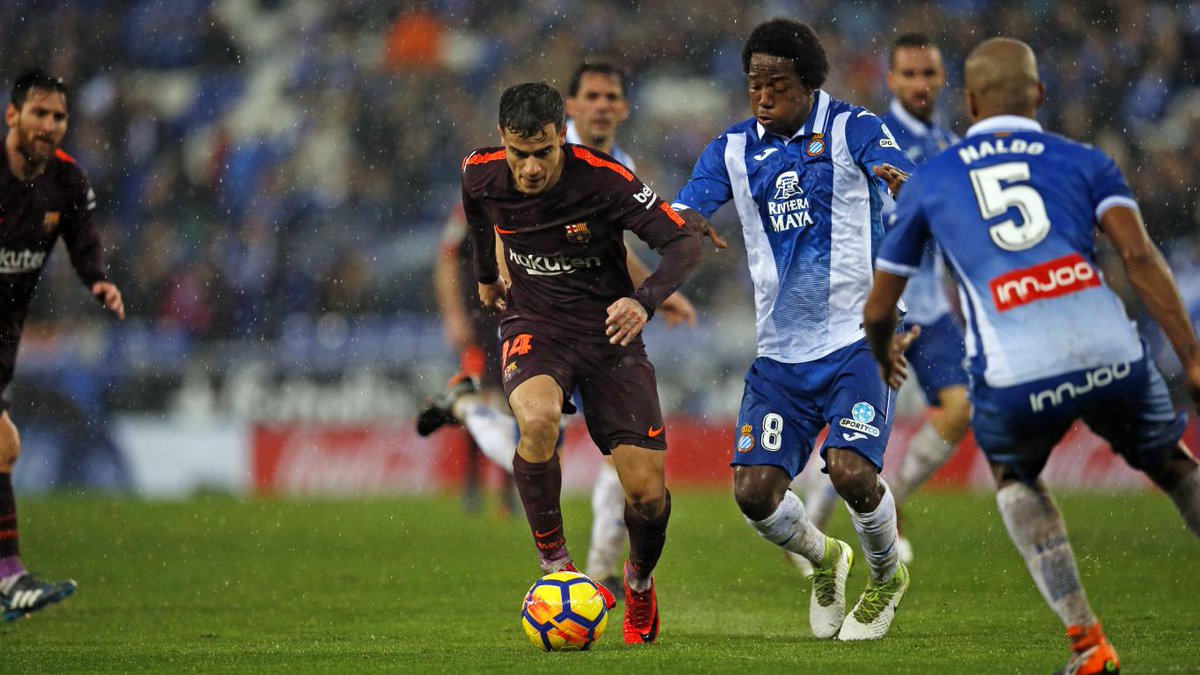 Sunday kicked off with a 0-0 draw in the ‘South Madrid derby between Getafe and Leganes in a snowy Alfonso Perez Coliseum.

On Saturday Real Madrid dropped a further 2 points as they were held to a 2-2 draw away to struggling Levante.

Madrid opened the scoring in the 11th minute with a Sergio Ramos header, but Levante equalized before halftime when Emmanuel Boateng slotted a loose ball home from outside the area.

In the second half Real Madrid failed to break down their rival until the 81st minute when Isco, who had replaced Gareth Bale earlier, finished after good work from Karim Benzema. Zidane then replaced an unhappy looking Ronaldo, who watched from the bench as Levante scored a late equalizer from recent signing, Giampaulo Pazzini.

Eibar kicked off the day with a 5-1 thrashing of Sevilla in a game they led from the moment Kike Garcia opened the scoring in the 40th second. Fabian Orellana scored twice, while Ivan Ramis and Arbilla rounded off the scoring.

Loren Moron had a dream debut for Betis as he scored both goals in his side’s 2-1 win at home to Villarreal, who played for an hour with 10 men after Daniele Bonera was sent off for a high challenge. 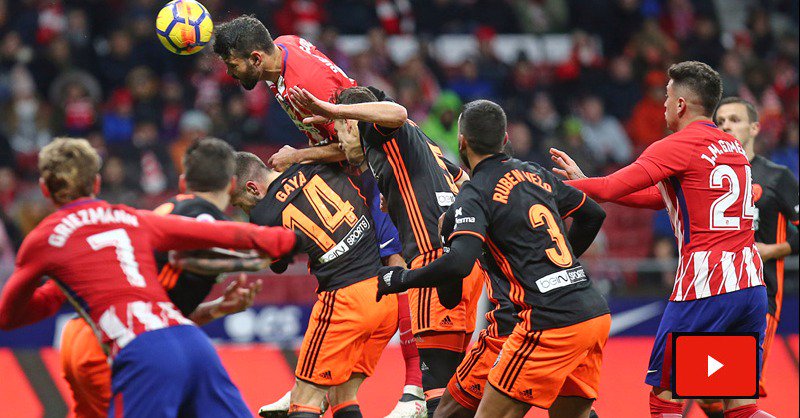 Alaves moved closer to safety with a 2-1 win at home to Celta Vigo, who would have gone sixth with a win. Alaves started strongly and were 2-0 up by the 18th minute thanks to goals from Alfonso Pedraza and Munir.

Iago Aspas netted his 15th goal of the campaign in injury time, but it was too late for Celta to salvage a point.