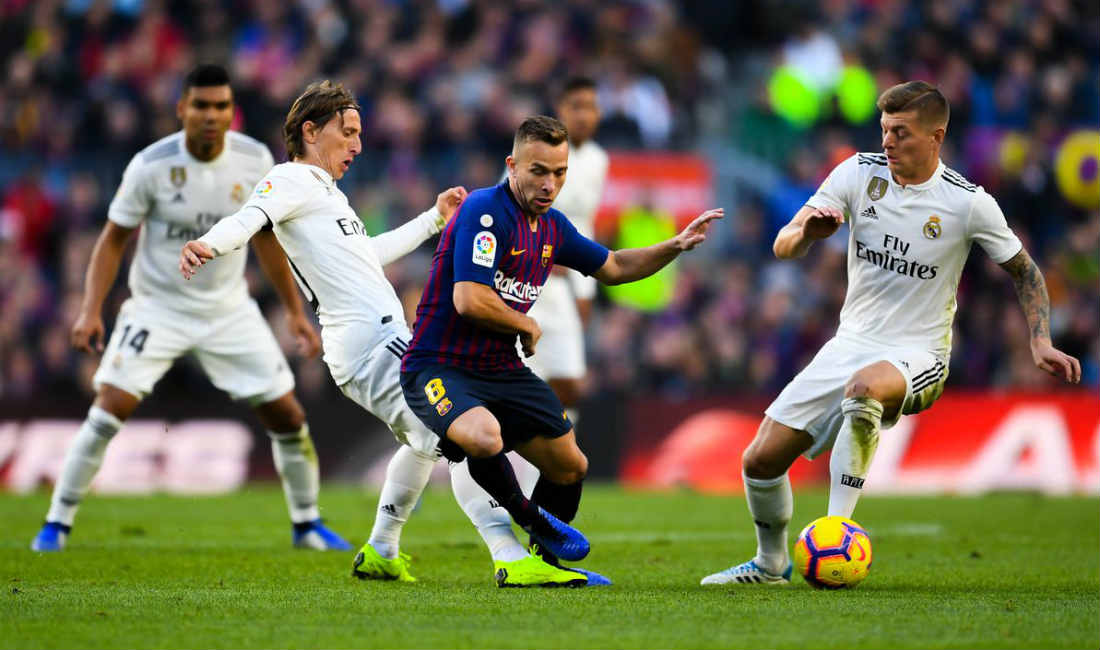 Spanish Football League (LaLiga) President Javier Tebas confirmed on Monday that the second ‘Clásico’ of the season between FC Barcelona and Real Madrid will be played at 20:45 (local time) on March 2 in Real Madrid’s Santiago Bernabéu Stadium.

Tebas made the announcement on Catalan radio station RAC-1.

The game will be three days after a hypothetical semifinal tie in the Copa del Rey if both teams get through the current round of 16 and the quarterfinals.

The game will also be three days before Real Madrid entertain Ajax in the return leg of their Champions League last 16 tie.

The first Clásico of the season saw Barca thrash Madrid 5-1 in the Camp Nou Stadium, a result which led to Julen Lopetegui’s sacking as Real Madrid coach the following day.

?DEMOLITION SQUAD? No Messi, no problem!

Elsewhere, Real Madrid defender Jesus Vallejo suffered another muscle injury during Monday’s training session. It is the fourth muscle injury suffered by the young defender this season. Vallejo’s physical problems limited him to just two appearances during the current campaign.