Now Or Never For Los Blancos 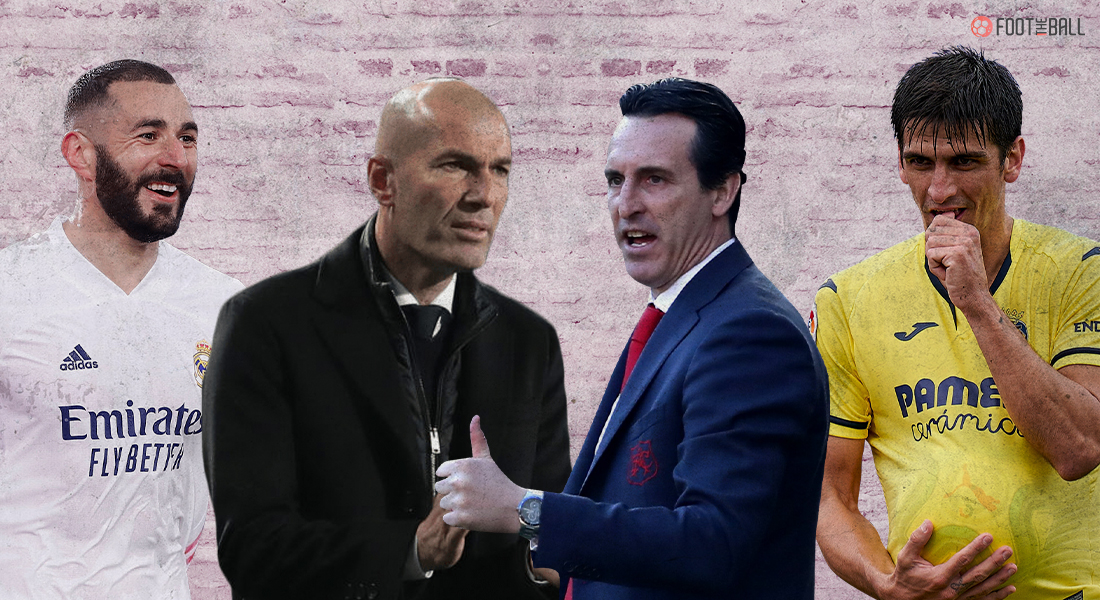 Zinedine Zidane and his team welcome Unai Emery and company to the Alfredo Di Stefano Stadium on the last day of the 2020-21 season with hopes of lifting the La Liga title at the end of the 90 minutes in Madrid.

Elsewhere Atletico Madrid visit Real Valladolid at the Jose Zorilla Stadium aiming to win their first league title in 7 years. As such the race for La Liga will truly go right down the wire as both Madrid-based clubs vie for the right to be recognised as champions of Spain.

Real Madrid secured a crucial 1-0 win over Athletic Bilbao to take the race to the final day while Villarreal come into the tie on the back of an impressive 4-0 win over Sevilla.

Zinedine Zidane will have to make do without a host of A-listers for Los Blancos’ last game of the season as Sergio Ramos, Lucas Vazquez, Dani Carvajal, Ferland Mendy confirmed to miss the game, while Toni Kroos and Raphael Varane are major doubts ahead of the match

Unai Emery will have no selection headaches ahead of the Yellow Submarine’s visit to the Spanish capital this weekend. Villarreal are seeking a European place next season and also have the Europa League final next week, as such Emery will be picking the starting line-up keeping these things in mind.

For the hosts, French centre-forward Karim Benzema has been in dazzling form this season. The 33-year old’s goals at vital moments for Los Blancos are the reason they are still in contention for the league title coming into the last match day of the season.

Benzema has scored 22 goals in 33 appearances in La Liga along with delivering 8 assists for his teammates. His stellar performances have earned him a call-up for France at Euro 2020 after more than five years. Expect him to be the difference maker in this match for Los Merengues.

For the visitors, the Spaniard Gerard Moreno will be key to unlocking Madrid’s defence. The 29-year old has scored 23 goals in La Liga this season and is the highest scoring Spaniard in the league.

Along with that, he has also created six goals for his teammates throughout the current season.

In addition to this, he has been involved in 10 goals in 11 matches in the Europa League this season. Carlos Bacca, who scored a hat-trick in their last match, will be assisting Moreno upfront in Madrid on the weekend

Both Real Madrid and Villarreal have only won three of their past five matches in La Liga and both have aspirations of their own to fulfill as the last match day of the season beckons. This tie will be a tightly contested one as no team will be willing to give any chance to the opposition to take advantage of.

As such, it is expected that both sides will play cautiously, but at the same time will be looking to capitalise on any half chance or stray ball that comes their way. FootTheBall’s prediction for this match is as follows: Real Madrid 2 – 1 Villarreal