ONTO THE KNOCKOUT STAGES 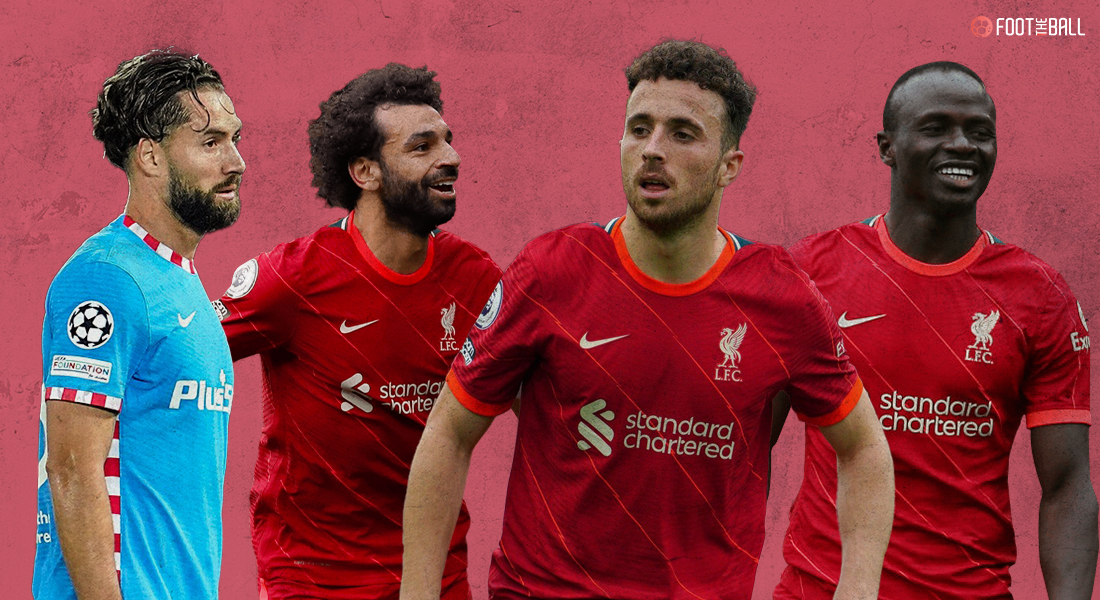 Liverpool beat Atletico Madrid 2-0 at home in their 4th Champions League fixture and although there is two more games left to be played in the group stage, Pool have fixed their spot at the top of the group and are marching onto the Round of 16 stage already.

In their earlier encounter this season, the game turned out to be an emotional rollercoaster for both sets of fans as Atletico Madrid almost came back after conceding 2 goals early on in the game. The fans at Anfield expected a similar kind of entertaining night as the Champions League group stage is now amidst its business end.

Just like in Madrid, Atletico went a man down in the first half after Filipe was shown the red card for tripping Sadio Mane from the back, a controversial decision but one that can make a huge difference on the scoreline in the aftermath. Liverpool had complete control of the narrative in the first half and the sending off for Atletico Madrid was simply some salt in their wounds. But Atletico is known for being better in the second half which is why it was too soon to rue them out of the context just yet.

Liverpool found their 3rd goal in the early minutes of the second half but sadly for the fans at the Kop, VAR disallowed the goal due to the offside rule. Liverpool continued to build upon their momentum after kick-off and Atletico on the other hand continued their struggles at the back. Atletico Madrid too managed to net the ball shortly but that too was ruled offside. Atletico Madrid had no choice but to accept defeat in the end and hope they would qualify after finishing 2nd place with two more games left to be played in the group stage.

POOL AGGRESSIVE FROM THE GET-GO

Liverpool played like winners all around as soon as the game commenced. Their pressing game was so strong that Atletico players were pushed into making mistakes at the back. With the pace Pool has got in their front three, Atletico struggled to get rid of the ball from their half and gave away their hard-earned possession almost instantly. Their counter-attacking play was extremely tight and even a defensive side like Atletico Madrid and Oblak himself failed to deny them their goals. Atletcio failed to get hold of the possession and Liverp[ool were just the better of the two sides tonight.

ATLETICO RIGID AT THE BACK

Atletico Madrid made many mistakes while they were in possession, but the ones they could have avoided was when they did ‘t have the ball. Despite having 5 players at the back and even their central midfielders holding fort right in front of the box, Liverpool made a myriad of goal scoring chances by cutting through their defensive line.  Despite having a high number of players at the back, the Madrid players failed to man-mark and read the opposition’s passes and there seemed to be a lot of communication problems among the Madrid players. A bad performance overall, Atletico Madrid never seemed to get hold of the game and Liverpool marched on almost effortlessly.

IMPACT OF THE SEND-OFF

The sending off of Felipe was a controversial decision by the referee which surely had a major impact on the game. Even though Atletico conceded their two goals with 11 players on the pitch, Atletico failed to cope with the player’s loss since they never got into the game after the red card was shown. Pundits believe that the referee wanted to have a chat with Felipe after the offense was made and Felipe didn’t cooperate which drove the ref to pull out the red card. Atletico Madrid already had a weak bench due to multiple first-team injuries, which is why Simeone couldn’t do many changes from the bench that could turn things around for them. From a 5 man defence which wasn’t doing that well either, Atletico Madrid’s position only got worse with a 4 man backline.