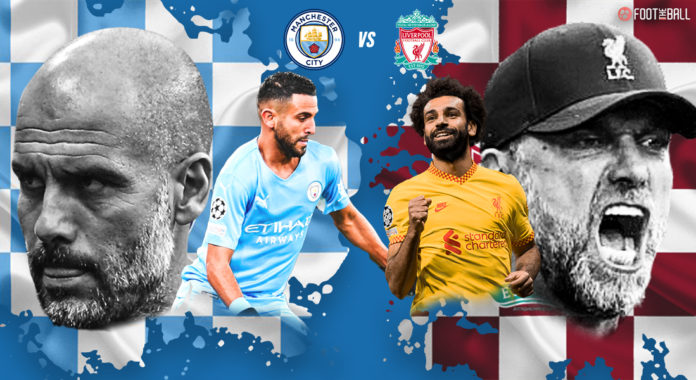 Manchester City and Liverpool have gotten really familiar with each other over the years. The two teams have been going for the Premier League title over the past four seasons. They go again at Wembley in the semi-final of the FA Cup with nothing to split the clubs in their previous two fixtures.

Pep Guardiola was put through the wringer in the Champions League tie against Atletico Madrid. The Spaniards took the game to City who eventually held on to go through 1-0 on aggregate. However, the joy came with two big concerns. Kevin De Bruyne and Kyle Walker were both substituted due to injury problems.

City have played a very exciting brand of football ever since the arrival of Guardiola. Phil Foden and Riyad Mahrez will be relied on for their goal scoring prowess. Ederson has been under the limelight for showing an extremely cool head under pressure. City will start as just as the slight underdogs but can definitely win.

Also read: Why Raphinha can be the next big thing for Liverpool

Liverpool had a very entertaining two-legged affair against Benfica in the Champions League. Jurgen Klopp rested a number of his starters for the second leg which led to a 3-3 scoreline. That means the key players will be fresh for the big clash against City and Liverpool have been immense in 2022.

"We got through and we have to continue to work hard if we want to achieve our goals." 🗣

The Reds are just a point behind their big rivals in the Premier League and are hunting for the quadruple. Having also won the League Cup, Klopp will be aiming to win the one trophy that has eluded him. Luiz Diaz has been a very exciting addition while Diogo Jota remains as deadly as ever. It remains to be seen which front three players Klopp starts with but whoever plays, Liverpool are a supreme force to be reckoned with.

De Bruyne and Walker are both out of the match. Nathan Ake and Ilkay Gundogan should start in their places.

Liverpool will welcome back all of their first-team players. The selection of the front three will be interesting to watch.

Foden did not have the greatest of games in the second leg, at least not for football purposes. He was heavily involved in the kerfuffle between the two sets of players and generally had a quiet time.

However, Foden down the left or through the middle is a scary proposition for any team. He will not be able to match up physically with Liverpool’s centre-backs but his craftiness is strong.

Foden can run with the ball quickly and supply dangerous crosses. Moreover, he can shoot on sight and one of his favourite options is to rifle across the goalkeeper. Given how high up Alexander-Arnold loves playing, Foden will find spaces behind the backline. That was the case in the last league fixture with Foden causing all sorts of problems. Moreover, he can also serve as an outlet for when under pressure which will happen.

Jota has a knack for getting goals and he has shown it excellently in recent times. 14 goals in the league are only second to Mo Salah. Jota’s knack for being in the right place at the right time always works in his favour. His headed ability has been another vital weapon in his arsenal.

Klopp has been favouring Jota over Firmino in a lot of important games and has been handsomely rewarded. Moreover, Jota can play across the frontline and he can facilitate attacks well.

With Diaz and Salah and Thiago being a provider of brilliant passes, Jota can finish expertly when presented with chances. Jota is also great with both feet so City will have to be extremely wary of leaving him free in dangerous areas.

The teams are very evenly matched in almost all departments. How much of a difference two key absentees make will have to be seen. Whoever wins can certainly have one hand on the title. FootTheBall predicts a 2-1 win for Liverpool.