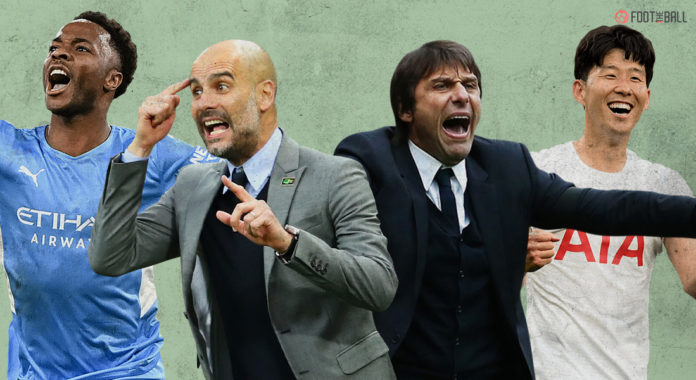 The tie of the round, possibly, pits the rampant defending champions against a floundering Champions League hopeful.

Manchester City have won their last four matches across all competitions, with 15 goals scored and just one conceded. They smashed five past Sporting in their most recent outing, all but guaranteeing a spot in the quarter-finals. The most impressive thing has been how many different goal scorers City are having on any given night.

The first team in #UCL history to win five consecutive away games in the knockout stage of the competition 🤩#ManCity pic.twitter.com/WDF1bDGQ4h

Raheem Sterling is their leading marksman with 10 goals in the league, with Bernardo Silva, Kevin De Bruyne, and Riyad Mahrez all trailing on seven strikes. Furthermore, Pep Guardiola’s side have also kept the most clean sheets (15) and have the meanest defence with just 14 goals shipped, all of which constituting some incredibly bad news for their beleaguered opponents.

It has been a rollercoaster month for Spurs, and the ride is now firmly in its terrified screaming stage. Having come back to win right at the death against Leicester City, they have lost three consecutive league matches to drop down to 8th-place.

Antonio Conte suffered this dubious ignominy for the first time since 2009 and matters have not been helped by the Italian publicly claiming that the squad was weakened in the January transfer window. Their goal difference is the second-worst in the top-10, having scored the third-fewest goals (28). Heung-Min Son is struggling to carry the frontline by himself, with Harry just netting just five times in 21 matches. The pair will most definitely have to be on top form if they are to avoid defeat here.

Gabriel Jesus, Cole Palmer, and Jack Grealish have all missed the past two games but could make a comeback to the bench for this one.

Eric Dier should be fit to slot back into the team but Japhet Tanganga and Oliver Skipp remain out.

The battle down the flanks will be an interesting watch and City certainly have the upper hand on paper. Raheem Sterling has thrived since being given a consistent run of games and that has helped him 13 goals across all competitions already, including five in his last two games. Playing down his usual left flank, Sterling’s low centre of gravity and uncanny ability to pounce on the rebound inside the penalty box has helped him score throughout his career.

PEP 💬 He [Sterling] made a fantastic game. Especially after the goal – he was so aggressive and direct. He made a fantastic goal the second one he was there. He has been an incredibly important player in all these seasons with the amount of goals and assists. pic.twitter.com/y23xNgBqnh

Both of Spurs’ options as right wingacks are not great defenders and will certainly feel overwhelmed by Sterling and Cancelo on his side. Sterling knows that he can carry the ball over long distances and City are expert in switching the ball from the back quickly. Spurs have a porous backline for all purposes which means Sterling can utilise his nous to isolate defenders out of their position in order to free runners in behind too.

Heung-Min Son has scored nine goals so far in the league, and always looks the likeliest to score for Spurs. Cutting in from the left side, his favourite thing is to shoot from distance, curling the ball away from the goalkeeper. Son is also an adept runner with the goal and has scored some amazing solo goals, illustrated by 8.99 progressive passes received per 90.

Son Heung-Min has now scored 10 Premier League goals against Southampton, at least four more than any other side.

Into double figures against the Saints. pic.twitter.com/U6DGRSfGi0

His mobility is greater than Kane’s, meaning the latter’s linkup play and superb passing will set Son free. He will be at a disadvantage for some parts given how quick Kyle Walker is but Son has a chance if he aims for the centre-backs. Though he may not win many aerial duels, his greatest asset is charging at defenders with the ball that can worry the backline.

Recent form only points to one winner in this fixture and it is hard to argue otherwise. City’s quality should be too overwhelming for a Spurs side being at one of the lowest points in the season. FootTheBall predicts a 2-0 win for the home side.