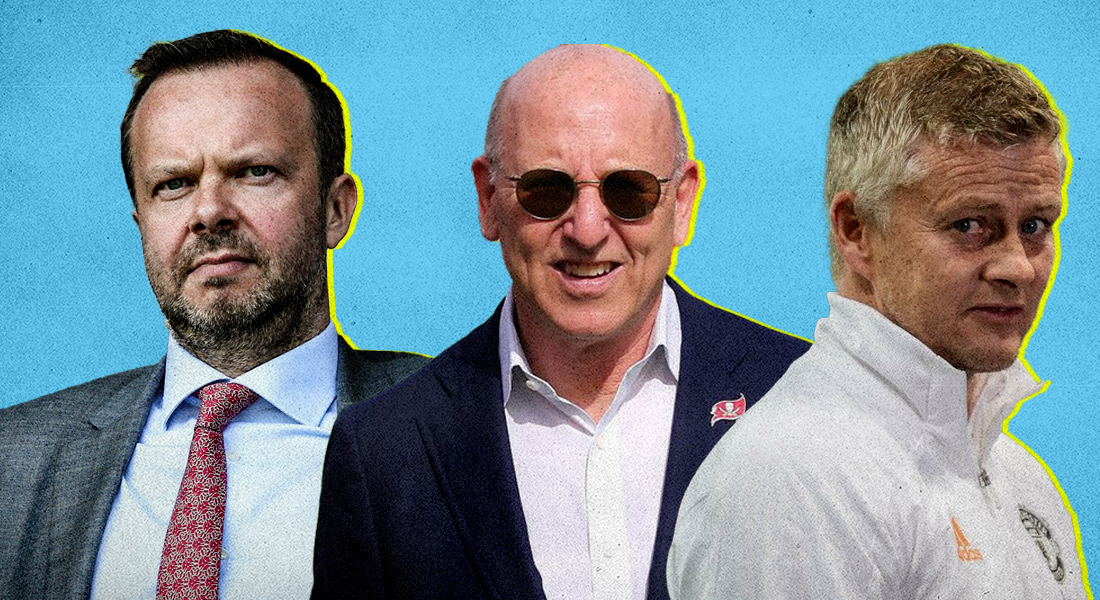 Manchester United players were reportedly shocked and terrified by yesterday’s event when a group of fans mobbed their training ground amid anger over the Super League plans.

The group carried flags and banners and raised slogans against the American owner Glazer family. Manchester United fans have never been too fond of the Glazers and their choice of appointing a non-footballing person, Ed Woodward in charge of the club. Woodward, who resigned after massive controversy over United’s plans to join the breakaway European Super League is an ex-banker who is often blamed by the fans for United’s recent failure.

The group of fans was identified to be the same “Men in black” outfit that attacked club’s vice chairman Ed Woodward’s house in Cheshire in January last year over the lack of investment by the owners.

What did the angry fans want?

The fans demanded the club owners to sell off as banners and chants of “Glazers’ Out” echoed the AON Training Complex in Carrington. There were also demands for a change in the ownership model as fans displayed their desire to own 51% of the club, along the lines of the German FA’s 50+1 rule.

Another banner said – “We decide when you play”, as the angry mob stormed the first team training ground. This is believed to have upset the players training for their weekend game against rivals Leeds United.

It is clear that the fans were frustrated at the lack of transparency and investment from the owners over the years. The recently published public apology by chairman Joel Glazer clearly failed to impress these fans.

An open letter from Joel Glazer to all Manchester United fans.

Who are the “Men in Black”

A group of Man United fans attacked Ed Woodward’s home last year with flares and chants calling for his death. The notorious group of hooligans were identified as the “Men in Black”, originally known as the “Red Army”.

The same group has turned up at houses of Wayne Rooney and Rio Ferdinand in the past when they had contractual issues with the club. The self-styled group’s aggressive behaviour in the past is the reason many United players were concerned for their safety.

Who pacified the angry mob?

The fans finally left Carrington after manager Ole Gunnar Solksjaer accompanied by his staff confronted them. Ole with his assistant Michael Carrick, technical director Darren Fletcher and Serbian midfielder Nemanja Matic agreed to talk to the fans on the condition that their conversation is not recorded.

Solskjær: "I think it was important that we showed that we want to listen to them [fans], and that was not a problem at all. I think this week has also shown that the fans are incredibly important. We are nothing without them.' #mulive [tv2]

The fans reportedly accused Ole of being a hypocrite for defending the same owners he opposed when they were taking over in 2005. His silence on the ESL plans was also put under scrutiny by the angry fans as he looked to calm them down.

United also called the police in a bid to prevent any mishappening at the club’s training facility.

The players reportedly expressed their concern to the club hierarchy as the fans shockingly entered the club premises very easily. Some players from United’s senior, U23 and women’s team were unable to enter the training ground as the fans blocked the main entrance.

There were calls to beef up the security at all the club’s premises before things get out of hands. Although United has not yet commented on their security arrangements, a review and possible ramifications are expected.

As United face age-old rivals Leeds on Sunday, more protests are on the cards from both the fan bases. United fan groups have been issuing sermons on social media calling for people to assemble outside Old Trafford on Sunday. Leeds fans also protested outside Elland Road last week as they hosted Liverpool, another club who had signed for the ESL.