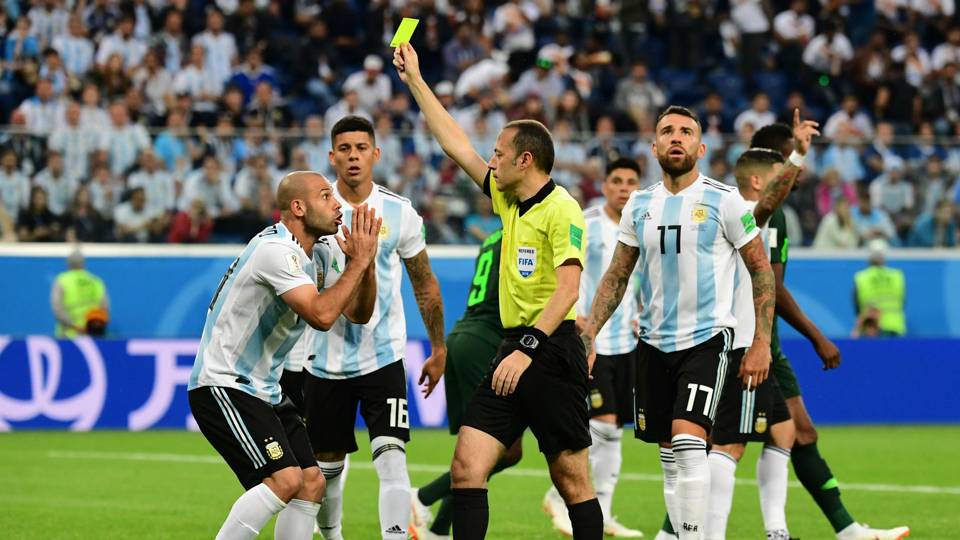 Mascherano announced his retirement from international football on Saturday, but not before setting a new World Cup record.

The 33-year-old former FC Barcelona player, who now plays in China, confirmed he was retiring from the Argentina national team following their 4-3 defeat to France on Saturday.

“From now on I will be another supporter,” he confirmed to the press.

Even if Argentina had progressed into the last 8 of the World Cup, Mascherano would not have been able to play because of suspension after seeing his second yellow card of the tournament against France.

That card saw the midfielder set a new record as the player who has seen the most yellow cards in the history of the World Cup.

The yellow card he saw in his 20th appearance in a game in the World Cup finals, was the seventh he has seen at this stage of the competition and means he has been booked more than anyone in the history of World Cup finals.

Previously Mascherano had been on six yellow cards, the same as former French international Zinedine Zidane, Brazilian defender Cafu and veteran Mexican defender, Rafael Marquez, who has could equal Mascherano’s record if he sees yellow during Mexico’s last 16 game against Brazil in Samara on Monday.

Post tags:
ArgentinaBarcelonaBrazilFranceZinedine Zidane
previous post
Portugal Bid Farewell To Their World Cup Race In Russia With Sorrow And Pride
next post
One Likely Winner Of The World Cup? Putin