Real Madrid secure an El Clasico double over Barcelona for the first time since 2007/08 as they move to the top of the La Liga table after a workmanlike performance in a 2-1 win at the Estadio Alfredo Di Stéfano.

Karim Benzema put his side into the lead in the 13th minute sumptuous back-heel finish after a blistering counterattack and added a second through a pinball-esque freekick from Kroos after Vinicius was bought down on the edge of the box. It could have been 3-0 if Federico Valverde’s strike did not the post and a Marc-Ander Ter Stegen save on the rebound.

Barcelona pulled one back through Oscar Mingueza in the second half after an Antoine Griezmann dummy. The final minutes were full of chaos as Casemiro got himself two yellows in one minute and Ilaix Moriba rattling the crossbar in the dying seconds of the game. 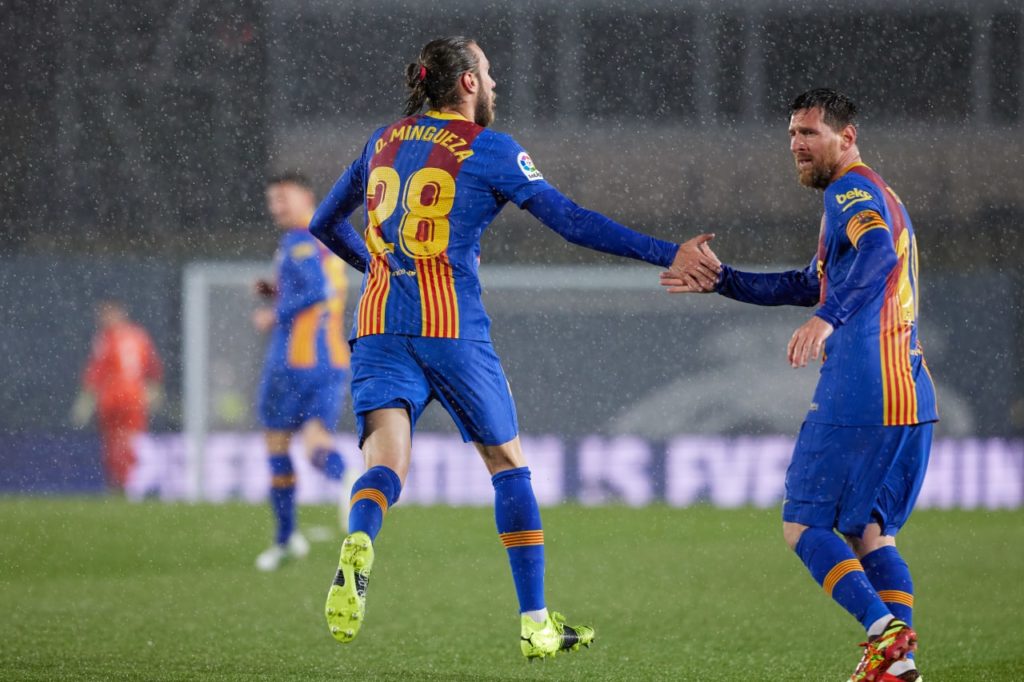 Here are 4 key takeaways from the fixture:

LIVING UP TO THE HYPE

Clásicos in the recent past have been cagey affairs, with obvious controversies, but lacked enthusiasm well played out. But this game lived up to all the expectations that were brewing around in the media and put up a show of breathless attacking football, shots against the woodwork, players shivering under the hoard of rain and the eventual penalty drama.

Both sides grabbed the game by the scruff of the neck by going hammer-and-tongs at each other. While Barcelona played with more of ball, Real Madrid reminded of the peak Jose Mourinho football, with breath-taking counters after winning the ball in the midfield on several occasions.

Real Madrid speedster Vinicius Jr put in a blistering display of pace and skill and was hugely responsible for the win under awkward conditions in Madrid. Ever since his move for Flamengo in 2018, Vinicius has impressed and disappointed in an equal amount.

While he is known for his high-energy and exciting play style, often he is criticised for his poor decision making in the final third and his finishing in front of goal. 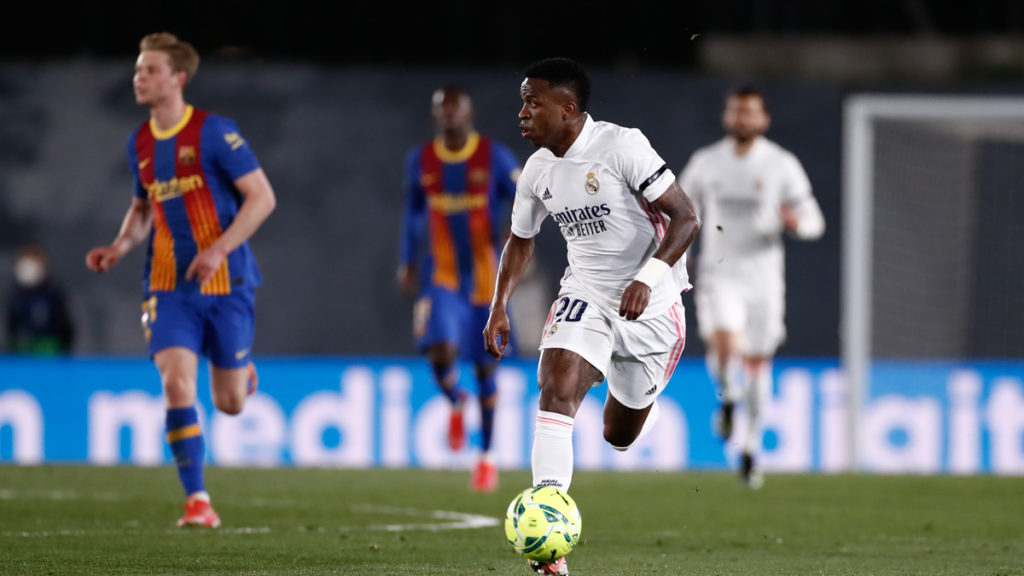 However, since his last game against Liverpool in the quarterfinals of the Champions League, the Brazilian has by far by far being the brightest spark of the Real Madrid attack and this was visible against Barcelona too as he was putting defenders on the backfoot in this El Clasico, with his teeming runs down the left-hand side, while also taking his time to make correct decisions on when to pass and when to dribble.

Los Blancos might have found their replacement for Gareth Bale.

Until the red card, Casemiro put in an absolute shift in the middle of park with him being all over the pitch as Barcelona could not get past the Brazilian in the first half. He was aided by the skill and passing of Toni Kroos and Luka Modric, the usual suspects managed to control the pitch for most of the game before Kroos was pulled off by Zidane with an important return leg coming up against Liverpool.

Casemiro in the first half:

He's done all that and only committed ONE foul!

The midfield duo has been the epitome of class and consistency as they have been pulling the strings left, right and centre to force the issue and move the team forward on the pitch.

Kroos and Modric, in one word:

Barcelona, however, looked out of sorts in the first half with their midfield being outmuscled numerous times and them not able to close down the opponents quickly, resulting in devastating counterattacks.

Frenkie De Jong was not able to impact the game as he would have liked to, and Sergio Busquets was far from his usual self and was far too often losing the ball and gifting back the possession to the Real Madrid players.

REAL TO GO ALL THE WAY?

After this win, Real Madrid leapfrog their neighbours Atletico Madrid into 1st place, albeit on head-to-head record, and we can see a shift of tide in the La Liga title race approaches its business end with three teams having the chance to win the championship.

However, with Atletico’s erratic form in the past few games may have seen the gap close down and Barcelona’s resurgence in the recent past may have slightly shifted the odds in favour of Ronald Koeman’s side but with this victory Zinadine Zidane’s men would go into the final games with renewed confidence.

As they say, “When the going gets tough, the tough get going” and this can be seen in Zidane’s side as along with league fixtures, they need to also look forward for their Champions League run. And with Barcelona to play Atletico Madrid on 9th May, this title race is far from being finished.