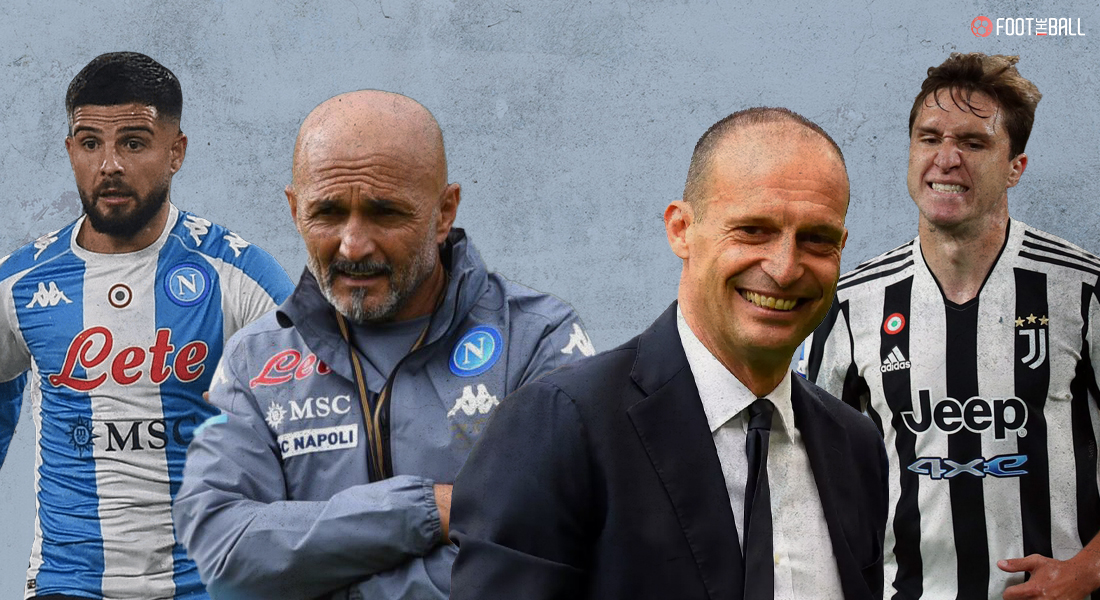 Napoli host Juventus on matchday 3 of Serie A, hoping to keep up their good form while the Old Lady need to get going now.

🏃 #Anguissa trains with the team ahead of #NapoliJuventus

Luciano Spalleti’s side won comfortably against new boys Venezia to open the campaign before needing a late winner away to Genoa last time out. They have been hampered by injuries but remain one of the five undefeated teams so far. Many of their players are returning from international duty which might see them be a bit fatigued in the early exchanges.

However, they do have the services of midfielder Andre-Frank Zambo Anguissa who joined the side on deadline day. Napoli have not had the best of times against Juventus in the recent past and may look to put it right at a very opportune time.

Max Allegri’s return to Turin has hardly gone to plan. After an underwhelming last season, hopes were high for 2021-22. In their first match against Udinese, they threw away a two-goal lead to draw and it got only worse thereafter. Juventus lost Cristiano Ronaldo, their record goalscorer, and then lost to Serie B winners Empoli.

The form of some of their players has been sketchy at best while finding proven match-winners has gotten harder. Moise Kean has rejoined on loan in order to supply the goals while they really need Paulo Dybala to shrug off a disappointing last campaign.

Napoli are without first-choice goalkeeper Alex Meret along with influential midfielders Dries Mertens and Piotr Zielinski. The form of Eljif Elmas is a major source of boost for them.

Federico Chiesa is a big miss for the away side while Weston McKennie’s recent misconduct on national duty, as well as indifferent form, may see him sit out too.

According to Sky Sport Italia, Juventus star Federico Chiesa is likely to miss Saturday’s match against Napoli even if this morning’s test showed no lesions to the femoral bicep in his thigh. https://t.co/qzZhuUjo6m #Juve #NapoliJuve #SerieA #Calcio #SerieATIM #Juventus

Lorenzo Insigne had a fine summer with the national team and his form has continued over the new season. His ability to play across the frontline gives more options to Spalleti’s attack. Insigne has already scored once, albeit from a penalty, but could have added more. He had four shots on target including getting four more blocked which shows his affinity to strike at goal.

5 – Since the start of the last season, Fabián Ruiz has scored the joint-most Serie A goals for Napoli with shots from outside the box: five, level with Lorenzo Insigne and Dries Mertens. Trajectory.#SampdoriaNapoli pic.twitter.com/WcPsdyvbJ9

Against Juventus, his main role will be to isolate the centre-backs as well as finding pockets of space in which to run into. They have some pacy forward players who will benefit from the gaps left by the defenders.

Insigne’s superb close control skills also mean that his markers are scared to rush into challenges with him. If he can continue getting his shots away, there is a good chance of scoring for the Italian.

Insigne scores his 100th goal for Napoli and makes it 1-0 vs Juventus 💙 pic.twitter.com/EAjlLRiukZ

Kean’s return to the club where he looked really settled should bode well for Juventus. Having lost Ronaldo, they need a good supply of goals from their attackers if they are to regain the Scudetto. The 21-year-old is a physical behemoth who is also quick on the ground. He will prove to be a tough test for Koulibaly and if he gets away, there’s little hope of stopping him.

Massive night for Moise Kean as he scored twice in Italy's 5-0 win over Lithuania. 👏👏#WCQ pic.twitter.com/hqNx50XEeA

Furthermore, his dominance in the air should also enable him to win headers from set-pieces. Combined with the regaining form of Dybala and the potential of Kulusevski, the home side will know that they have to be always alert regarding their surroundings.

Napoli lost 5-1 to Benevento in a friendly match over the international break where they had several first-team regulars missing. Nevertheless, they head into this fixture as favourites if only based on recent form. FootTheBall predicts a 1-1 draw in this early pacesetter for Serie A.