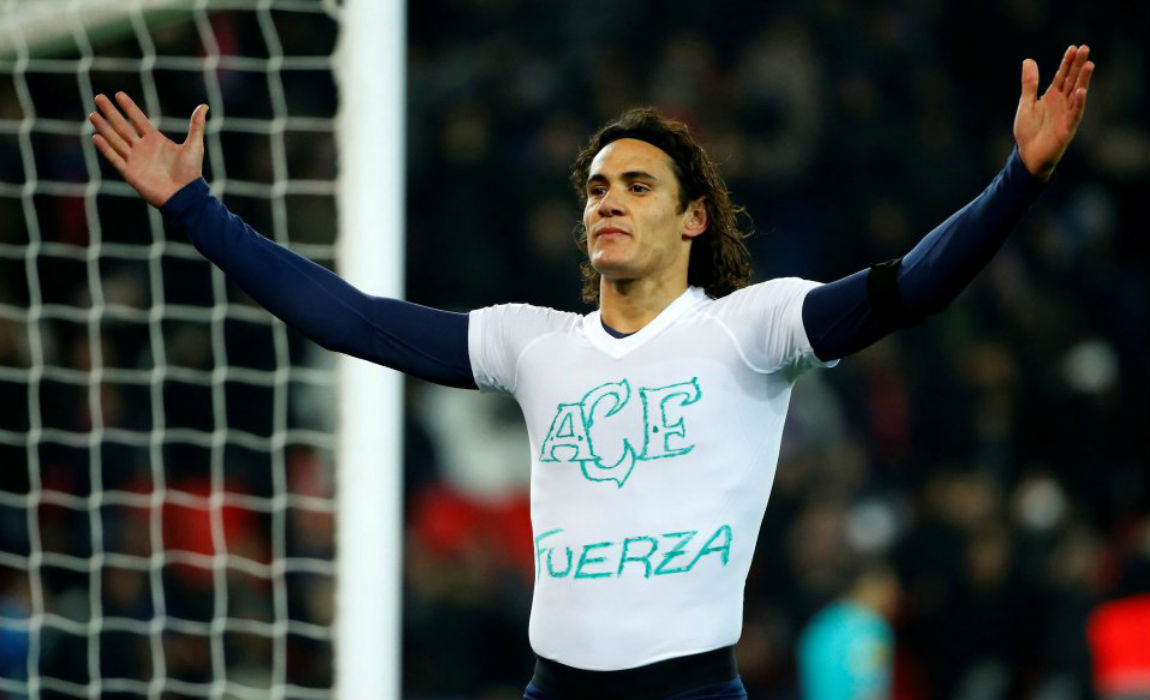 Nice Back To Top Spot, Cavani Booked For Paying Tribute To Chapecoense Victims In PSG’s 2-0 Win

Edinson Cavani was booked for paying tribute to the Chapecoense tragedy in Paris Saint-Germain’s 2-0 win over Angers on Wednesday, when Nice beat Guingamp 1-0 to come back to top of Ligue 1.

The Uruguayan striker netted a landmark goal in the Parisians’ rountine victory at the Parc des Princes, converting a penalty in the 66th minute after Hatem Ben Arfa was brought down inside the area by Romain Thomas.

Cavani then earned a booking for removing his shirt to display the crest of Brazilian side Chapecoense, honoring those who lost their lives in a plane crash in Colombia on Tuesday.

It was the 100th goal of the Uruguayan’s PSG career, and helped the reigning Ligue 1 champions leapfrog Monaco, who were held 1-1 at Dijon on Tuesday, move to second place with a two-point edge. 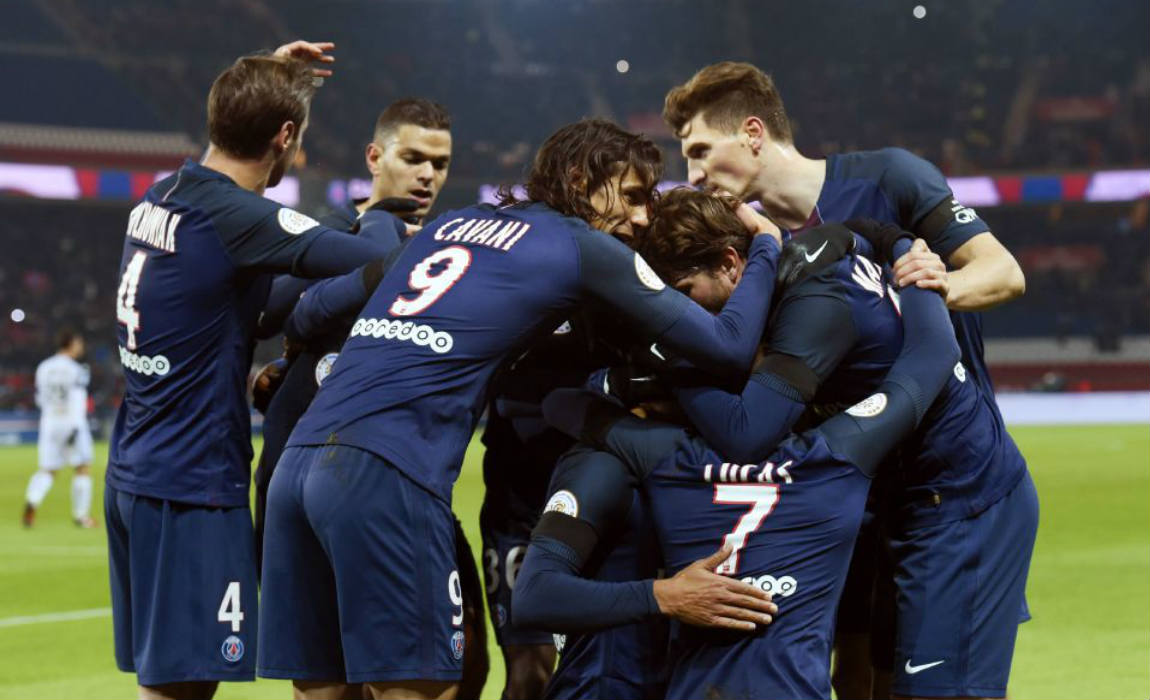 Earlier in the first half, Thiago Silva put the hosts in front with a fine header on 34 minutes, just moments after denying Angers captain Cheikh N’Doye the opener with a superb goal-line clearance.

Trailing leaders Nice moved back to the top place with an advantage of one point over PSG after nipping a 1-0 vicotry over Guingamp earlier on Wednesday.

Younes Belhanda scored the winner in just the fifth minute, carving himself space to send a curling shot into the left-hand top corner of the goal beyond the outstretched dive of goalkeeper Karl-Johan Johnsson. 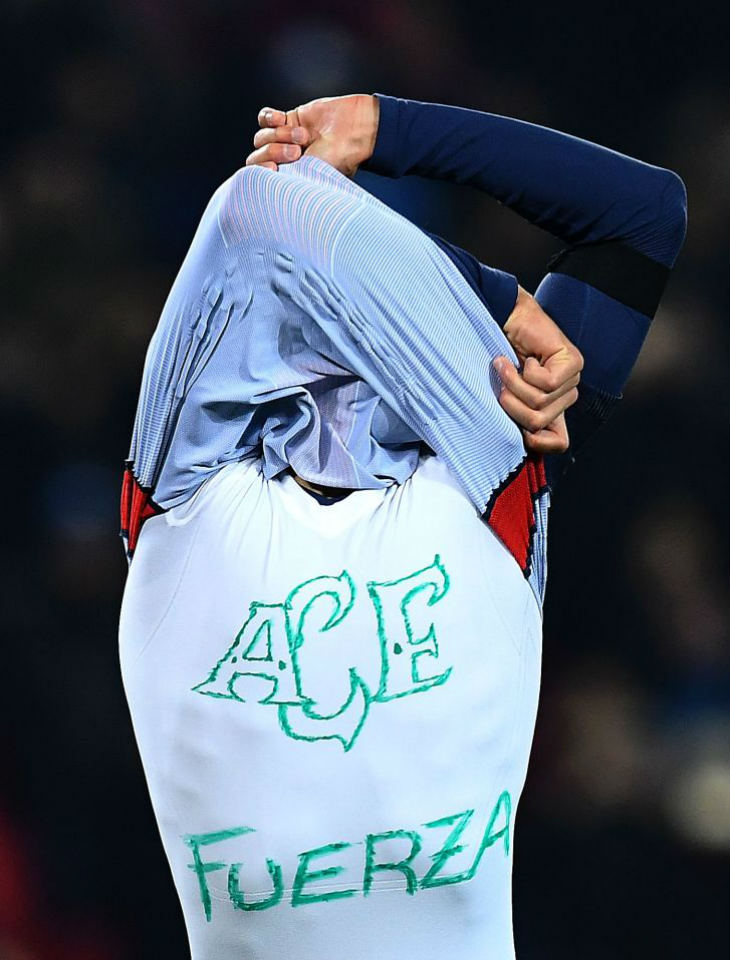 Also on Wednesday, Lyon bounced back emphatically from defeat to PSG with a 6-0 win away at Nantes, Bordeaux were held 1-1 at lowly Bastia to miss the chance to climb into the top four, and Toulouse put an end to their bad run with a 1-0 victory over Montpellier.

St Etienne and Marseille shared a 0-0 draw at the Stade Geoffroy-Guichard, while Nancy moved out of the relegation zone following their comprehensive 4-0 victory over Metz at the Stade Marcel Picot.