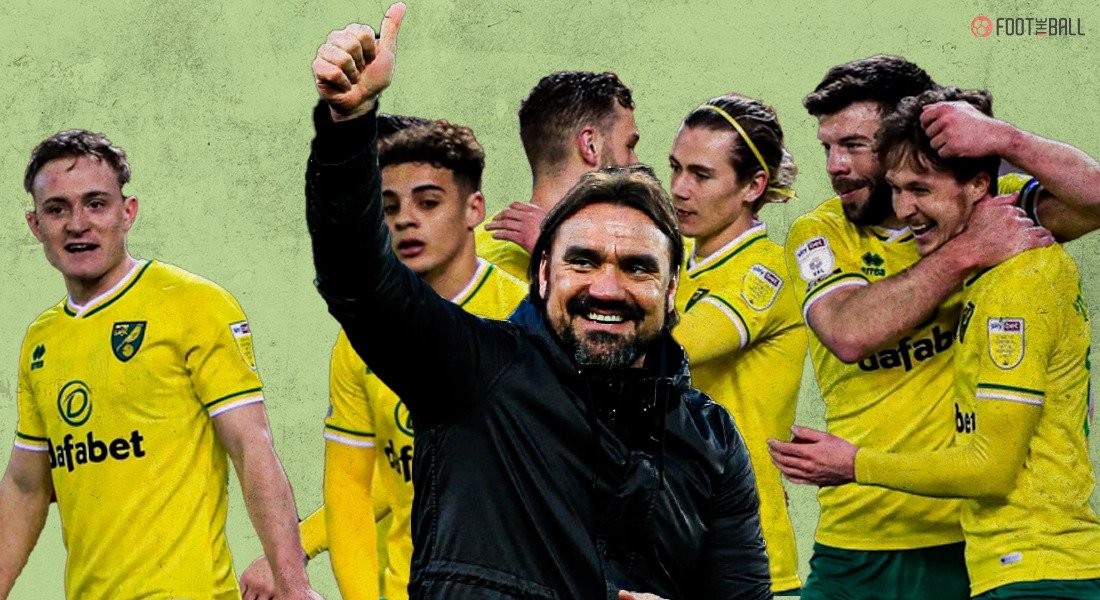 Norwich are at top of the Championship comfortably, they are 8 points clear of Watford. Norwich have been promoted from the Championship to the Premier League with five games of the league season left to play. After the draws at Brentford and Swansea on Saturday.

It was confirmed that Norwich would automatically be promoted after another stellar attacking season in the Championship under Daniel Farke.

We picked ourselves up.
We believed in the process.
We achieved our goal. pic.twitter.com/kgtRqSxceY

Daniel Farke’s Yellows  would embark on another rollercoaster  Premier League season. Norwich have gained automatic promotion. Seemingly have bounced back immediately to get back in the highest division of English football.

🗣 “We are fully aware of our situation and we like to be in this situation. We are used to leading from the front."

All is calm in the #NCFC camp ahead of the weekend!

Last time Norwich were in the Premier League their tactics were slightly reminiscent of Bielsa’s Leeds. Much like Bielsa’s Peacocks, Norwich also prefer attacking till the final whistle and the 7-0 win over Huddersfield in the Championship is testament to that.

Huddersfield are being butchered tonight by Norwich (7-0 at the time of this tweet) having worn red for no reason. #kitkarma

Clearly they've not learned their lesson from 2014 when they lost 5-0. pic.twitter.com/0GHjnbmpK9

Although Farke really tried to keep his attacking side in the Premier League last time, he really struggled with it. Something Bielsa has managed well with his group of players. El Loco has arguably made Leeds every neutrals favourite club to support this season.

We are just glad to see that the Championship has become a much more tactically diverse and innovative league. Now it offers young players a proper platform to showcase their skills. Daniel Farke who also nurtured James Maddison and helped him take the step up to the Premier League after making him the creative hub of his Norwich side.

Norwich have been promoted to the Premier League again and let us hope their stay in probably the most competitive league in the world this time around is longer. It will be an absolute treat to watch Buendia, Cantwell and Farke’s attacking innovations back in the Premier League where they truly belong.

HOW NORWICH FANS REACTED TO NORWICH GETTING PROMOTED

As expected by many, Norwich fans around the world couldn’t help themselves and burst onto the scene on twitter.

With promotion sealed today, it’s now time to focus on getting the title sewn up and getting to 100 points 💛💚 #ncfc #NorwichCity #PremierLeague pic.twitter.com/DBq3vUAsVk

YES!! YES!! YES!! Promotion confirmed with 5 games to go!! WE ARE PREMIER LEAGUE AGAIN and this time we are far better prepared for the challenge. #OTBC #COYY #PromotionParty #norwichcity pic.twitter.com/Tm6mhoV1mi

Congratulations to @NorwichCityFC on their promotion back to the Premier League!!

Buendia and Pukki are a cheat code in the Championship! Congrats on the promotion 👍🏻 #EFL #NCFC #NorwichCity

The #NorwichCity board are outstanding!! Keeping the faith with Daniel Farke to start off with is something we hardly see in football! Spent decent money & rejected big bids for their stars!! Been terrific all season long & deserve every bit of what they’ve achieved! #NORBOU

My team, the most relegated from the @premierleague, now also become the most promoted team to the #EPL #OTBC #NorwichCity #PromotedAgain