La Liga strugglers Osasuna have been forced to make a one-off change to their wardrobe for Wednesday’s trip to face FC Barcelona in the Camp Nou Stadium. 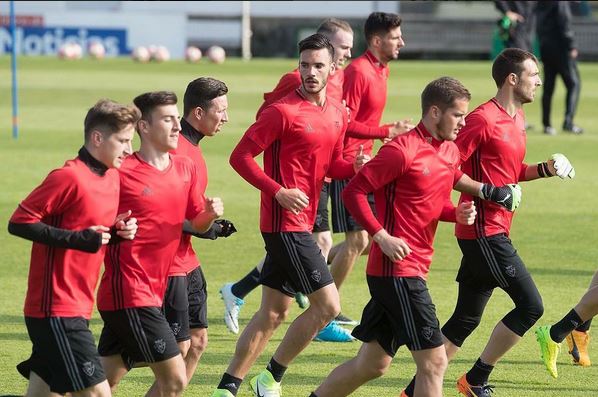 The TV rights holders, Mediapro, have decided that both Osasuna’s traditional first team shirt, which is red, and their away strip, which is dark green, are both too similar to FC Barcelona’s home colors of blue and crimson and could cause confusion for TV views. As a result the Pamplona-based club has had to come up with a one-off design in bright orange to war for the match.

The club announced its decision on the club website and will also be putting a limited edition for sale in the club shop, hoping to at least be able to cash in on the inconvenience. Wednesday could see Osasuna become the first team to be relegated from the Liga Santander this season, currently bottom of the table with just 18 points, a defeat away to the league leaders coupled with a win for Leganes at home to Las Palmas, would mean they would not be able to catch the side who are currently fourth from bottom.