Pep Guardiola Wishes To Be At Manchester City For A Decade 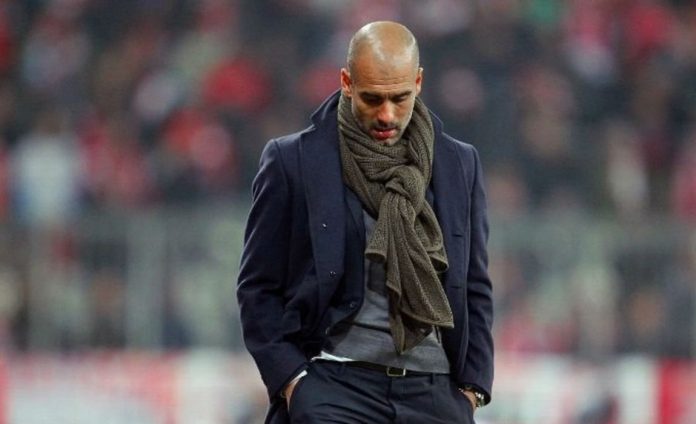 Pep Guardiola reckons he needs a decade to make Manchester City as good as Barcelona.

The Spaniard is set to enter his second season in the Premier League after guiding Barca and Bayern Munich to numerous trophies.

But Guardiola’s first term in England didn’t go to plan as City failed to win a single competition.

Despite being widely heralded as the league’s best team by pundits, the Etihad giants could only watch as Chelsea stormed to the title under Antonio Conte.

There have already been numerous changes in personnel this summer, with the likes of Bernardo Silva and Ederson coming in and veterans including Pablo Zabaleta and Bacary Sagna being released.

But despite having unlimited resources, Guardiola reckons he needs at least ten years to replicate the success currently enjoyed at the Nou Camp.

Speaking to L’Esportiu via AS, the Spanish tactician said: “I hope to have as much fun here as in the first season, because I enjoyed it.

“There are people who say that it has not gone well, but it’s the exception to what I’ve done so far – seven years of coaching and six leagues won.

“City is a great team, but getting to Barcelona, Real Madrid, Bayern Munich, Juventus… it’s very complicated. You need time, a decade.

“We are trying to make the necessary changes to reinforce the team. It was one of the league’s oldest, a team that had achieved many successes but had grown old.

“We have rejuvenated with Gabriel Jesus, Ilkay Gundogan and Leroy Sane. I always thought what would have happened if we’d had Vincent Kompany, Gabriel Jesus and Gundogan all year.”