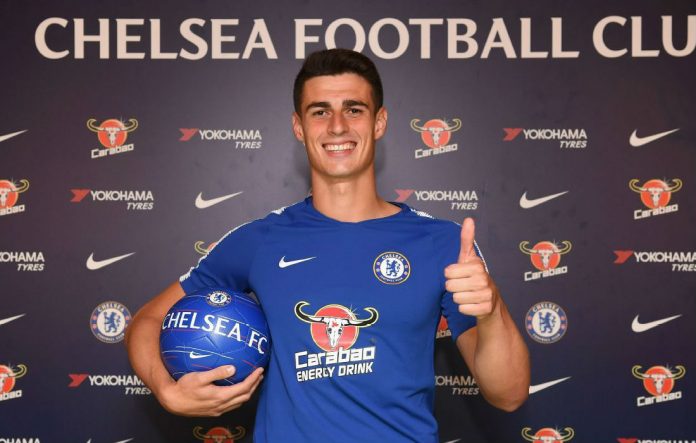 An injury to Manchester City’s Belgian international star Kevin de Bruyne could hardly have come at a worse time. The football season has just got underway, and the last thing the English Premier League’s dominant club needed was to lose one of its best players. Already some observers have suggested the loss of de Bruyne is a chink in City’s armour.

The club will miss de Bruyne and, one suspects, would ideally like to replace him with a suitable alternative. The problem for the Manchester club, however, is that the English player transfer window has been shut since August 9. It will be January at least before manager Pep Guardiola can go shopping again.

At the same stage last year, City could have signed a replacement as the transfer window did not close until the end of August. However, in September 2017, Premier League clubs voted to bring forward the window’s closing date amid concerns that frenzied last-minute buying meant less stability.

By the time the window was introduced, the English were nevertheless unconvinced it would work. These concerns have endured and largely explain why the country’s clubs chose to unilaterally instigate their now significantly truncated summertime transfer window.Restrictions on the European transfer window were first introduced at the start of the 2002-2003 season, following discussions involving FIFA and the European Commission. Adding further irony to the situation now, it was the English who initially pressed for its introduction as they cited worries about transfer instability, but also about opportunistic agents taking advantage of clubs.

At first glance, the shorter window appears to have had some important effects. Overall, English clubs have spent less in the transfer market, and there was less frenetic activity as the window’s closing approached. Furthermore, rather than adopting a gung-ho approach to signings, some clubs showed both more foresight and greater restraint.

Adapting to the shorter window

This suggests that several clubs have been able to adapt their decision-making and talent acquisition strategies. Rather than leaving an important aspect of their operations to the last minute, clubs have been forced to think ahead and not panic buy.

Liverpool is one such example. The club was clearly in need of a high-quality replacement for its goalkeeper, Loris Karius, and moved in good time to sign the Brazilian international Alisson who had enjoyed an excellent season at Italy’s Roma.

However, there was something equally worrying about the world record £65m fee. Because Liverpool needed exactly this player, Alisson became what’s known as an “individual value” purchase. “Individual value” means that an asset for sale has a specific value to a specific purchaser because of their obvious needs.

Placing a time limit (the window itself) drove up the individual value. Thus, unlike with “common value” auctions where everyone generally agrees on the value of an asset, the desperation of the buyer simply enhanced the negotiating position of the seller which, in the Alisson and Liverpool case resulted in the huge price tag. The Alisson deal in turn bumped up the “common value” of goalkeepers of his rare quality, leading to Chelsea breaking the record for the most expensive keeper just a few weeks later when it signed the Spaniard Kepa Arrizabalaga for £72m.

At this point, another economic theory comes into play – the notion of a “winners’ curse”. Typically associated with common value auctions, the winner’s curse is characterised by a tendency to overbid when full information about the asset is unavailable. If one bids in an auction with many others for an asset where the asset’s value is undetermined, it is an easy step to becoming immersed in the drama and overbidding. Rather than being goalkeeping winners, Liverpool and Chelsea could in fact be big losers, both clubs having paid what some may see as exorbitant sums for their respective new keepers.

There is a sense, too, that England’s clubs may have cut off their noses to spite their own faces. While the likes of FC Barcelona have continued their summer spending sprees (the Spanish window does not close until August 31), English teams have been left unable to compete for new signings. Furthermore, as English clubs can still sell players to overseas clubs, teams such as Manchester United and Tottenham Hotspur have reportedly spent much of August having to fend off overseas approaches for the likes of Paul Pogba and Christian Eriksen.

In the longer term, this suggests English clubs either must adapt or suffer. Faced with a self-imposed market constraint, they have to bring forward their decision-making or else risk missing out on the best talent each summer. The danger is not only to individual clubs: eventually, the window could undermine the whole league’s competitive position.

The Premier League may therefore have to convince its closest foreign rivals that the best way to do things is for them all to adopt a unified approach to the transfer window – perhaps even revisiting the need for a window at all. Maybe a more innovative solution is required? In the meantime, Manchester City and clubs of their ilk can but cross their fingers and hope to get through relatively unscathed until the next transfer window in January.