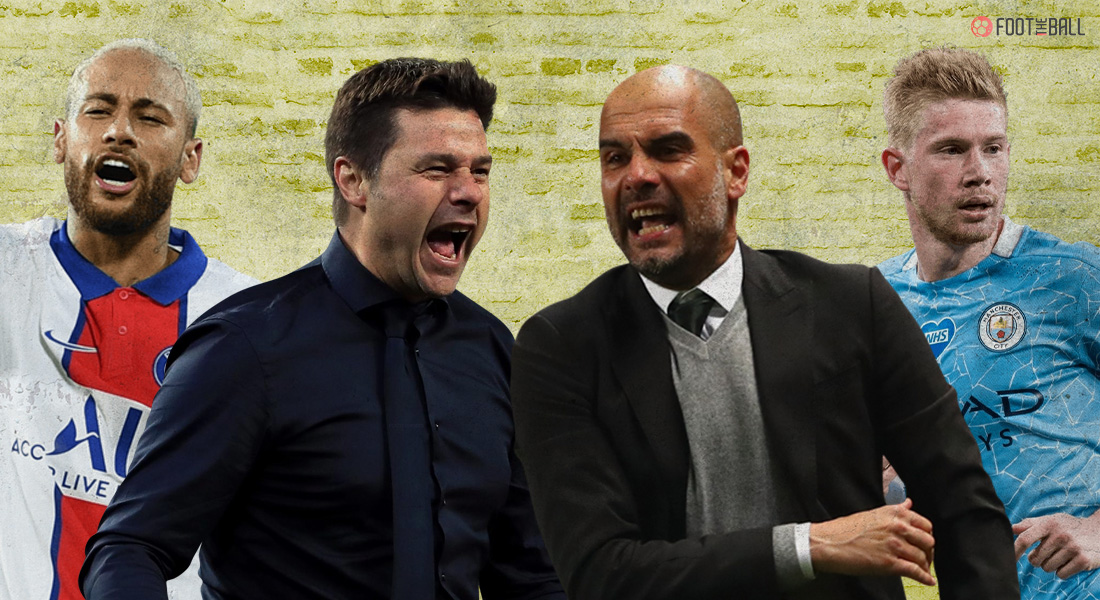 The past week has been an override for the football world. The talks of the newly announced European Super League took centre stage. With fans and pundits engaged in the drama, the thought of the two richest and arguably strongest squads in Europe fighting it out seemed less important. Now that the dust is settled, we fans can get back to what’s really important, the Football!!

Both the Managers of their respective clubs were brought in by their Arab owners to add European Silverware to their glorious cabins. The City Football Group has put their faith in the Spanish mastermind who has rewarded them with several domestic trophies. City are also on course to lift the Premier League once more this season.

Manchester City have however failed to win European Silverware under his leadership. UEFA Champions League seemed to have evaded the manager for several years now despite his best efforts. This is the first time in many years that a Pep guided team is making the semi-finals. This also is only the fourth time Manchester City find themselves in the semi-final of the Champions League.

🎙️ Mauricio Pochettino speaks about the most important period of the season upcoming. pic.twitter.com/j3ieF5H2gY

Mauricio Pochettino has had his work cut out since his arrival at PSG. He is, as the previous managers, expected to win the domestic league. PSG has won the league seven times in the past eight seasons. This year though, they find themselves trailing in the league, albeit by one point.

Pochettino will want to prove his mettle and will eye both the Champions League and the Ligue 1 in his inaugural campaign. The French team did well to get past this stage last time around and will try their best to do so once more. A tough ask for his first half-season at the club, but one that is expected from the Argentine.

Paris Saint-Germain is likely to field its strongest team against the soon to be Premier League Champions. There are no major injury worries apart from Juan Bernat who has been out since September last year.

The main challenge Pep Guardiola will face will be to choose his starting eleven. With more than enough big names to choose from, it will be interesting to see how the citizens lineup. This is our predicted line-up.

Neymar and Kylian Mbappe are undoubtedly the biggest names to feature in the talent pool from PSG. Mbappe has a chance of being the competition’s top scorer since Haaland is no longer featuring in the tournament. The young Frenchmen is just two goals shy of the Norwegian’s 10 goal tally this season.

Though Mbappe is the biggest goal threat of the team, the Man City side should also be wary of the Brazilian trickster. Just ask David Alaba. Neymar ran circles around the German opposition in the quarter-finals, flaunting his samba skills, frustrating the Bayern players that challenged him.

Neymar showed the world why he deserves to be called one of the best. His performance in the second leg was exceptional. The Brazilian did not find the net, but it was just a matter of bad luck. No one could touch him on the day as he dribbled his way on the grass. Beating players for fun, almost as if he was mocking them. The city defence will have a difficult time against this duo.

Pinpoint crossing, magnificent through balls, quick passing, long balls, free kicks, corners, you name it, this Belgium international has it all. Kevin De Bruyne is the go-to man in Manchester. It is a doubt if the midfielder will start in the fixture, as he has either been subbed off or subbed on in recent fixtures.

However, when he is on the pitch, there is no midfielder better. He already has eleven assists in twice as many games. If his teammates had finished off the ample chances he created during the fixtures, the number would have been even bigger. A constant threat in midfield with an incredible mind and the legs to back it up.

The Premier League has given this managerial pair enough time to round each other up. Tactical geniuses in their own rights with exceptional man-management skills. Pochettino and Guardiola will both want a victory and will settle for nothing less. City are desperate for a Champions League; they have achieved everything there is to in England.

This is their chance to live up to the potential they carefully constructed over the years. Pochettino may be excused for coming up short this season, but the Manager will not be even considering such a prospect. PSG needs this title, a chance to win the coveted trophy they so dearly crave.

Neymar mocking Raheem Sterling days before PSG's match vs Man City in the semifinal of the Champions League. pic.twitter.com/lIFgc2DEHc

We at FootTheBall predict a PSG win in the Parc des Princes. PSG 3 – 1 Manchester City