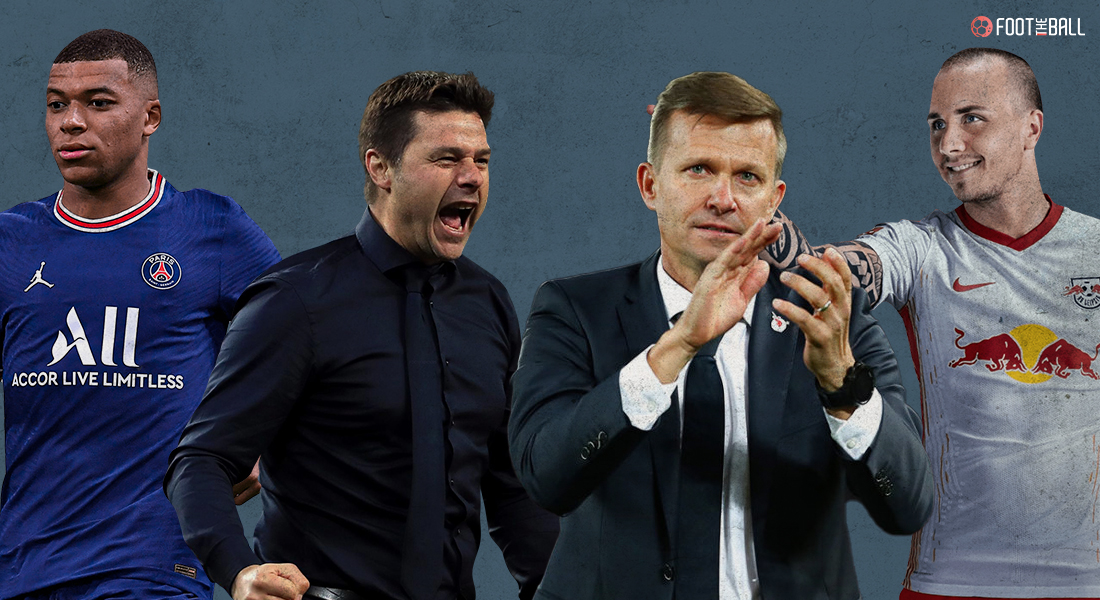 Paris Saint-Germain travel to Germany to face RB Leipzig in the UEFA Champions League as they aim to keep a hold of top-spot in Group A. The Parisiens currently have seven points from three matches, one more than second placed Manchester City. RB Leipzig need to win on Wednesday to hold any remote chances of qualifying from the group having lost all of their three matches so far.

The reverse fixture was an entertaining and open encounter with PSG getting the three points by the odd goal out of five. A second-half Lionel Messi brace saw Mauricio Pochettino’s side come from behind to beat Leipzig at the Parc des Princes.

Leipzig come into the match on the back of a disappointing 1-1 draw with Eintracht Frankfurt – a result that left last season’s Bundesliga runners up in eighth place. They are already 10 points behind leaders Bayern Munich and will now reset expectations towards a top-four finish.

A superb second half display completes the comeback, Di Maria and @marquinhos_m5 with the goals!

PSG defeated defending French champions Lille 2-1 at home in the Ligue 1 on Friday evening thanks to late goals from Marquinhos and Angel di Maria. They extended their lead at the top of the table to 12 points with just 12 gameweeks played.

Leipzig boss Jesse March welcomed back Spanish playmaker Dani Olmo, who came off the bench against Frankfurt after over a month out due to a thigh injury. Defensively though, the German pair of Marcel Haalstenberg and Lukas Klostermann are ruled out with injuries. Exciting young forward Bryan Brobbey is also a miss along with left-back Marcelo Sarrachi.

I missed this feeling 🏟
Happy to be back on the pitch but disappointed with the draw.
Now let’s focus on the next matches 💪 pic.twitter.com/nyRN9QBs6H

The major doubt for Mauricio Pochettino is the fitness of Lionel Messi who was subbed off at half-time against Lille. Kylian Mbappe however is expected to return after missing the clash with Lille with an infection.

Mauricio Pochettino has indicated that Lionel Messi's half-time exit tonight was only a "precaution" following a muscle issue picked up yesterday. The forward should be back for the match against Leipzig in midweek. (via L'Éq)

PSG will be without midfielders Leandro Paredes and Marco Verratti, both of whom are expected back towards the end of the month. Sergio Ramos remains unavailable amidst rumours of a contract termination.

Leipzig’s best performer in the reverse fixture was left wing-back Angelino, providing the assists for both the goals scored. He was afforded a lot of space by the attack minded Achraf Hakimi and he made good use of it, making effective runs in behind and putting in dangerous crosses.

A huge performance from @angel_tasende69 despite the result 👏

After two assists last night, his #UCL record for us looks like this:

Angelino can expect that he will receive similar space and opportunities even if PSG learn from their mistakes and are more wary. He can stretch the defence and play the crucial final ball and will be key to the Germans’ endeavours.

PSG’s problems are clear – they have an unbalanced squad filled with forwards who do not press, managed by a coach who likes a high-pressing system. The disconnect often leaves the defence exposed and it’s usually Brazilian centre-back Marquinhos who has to clean up the mess.

Marquinhos has been in good form this season and got a well-deserved goal at the weekend. His awareness and defensive nous will be key up against a tricky customer in Andre Silva. Moreover, the Brazilian is often the initiator of attacks for PSG and without Marco Verratti, his ball-playing skills will be even more valuable.

PSG were lucky to get three points at home in the reverse fixture and could be without last time’s hero in Messi. They have no shortage of match-winners but Leipzig will know that this team is there for the taking. It should be a closely fought end-to-end encounter and both teams will eventually cancel each other out. FootTheBall predicts Leipzig 2-2 PSG.