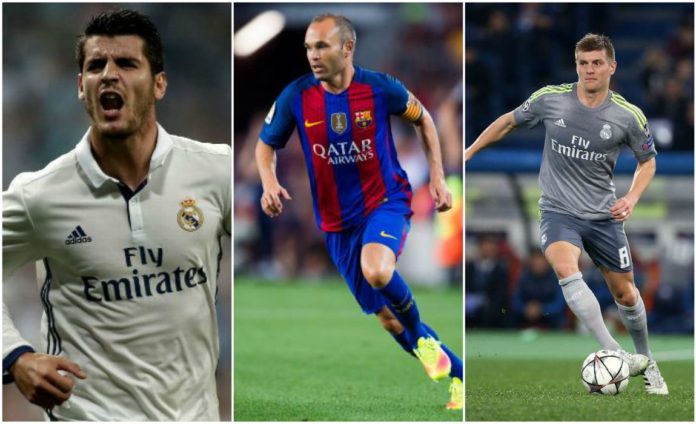 Sunday sees both Liga Santander leaders, Real Madrid and second place FC Barcelona back in action as the race for the title approaches its final act.

Sevilla’s poor run into the international break has left the title to once again be fought out between Spain’s two biggest clubs with Real Madrid holding the advantage over Barca, with a two-point advantage and also a game in hand. 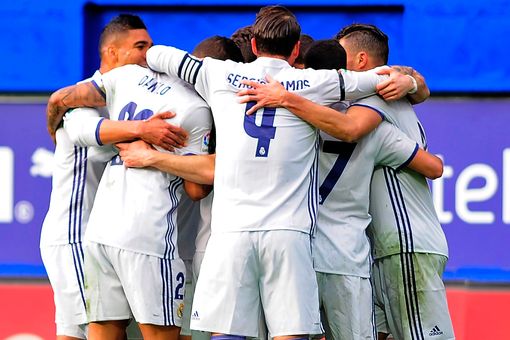 Sunday sees them look to extend that lead against Deportivo Alaves, whose results have taken the side from Vitoria to the verge of the battle for Europe, just four points off seventh place, which would give them a ticket for next season’s Europa League.

The Basques will be without a key player on Sunday however, as influential midfielder Marcos Llorente is not allowed to play against Madrid due to a clause in the loan deal with his parent club.

ALSO READ: Pochettino Rules Out Barcelona Job And Says He Could Never Take Charge At The Nou Camp

Real Madrid should be at full strength with the only debate over whether or not Keylor Navas continues in goal or if Kiko Casilla could be given a chance.

It is a busy week for sides in Spain, but Madrid has the advantage that none of their matches take them away from the capital.

Barcelona meanwhile is returning with one of their longest trips of the season as they visit second from bottom Granada, who have just 19 points and four wins all season.

Leo Messi is a big absentee for Barcelona as he misses out due to suspension after completing a cycle of bookings in the last game before the international break. Messi’s absence will place extra pressure on Neymar and Luis Suarez and Barca coach, Luis Enrique will hope they have recovered from their transatlantic flights to represent their respective countries.

Barcelona will know Madrid’s result by the time they kick off, but whether or not that is an advantage or added pressure is a moot point, given that whatever happens, they cannot afford to drop points against a rival that looks condemned to the drop.⁠⁠⁠⁠