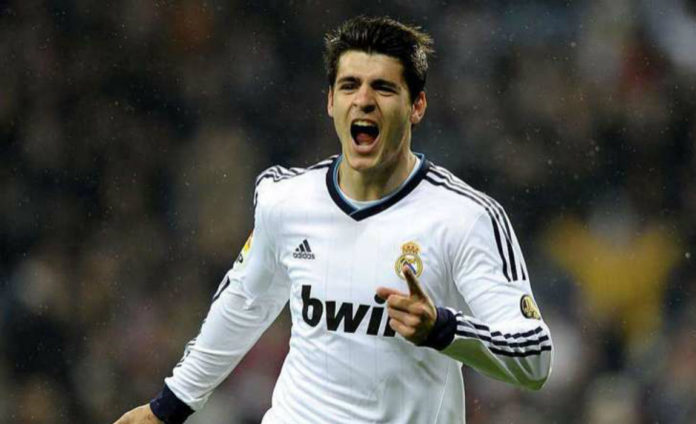 Real Madrid striker Alvaro Morata cemented his reputation with the Spain national side with two quickfire goals in the last 15 minutes of their 8-0 thrashing of Liechtenstein on Monday night, but now faces the reality of Real Madrid where he will have to fight for a place alongside the trip known as the ‘BBC’ .

Morata was Real Madrid’s only signing of the summer as the club took up the 30 million euros (around 33 million US dollar) buyback clause on his contract with Juventus, but he returned to a side containing Gareth Bale, Cristiano Ronaldo and Karim Benzema.

Both Ronaldo and Benzema were injured in the first two games of the season which Morata started, but both should be available to play against Osasuna on Saturday. So where will that leave Morata?

“There is competition in all of the best sides and even more so in Real Madrid,” he said in an interview with sports paper, Diario AS.

“My dream is to succeed with Real Madrid and if I wasn’t prepared to work for it I would have gone to a club where I knew I was going to play more. I am going to fight for my place, that is why I returned,” added Morata, who nevertheless knows it will be difficult.

“Bale, Ronaldo and Benzema are three of the best players in the world, but I am going to make it as hard as I can. Also during a long season there are suspensions and injuries and I hope that (Madrid coach) Zinedine Zidane decides to make squad rotations because that would be good for everyone, allowing some players to rest and others to play,” he concluded.