MATCH PREVIEW: REAL VALLADOLID VS ATLETICO MADRID, SIMEONE'S SIDE LOOK TO CLINCH THE TITLE ON THE LAST MATCH-DAY

Atletico Madrid travel to Estadio Municipal Jose Zorrilla to play Real Valladolid in the biggest match of their season. The match has huge ramifications on both ends of the table. A win would seal the La Liga title for Atletico Madrid after 8 years. That would cap off a highly successful season for the Los Rojiblancos. Real Valladolid meanwhile need these three points to save their status as a top-flight side.

Atletico Madrid have enjoyed an impressive campaign in La Liga and were the title favorites from game week one. Diego Simeone’s tactics and team selection were spot on in the league. They began the campaign with a 6-1 rout of Granada. The Madrid side cruised to the top of the table in the 14th game week and have not let the top spot slip out.

Atletico survived a mini scare last time out as they were trailing 1-0 to Osasuna with ten minutes to go. Real Madrid could’ve usurped them as the league leaders if not for a thrilling comeback. Renan Lodi and Luis Suarez scored in the dying moments to give them a 2-1 victory and put them in charge of their own fate. It shouldn’t have come to the last game week, but their patchy form recently has taken the title race to the last matchday. A win would seal the title which would be 11th in their history.

Describe your reaction to this with one emoji!
pic.twitter.com/tKZIV1Vg19

Valladolid on the other hand tried to improve on their 13th placed finish last season. Their ambitions got battered as they dragged themselves into a relegation fight. It looked like the Albivioletas were safe as a 5 game unbeaten streak put them in the 16th position. A string of 11 games without a win pushed them back into the 19th spot. A win combined with other results might just help them stay in the league.

The hosts are without their star winger Fabian Orellana who is sidelined with a muscle injury. Versatile Left-back Raul Carnero is also out for the game.

Sergio Gonzalez has an otherwise fully fit squad to choose from. Shon Weissman who was benched in the 4-1 defeat at Real Sociedad would come back into the team. 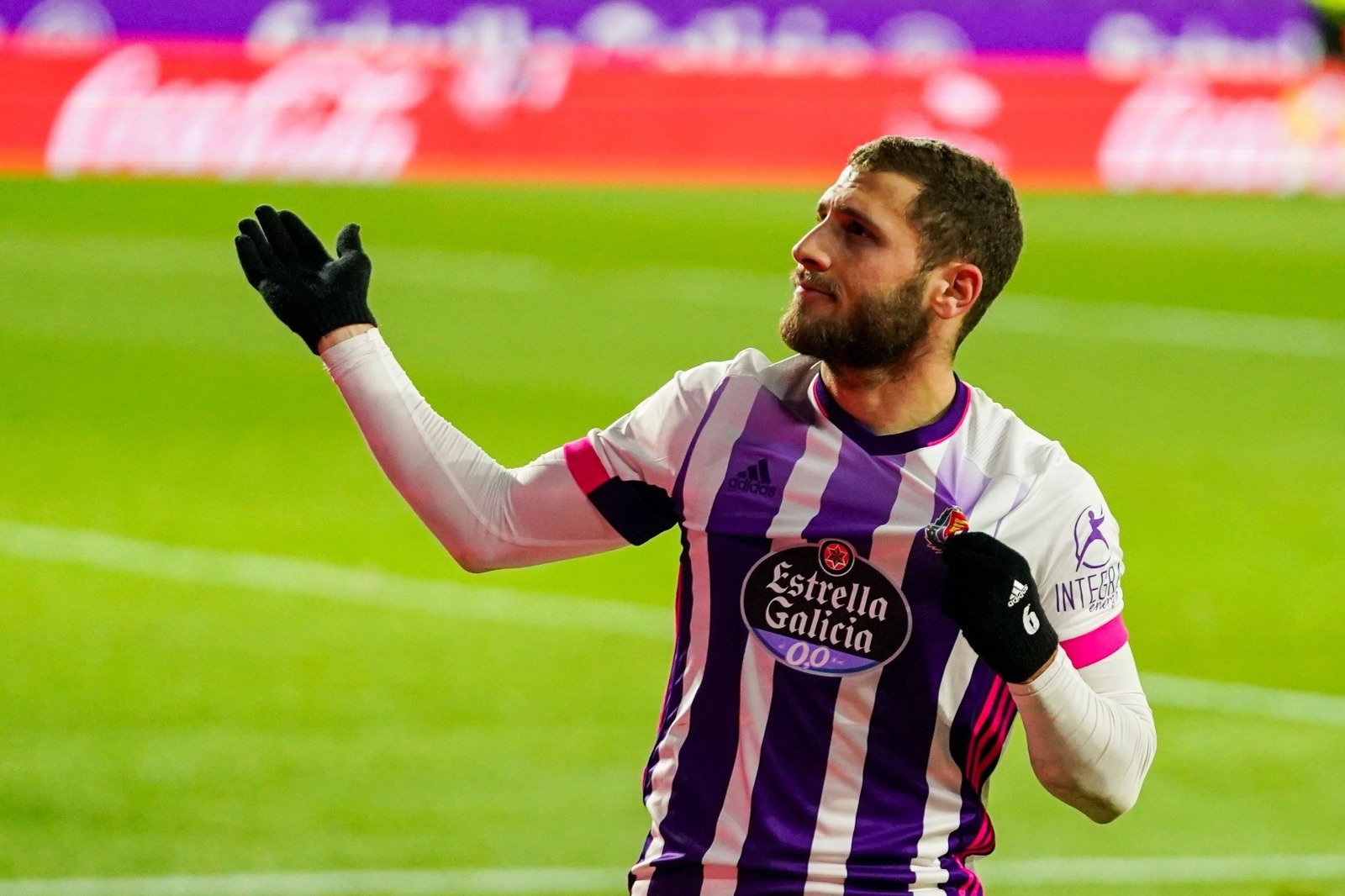 Thomas Lemar who scored a goal over Valladolid in the 2-0 win in the reverse fixture is the only notable absentee for Atletico Madrid. A muscle injury suffered in training in early May ended his season. Simeone also has no suspension worries and has a full squad to choose from.

Considering it’s the most important game of the season Simeone wouldn’t change the lineup that thrillingly beat Osasuna. Renan Lodi’s performances off the bench might tempt him to make a change at the left-back position.

When I find myself in times of trouble
Renan Lodi comes to me 💚💛 pic.twitter.com/QPdASww3yr

Oscar Plano might pose questions to Atletico’s defence. The 30-year-old winger who can play on either wing has mainly been deployed on the left-wing this season. He has 4 goals and 5 assists which is an impressive return for a side in the relegation zone. 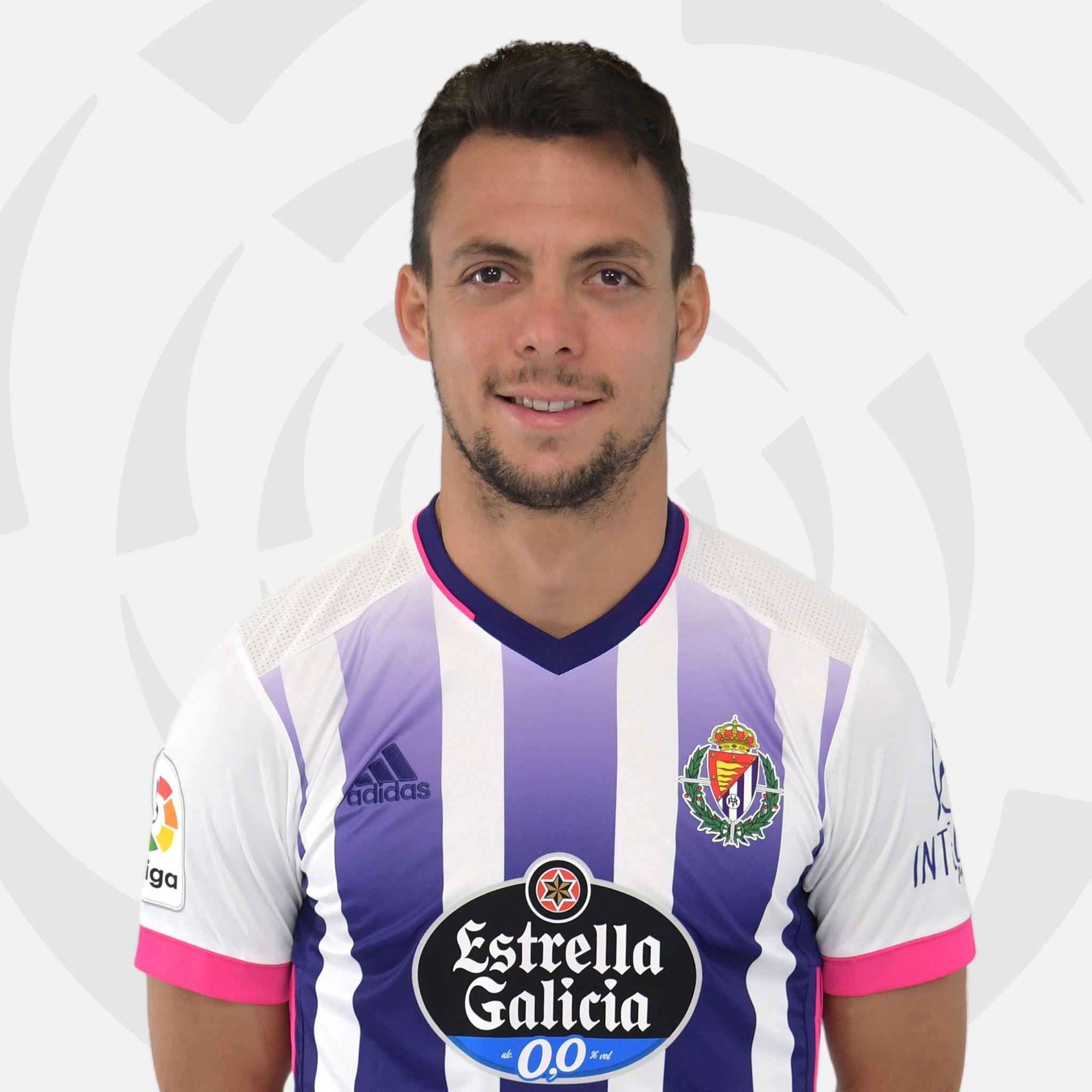 Oscar Plano can be the biggest threat to Atleti’s chances(Image Credits: LaLiga.com)

His runs and counter-attacking threat will pose a challenge for Kieran Trippier who is an attack-minded right full-back. Valladolid will look to shift the ball to Plano quickly on the break and catch Trippier off position. Marcos Llorente who plays on the right central midfield will keep an eye on him.

Luis Suarez is undoubtedly the biggest threat for Valladolid. The legendary Uruguayan sharpshooter was signed for next to nothing by Atletico from Barcelona. Suarez had a point to prove and his only way was to score goals.

2️⃣0️⃣ LaLiga goals for Luis in his debut Atleti season… with one game remaining 🔥 pic.twitter.com/sM7mt1Zuay

Diego Simeone’s system suited him perfectly. He dovetailed wonderfully with Atletico’s midfield and started scoring goals. Suarez has 20 goals to his name and he spearheaded Atleti’s title charge.

The centre-back duo of Joaquin Fernandez and Javier Sanchez must be on top of their game to stop the Uruguayan from ending the game with just a single finish.

The equation is simple for both sides. Atletico Madrid have their fate in their own hands. A win would confirm their 11th La Liga title. This would come as a huge testimonial to Diego Simeone and Luis Suarez in particular as they were questioned before the season. Valladolid have an uphill task. Overpowering a dangerous Atletico and taking 3 points sounds near impossible. A win would boost their chances of survival, which also depends on the results of Huesca and Elche.

We can expect Atletico to dominate the possession and attack from the word go. Valladolid would look to defend for their lives and hit on the counter.

FootTheBall expects Atletico to boss their opponents owing to their World-Class quality. We predict a 3-1 win to Atletico Madrid which will see them crowned as kings of Spain.