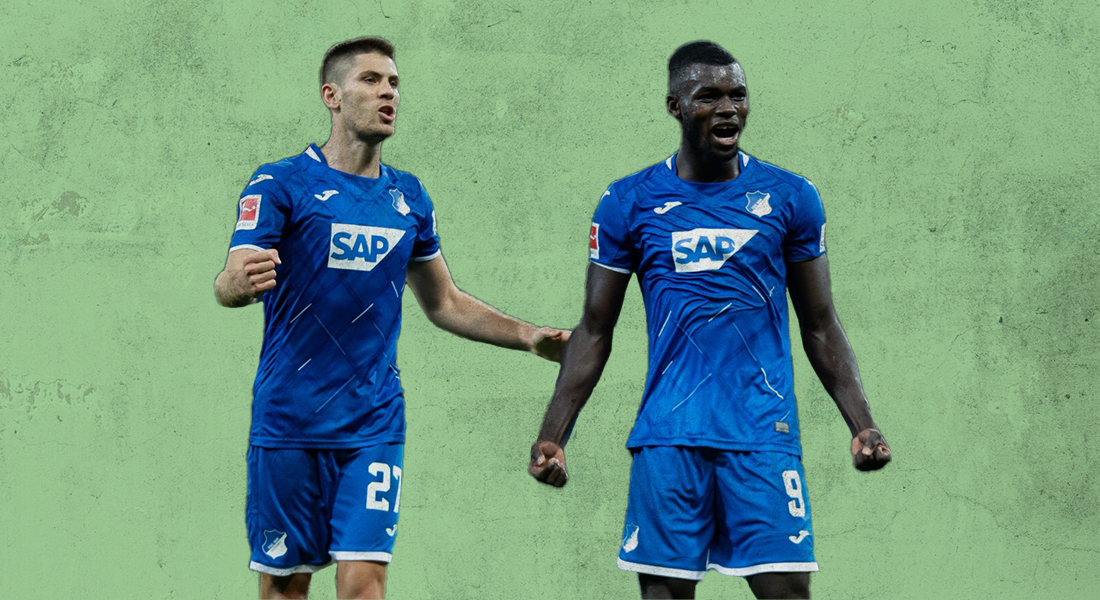 Hoffenheim downed Borrusia Monchengladbach by the odd goal in a five-goal thriller. After taking a two-goal lead at half-time, Gladbach were expected to see out the game in the second half. Then again Hoffenheim proved that 2-0 is the most dangerous lead in football. They produced a dream comeback to seal all three points and steer further clear of relegation. A defeat on the night further dents Gladbach’s slim hopes of European qualification. Here are three key talking points from the match –

Hosts Hoffenheim opted for a 4-3-3 with their main attacking outlet Andrej Kramaric playing in a deeper role from midfield. Gladbach lined up with a 4-4-2 with their French strike duo Marcus Thuram and Alassane Plea.Hoffenheim started the game brightly unlike their previous games where they were set up just to avoid relegation. Gladbach grew into the game as it progressed.

Gladbach scored against the run of the play when Plea fired one home from outside of the box from Thurams’s offload midway through the first half. Bebou almost equalized for Hoffenheim as he hit the post. Gladbach doubled their advantage in first-half stoppage time as Thuram set up Valentino Lazaro for a tap-in.

Coming onto the pitch in the second half, the hosts had their task cut out. They had chances earlier but weren’t able to take them. They needed to be more clinical in the final third.

Andrej Kramaric gave them a fast start as he scored three minutes into the half. The ball broke out to the Croatian following a corner and he buried it into the back of the net. Hoffenheim took charge of the game and had more of the ball.

Their domination showed as they deservedly got the equalizer as Ihlas Bebou scored from close range. The comeback was truly completed when Kramaric turned home Pavel Kaderabek’s cross midway through the second half. Gladbach tried their best to snatch something. They almost did but it was in vain. A late equalizer was canceled as the linesman raised his flag for offside.

Hoffenheim travel to Freiburg knowing that their safety is all but confirmed. They can ditch the pragmatic approach and go for an all-out attacking strategy.

Gladbach welcome Arminia Bielefeld knowing only three points would keep them in the hunt for Europe. Their season imploded once it was announced that their coach Marco Rose was leaving for Dortmund at the end of the season. Rose would love to shake today’s negative result and guide his side to European places before he leaves.