HAALAND AT THE DOUBLE 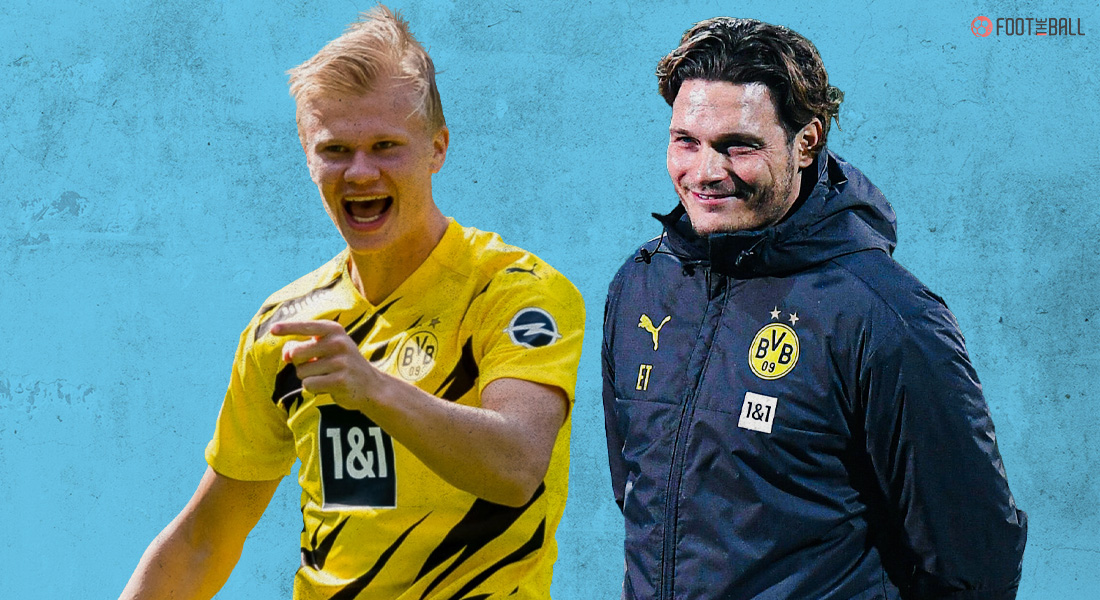 Borussia Dortmund boosted their shots at securing Champions Legaue football next season with a commanding 2-0 win over third placed Wolfsburg.

With both teams cancelling each other out in the opening ten minutes, it was no surprise when serial predator Erling Haaland opened the scoring after a mistake by Ridley Baku. The latter’s errant back pass was seized upon by the Norwegian who raced away from the chasing defenders and slotted it past Koen Casteels in the Wolfsburg goal.

That goal seemingly sparked Wolfsburg into life, as the remaining half went by with Die Wolffe creating some good attacking chances and Yannick Gerhardt missing two good chances to level things up. Dortmund seemed content to defend their lead and their defence was a tad bit overworked but the half ended 1-0 to Dortmund. Jude Bellingham picked up a yellow which would see him miss the next match against Leipzig.

What. A. Player. 🖤💛@BlackYellow

The second half began with much of the same, with Wolfsburg favouring the flanks more going forward. For Dortmund, Haaland and Manuel Akanji both went close, with the latter’s header from a corner being cleared off the line by Maximilian Arnold. Things apparently took a setback for the Black and Yellow after Bellingham picked up his second yellow of the match reducing them to ten. Wolfsburg could sense an opening but then Haaland did what Haaland does, again.

Mahmoud Dahoud picked Brooks’ pocket near Dortmund’s penalty box and a sumptous through ball set off the Norweigian attacker on his bike. With Lacroix unable to catch up, he curled the ball past Casteels for 2-0 and his tenth brace of the season. Wolfsburg created a few half chances but never seriously threatened Marwin Hitz in the Dortmund goal.

HAALAND HEATING UP AT THE RIGHT TIME

Erling Haaland came into this game looking to get back amongst the goals, and Wolfsburg were on the receiving end this time. His 24th and 25th goals of the season powered Dortmund on day it was much needed, especially after being reduced to 10 men with Bellingham’s reckless sending off. With three wins on the trot and Sancho almost nearing full fitness, Dortmund know they have a real good chance of making it into the Champions League.

Wolfsburg were looking to cement 3rd position in the table, and take a giant stride in qualifying for the Champions League for just the third time in their history. But their attack, though pretty, was profligate. Weghorst’s isolation at the top and Baku’s misplaced pass for the first Dortmund goal only made a bad afternoon worse. With a number of players missing good chances and a general lack of penetration while attacking, Oliver Gasner will know this was a golden chance missed.

Dortmund remain 5th but have cut down the gap to Wolfsburg to two points. Frankfurt are sandwiched between the two and are due to play Leverkusen later today. With only three match days remaining, the race for the Champions League is set to go down the wire.